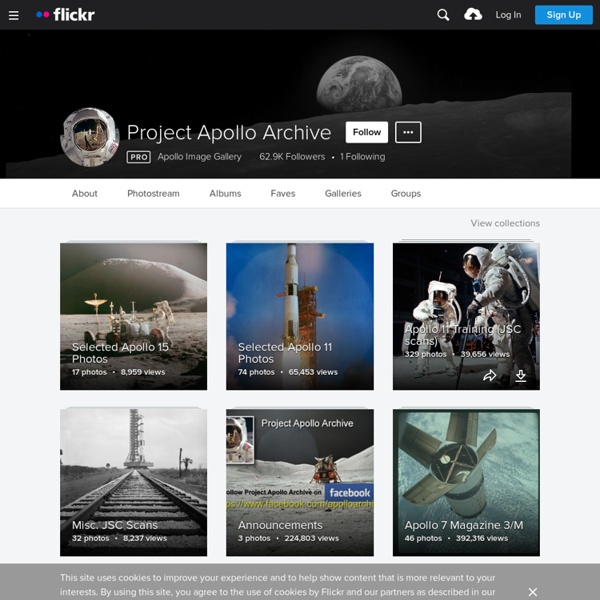 What Is The Biggest Star In The Universe? The universe is a big place, and it is home to a lot of big objects. For humans, contemplating even the size of Earth can be a struggle. It can be even more uncomfortable to consider that the planet under our feet is barely a speck when compared to the star it rolls its constant path around: the Sun. It is even more alarming still to think that the Sun is only an average-sized star. The enormity of some of the stellar inhabitants of the universe can be both terrifying and wonderful. Worms that can eat plastic could save us from destroying the planet. You tell me what's more repulsive: A Styrofoam cup laying on the ground... Photo by jnyemb/Flickr ...or a pile of slimy, pulsing mealworms? 12 Little Known Laws of Karma by Raven E. Aurlineus, et al.. What is Karma? Karma is the Sanskrit word for action. It is equivalent to Newton’s law of ‘every action must have a reaction’.

These trees in Ecuador are reportedly 'walking' up to 20 metres per year They might lack the ability to launch a war against the forces of Isengard, or converge for a meeting about what to do about some pesky hobbits, but a species of tree in a remote section of Ecuador can, reportedly, walk. You heard that right, there’s a very real species of palm tree, Socratea exorrhiza, that can grow new roots to 'sidestep' its way to better soil. And not just a little sidestep, either. Bill Weaver Mach 3+ Blackbird Breakup Among professional aviators, there’s a well-worn saying: Flying is simply hours of boredom punctuated by moments of stark terror. And yet, I don’t recall too many periods of boredom during my 30-year career with Lockheed, most of which was spent as a test pilot. By far, the most memorable flight occurred on Jan. 25, 1966.

How Accurate Is The Martian? 9 Things The Movie Got Right And Wrong "The Martian" is hitting cinemas right about now, and already it is being heralded as one of the most scientifically accurate sci-fi films of all time. We’ve seen the movie, and we’ve got to say, it’s amazing how far we’ve come since "Armageddon" (shudder). NASA has been so impressed, they've been using the movie as a marketing campaign for their own, actual manned missions to Mars in the 2030s.

PanelPicker This past year, students from around the world came together to collaborate on world issues affecting their communities, taking the concept of global learning and turning it into a reality. In GlobalCOlab (GCL), Students teaching students from around the world, has connected students and educators from different cultures and religions from around the world to cross-cut disciplines, curricula, and traditional subjects to empower participants through student-led and student-created topics. These topics are based around global issues affecting each student’s community. GCL educators will discuss the need for an educational paradigm shift towards a global classroom in a one hour panel format. Additional Supporting Materials

Turn Songs into 3D-Printed Sculptures You Can ‘Listen To’ with Reify Since the earliest days of Winamp and other media players with vizualization software that transformed our favorite songs into pulsing animations, we’ve all grown accustomed to “seeing” music on a computer screen. A new company called Reify aims to put those same sound wave interpretations in your hands, as 3d-printed sculptures. Lead by founder and CEO Allison Wood, the team is creating software that turns any snippet of audio—from rock music to spoken poetry—into curious objects 3d-printed from bronze, plastic, or even coconut husk. Reify is also creating software that allows you to ‘scan’ the sculptures with your phone to interpret them back into audio. It’s not clear from their concept video if the music is recognizable, but that’s probably not the point. These sound sculptures seem to be more about visual presentation than media like vinyl or a phonograph.

Where Is All The "Missing" Carbon Going? Assistance in fighting climate change appears to be coming from some very unlikely places: deep aquifers under deserts. The claim could have significant implications for how we try to lock carbon away. Every year, humans release over 36 billion tonnes (40 billion tons) of carbon dioxide through the burning of fossil fuels and felling of forests. A Library Of Every Drug That Could Ever Exist Billions of billions of billions of maybe-helpful molecular compounds remain to be discovered, and used for targeting a whole host of medical problems. But who has the time to conjure a novemdecillion drugs? (That number is a 1 with 60 zeroes after it.)

Rare Double Star System Seen In Final Death Throes Before It Explodes An incredible stellar system has been found where two stars are so close that their surfaces are overlapping. It is the hottest and most massive double star system ever seen, and provides a rare glimpse into what is believed to be a relatively brief cosmic event. The system is known as VFTS 352, found 160,000 light-years away in the Tarantula Nebula by the European South Observatory's Very Large Telescope. Both of the stars are nearly identical in size, with a combined mass 57 times greater than the Sun, meaning one is not sucking material from the other – rather, they are likely sharing 30% of their material.

BUILDING BIG: Home Page Explore large structures and what it takes to build them with BUILDING BIG™, a five-part PBS television series and Web site from WGBH Boston. Here are the main features of the site: Bridges, Domes, Skyscrapers, Dams, and Tunnels. The Labs Try your hand at our interactive engineering labs. The Challenges Take on the challenges of building big. Enigma Simulator This software is an exact simulation of the 3-rotor Wehrmacht (Heer and Luftwaffe) Enigma, the 3-rotor Kriegsmarine M3, also called Funkschlussel M, and the famous 4-rotor Kriegmarine M4 Enigma cipher machine, used during World War II from 1939 until 1945. The sim has a very authentic feeling with its hands-on approach: you can select between the three models, actually lift out and insert different rotors, adjust their ring setting and set up the plugboard. The internal wiring of all rotors is identical to those that were used by the Wehrmacht and Kriegsmarine. This simulator is therefore fully compatible with the various real Enigma models and you can decrypt authentic wartime messages or encrypt and decrypt your own messages. The program comes with a very complete 22 page helpfile, containing the manual, some original messages, the history of Enigma and all technical details of the machine. The simulator also has a picture gallery of Enigma machines.