U2 - With Or Without You 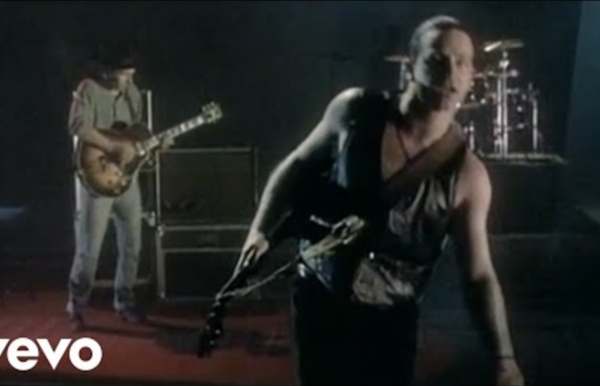 The Wicker Man (1973 Edit Storyline Sgt. HomeschoolScientist Upload TheHomeschoolScientist.com Subscription preferences Loading... Working... HomeschoolScientist drawstuffrealeasy Upload ShooRaynerDrawing Channel Subscription preferences Old School Television Upload Subscription preferences Loading... Working... Physics Community Afire With Rumors of Higgs Boson Discovery | Wired Science One of the biggest debuts in the science world could happen in a matter of weeks: The Higgs boson may finally, really have been discovered. Ever since tantalizing hints of the Higgs turned up in December at the Large Hadron Collider, scientists there have been busily analyzing the results of their energetic particle collisions to further refine their search. “The bottom line though is now clear: There’s something there which looks like a Higgs is supposed to look,” wrote mathematician Peter Woit on his blog, Not Even Wrong. According to Woit, there are rumors of new data that would be the most compelling evidence yet for the long-sought Higgs.

DNA molecules can 'teleport', Nobel Prize winner claims A Nobel Prize winning biologist has ignited controversy after publishing details of an experiment in which a fragment of DNA appeared to ‘teleport’ or imprint itself between test tubes. According to a team headed by Luc Montagnier, previously known for his work on HIV and AIDS, two test tubes, one of which contained a tiny piece of bacterial DNA, the other pure water, were surrounded by a weak electromagnetic field of 7Hz. Eighteen hours later, after DNA amplification using a polymerase chain reaction, as if by magic the DNA was detectable in the test tube containing pure water. Two Diamonds Linked by Strange Quantum Entanglement | Spooky Action at a Distance | Quantum Mechanics Macroscopic Objects Scientists have linked two diamonds in a mysterious process called entanglement that is normally only seen on the quantum scale. Entanglement is so weird that Einstein dubbed it "spooky action at a distance." It's a strange effect where one object gets connected to another so that even if they are separated by large distances, an action performed on one will affect the other. Entanglement usually occurs with subatomic particles, and was predicted by the theory of quantum mechanics, which governs the realm of the very small. But now physicists have succeeded in entangling two macroscopic diamonds, demonstrating that quantum mechanical effects are not limited to the microscopic scale. "I think it's an important step into a new regime of thinking about quantum phenomena," physicist Ian Walmsley of England's University of Oxford said."

Particle in a box In quantum mechanics, the particle in a box model (also known as the infinite potential well or the infinite square well) describes a particle free to move in a small space surrounded by impenetrable barriers. The model is mainly used as a hypothetical example to illustrate the differences between classical and quantum systems. In classical systems, for example a ball trapped inside a large box, the particle can move at any speed within the box and it is no more likely to be found at one position than another.

Quantum Physics Revealed As Non-Mysterious This is one of several shortened indices into the Quantum Physics Sequence. Hello! You may have been directed to this page because you said something along the lines of "Quantum physics shows that reality doesn't exist apart from our observation of it," or "Science has disproved the idea of an objective reality," or even just "Quantum physics is one of the great mysteries of modern science; no one understands how it works." Green Sea Turtle Facts for Kids | Endangered Animals When born, green sea turtles are only 5 cm (2 in) long. But they grow up to 1.5 meters (5 ft) in length and can weigh over 300 kg (700 lbs), making them the largest of the hardshell sea turtles. The dorsal shell of the green turtle, or carapace, is wide, smooth, and brownish-olive in color. The underside of the shell, or plastron, is yellow. Green sea turtles are so named for the greenish hue of their skin.

Marine turtles Habitat loss and degradation Uncontrolled development has led directly to the destruction of critically important nesting beaches. Lights from roads and buildings attract hatchlings and disorient them away from the sea. The Serious Eats Field Guide to Asian Greens [Photographs: Ben Jay, unless otherwise noted] When you walk into the produce section of your local Asian supermarket, you'll probably be greeted by a dazzling but daunting display of unusual greens. They're all great, and easy to cook, but it helps to be armed with some knowledge to tell your shoots from your choys. That's why we highlighted the most common varieties you'll find in Asian groceries with notes on what they are, how they taste, and most importantly, what to do with your haul.

Painting with no art skills I've loaded the picture into Inkscape (open source, at and converted it into a black and white vector graphic with Path > Trace Bitmap > Brightness cutoff. I played a bit with the parameters to get a nice result, and removed some regions I was not interested in from the bottom right corner. I used something like this: Mode: [x] Brightness Cutoff Threshold: 0.350 Options: Suppress speckles: Size 20 I exported this graphic as a bitmap, in the native resolution of the projector so no further scaling is necessary (1280x720 in my case).

The Beauty of Maps: A Documentary Here we bring you the 4 part BBC series, The Beauty of Maps. Released almost a year ago the documentary takes us through the staggering four million map collection of the British Library in London. Through the ages the story of the worlds landscape and population has been told through the creative and colorful use of maps. Often that tale has been destorted or idealized by the map maker, adding layers of history and revealing the society behind the maps making. Some examples are simply informational, the layout of streets and their names… others are highly beautiful, displaying a careful hand and creative mind.