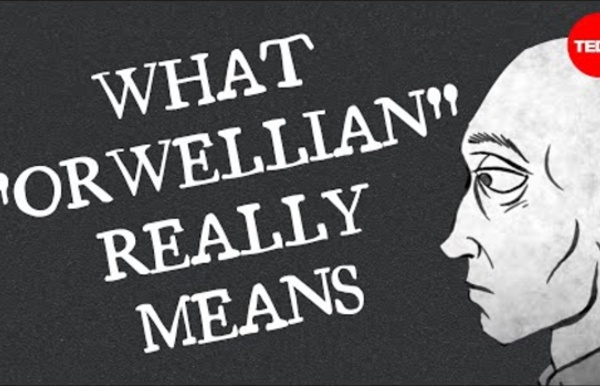 UK intelligence and police using child spies in covert operations British police and intelligence agencies are using children as spies in covert operations against terrorists, gangs and drug dealers. A committee of the House of Lords revealed the practice while raising the alarm over government plans to give law enforcement bodies more freedom over their use of children. Some of the child spies are aged under 16, the committee says, adding that it was worried about proposals to extend from one month to four the period of time between each occasion that child spies go through a re-registration process. “We are concerned that enabling a young person to participate in covert activity associated with serious crime for an extended period of time may increase the risks to their mental and physical welfare,” said the committee, chaired by Lord Trefgarne, a former Tory government minister. The House of Lords secondary legislation scrutiny committee raised concerns over the orders in a report published last Thursday. … we have a small favour to ask.

What Is QAnon: Explaining the Internet Conspiracy Theory That Showed Up at a Trump Rally Those watching President Trump’s rally in Tampa on Tuesday couldn’t help but be exposed to a fringe movement that discusses several loosely connected and vaguely defined — and baseless — conspiracy theories. In one shot on Fox News, the president was partially obscured by a sign in the crowd reading “We Are Q.” In another shot during the president’s speech, a sign promoting the debunked Seth Rich conspiracy theory, with the hashtag #Qanon, came into focus in the center of the screen. Some attendees wore T-shirts with a blocky Q. Others held up signs with the letter. They were all self-described “followers of Q,” an anonymous person or group of people who claim to be privy to government secrets. A Handmaid’s Tale of Protest Silent, heads bowed, the activists in crimson robes and white bonnets have been appearing at demonstrations against gender discrimination and the infringement of reproductive and civil rights. The outfits are inspired by the characters in “The Handmaid’s Tale,” by Margaret Atwood. The 1985 novel, which was made into a series on Hulu this year, tells the story of a religious coup that gives rise to a theocracy called Gilead, where women are stripped of rights and forced to bear children for the society’s elite. Some have drawn comparisons between the show and the current political climate. In Vanity Fair, one critic explored whether it was an allegory for the Trump era. In The New Yorker, a reviewer discussed its “grotesque timeliness”; another at the same publication said that already “we live in the reproductive dystopia” the show presents.

I survived the Warsaw ghetto. Here are the lessons I’d like to pass on Germany’s chancellor Angela Merkel stated this summer that “when the generation that survived the war is no longer here, we’ll find out whether we have learned from history”. As a Polish Jew born in 1925, who survived the Warsaw ghetto, lost my family in the Holocaust, served in a special operations unit of the Polish underground, the Home Army, and fought in the Warsaw uprising of 1944, I know what it means to be at the sharp end of European history – and I fear that the battle to draw the right lessons from that time is in danger of being lost. Now 93 years old and living in Tel Aviv, I have watched from afar in recent years as armchair patriots in my native Poland have sought to exploit and manipulate the memories and experiences of my generation. But this is not just a Polish phenomenon: it is happening in many parts of Europe, and our experiences hold lessons for the whole continent. The same applies to those who failed in their moral obligations during that time.

eu.azcentral Opinion: Does the president want to be Big Brother? He sure sounds like him. President Donald Trump has gone from being a parody of the Big Brother character in George Orwell’s dystopian novel, “1984,” to becoming Big Brother, quoting the authoritarian tyrant of the novel almost verbatim. I can't help but wonder, now, if the president has been anticipating Tuesday's release of the secret tape recording made by his former lawyer, the "fixer" Michael Cohen. On the tape, played on Chris Cuomo's CNN show, Trump and Cohen discuss a plan to purchase the rights of Playboy model Karen McDougal's story about her alleged affair with Trump.

‘Hostile Architecture’: How Public Spaces Keep the Public Out Strips of sharp metal teeth run alongside a low garden wall on East 96th Street. Metal bars divide a public bench on East 47th Street. Ugly bolts line the ledges at a public plaza on East 56th Street. These are all ways of saying “don’t make yourself at home” in public. This so-called hostile architecture has flourished in New York, even as the city has significantly added more public space in the last decade, including new plazas and parkland, pedestrian areas once used for cars and reclaimed industrial waterfront. Proponents say this type of urban design is necessary to help maintain order, ensure safety and curb unwanted behavior such as loitering, sleeping or skateboarding.

Alarm over talks to implant UK employees with microchips Britain’s biggest employer organisation and main trade union body have sounded the alarm over the prospect of British companies implanting staff with microchips to improve security. UK firm BioTeq, which offers the implants to businesses and individuals, has already fitted 150 implants in the UK. The tiny chips, implanted in the flesh between the thumb and forefinger, are similar to those for pets. They enable people to open their front door, access their office or start their car with a wave of their hand, and can also store medical data. Another company, Biohax of Sweden, also provides human chip implants the size of a grain of rice. Trump 2018 or Orwell’s ‘1984’? President’s speech prompts comparisons to dystopian novel Critics are comparing U.S. President Donald Trump’s attacks on so-called “fake news” to the George Orwell book 1984, after the president urged supporters to ignore what they see with their own eyes. “What you’re seeing and what you’re reading is not what’s happening,” Trump told a gathering of the Veterans of Foreign Wars on Tuesday. READ MORE: Trump tweets ‘Tariffs are the greatest!’ as $12B in emergency aid announced for U.S. farmers