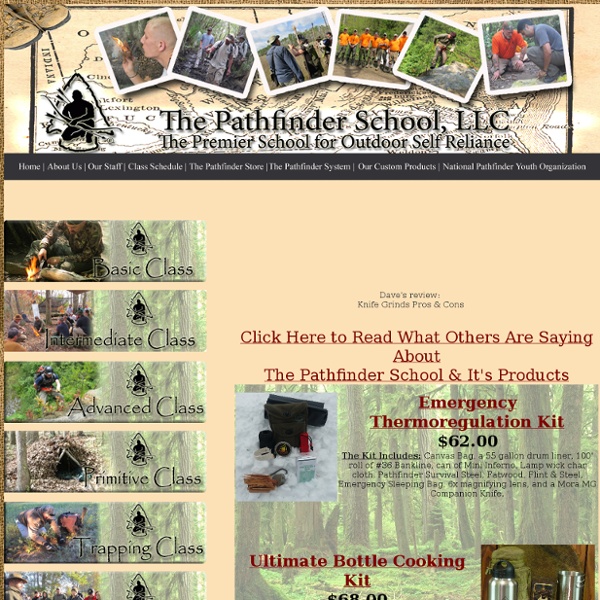 Laz's 2011 Flashlight Buyers Guide * Warning this guide is aimed at first time buyers of quality LED lights. Those looking for $5 lights look elsewhere. * Caution to experts. There will be simplification, technical heresy, summarization, cpf blasphemy and general boiling down of information. Not for the faint hearted. During the last 6 months I've embarked on a quest to overhaul my extremely outdated flashlights. The amount of information out there is almost overwhelming. For the most part the internet information came in two varieties. This guide attempts to point buyer’s straight too high value lights in defined categories. First what not to buy - Ordering from DealExtreme or similar site. Battery Brush-up General Purpose/ Heavy Duty / Super Heavy Duty – These are cheap batteries made from zinc. Alkaline – Standard disposable battery. $0.25-$1 a cell. Oxyride – Fancy alkalines with slightly better performance. Lithium – High end disposable batteries. NiCad – Old rechargeable batteries. General way to relate to lumens.

Lagoonia Lagoonia was a browser-based social game developed and published by InnoGames which gave players the opportunity to build up their own tropical island paradise. The focus of Lagoonia was the social interaction between the players like talking, playing together or flirting. It also offered a variety of options in character development and witnessing the whole life circle of a character from birth to death. Starting out as the survivor of a plane crash, players of Lagoonia had to begin a new life on a deserted island. Since Lagoonia was discontinued at the end of 2013, you may want to check out the current game portfolio of InnoGames.

Top 10 Most Dangerous Plants in the World 1. Most likely to eat a rat Giant Pitcher Plant: Nepenthes attenboroughii Discovered more than 5000 feet above sea level on Mount Victoria in the Philippines, the giant, carnivorous pitcher plant secretes a nectar-like substance to lure unsuspecting prey into a pool of enzymes and acid. 2. Castor Bean Plant: Ricinus communis Castor-bean plants can be purchased at just about any garden center, despite containing the deadly poison ricin. 3. Western Water Hemlock: Cicuta douglasii Deemed the most "violently toxic plant that grows in North America" by the USDA, the water hemlock contains the toxin cicutoxin, which wreaks havoc on the central nervous system, causing grand mal seizures--which include loss of consciousness and violent muscle contractions--and eventually death, if ingested. 4. White snakeroot: Eupatorium rugosum Drinking milk from a cow that decided to chow down on white snakeroot could lead to deadly milk sickness, as was the case with Abraham Lincoln's mother Nancy Hanks. 5. 6.

Welcome to Survival UK | Survival UK By Skean Dhude Hi, Welcome to this site. A survival site that is biased towards survival in the UK. Be it simply living in a more sustainable manner in our economic climate or living through some natural or political event. You never know what the future hold and we are already tightening our belts due to political incompetence. Those socialist clowns from the Labour circus have been replaced with socialist clowns from the Conservatives and Lib Dems so things have not really changed and it is going to take a while before it gets any better. As you are aware the UK is already in big trouble. To this end I intend to tailor articles to allow everyone to benefit from the information so they can live within their means and supplement their standard of living and also prepare for a potentially worse situation while staying within UK law. Feel free to click the categories down the side to select your interest. Join the Forum and get involved with our discussions.

Online Games play for free Picking Jobs - the international job site linking employers with seasonal workers Occupy! What is the 'Occupy' movement? Is it a movement, even, or a tactic? Why are there no substantial and coherent demands, and is this an aspect itself of the desire to achieve real democracy? Are its beginnings in the call by Adbusters to 'Occupy Wall Street' on September 17th, 2011, providing the catalyst to Occupations in over 95 cities across 82 countries in the following winter? Or can we trace the movement back to the Arab Spring, or further still, to Tiananmen Square? Wherever its origins, today the call to occupy is resounding across the globe. 2012 is the year to 'Occupy Everything', but what will this mean? OurKingdom has explored the birth of Occupy through its Networked Society debate, on the way in which new technologies are transforming how we communicate, deliberate and organise. See our page of communiques from occupations and protests around the world.

Rise of the Preppers: America's New Survivalists - Newsweek and The Daily Beast Lisa Bedford is what you'd imagine of a stereotypical soccer mom. She drives a white Tahoe SUV. An American flag flies outside her suburban Phoenix home. She sells Pampered Chef kitchen tools and likes to bake. But about a year ago, Bedford's homemaking skills went into overdrive. In the past, survivalists and conspiracy theorists might go out into the woods, live out of a bunker, waiting (or sometimes hoping) for the apocalypse to hit. That reaction, of course, means different things to different people. Researchers say that interest in survivalism can often be a barometer of social anxiety; and in many cases, says sociologist Richard Mitchell, it can be a response to modern stress. While there's no scientific data to track survivalism's recent growth, some preppers have speculated it's reached a level not matched in decades. Government has always played an active role in emergency preparedness.