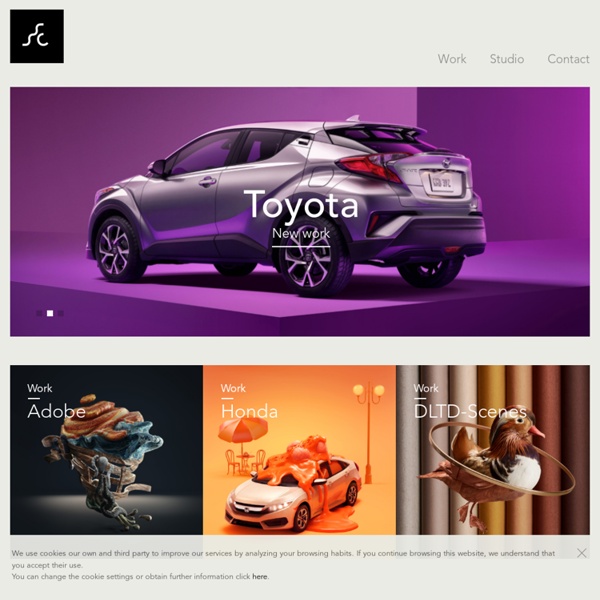 Davidope’s mesmerizing animations Davidope is creative director and founder of Volll studio, based in Budapest. Besides that he has a tumblr where he show off some cool stuff he find online and AWESOME animated gifs he make. Black and white ipnotizing machines, optical illusions with 3D depth. You’ll get stunned. A new way to play Daniel Nelson - Graphic Designer Misc. Work & Projects A vector watch created in Illustrator A 3D-render of a fictionary beer brand. Created for my friend who has a song called "Zyber Beer" with his band "Beerklunkers". Pitch for a promotional folder (3D) Kenneth Cachia - Freelance Designer Shape Shifter is a canvas experiment in which a set of particles is used to render different shapes based on the user's input. It supports multiple modes: text, countdown, time and icons. Project Github

lbumes web de Picasa - A non-4AD tribute... +You Search Images Maps Play Wind Map An invisible, ancient source of energy surrounds us—energy that powered the first explorations of the world, and that may be a key to the future. This map shows you the delicate tracery of wind flowing over the US. The wind map is a personal art project, not associated with any company. We've done our best to make this as accurate as possible, but can't make any guarantees about the correctness of the data or our software. Please do not use the map or its data to fly a plane, sail a boat, or fight wildfires :-) If the map is missing or seems slow, we recommend the latest Chrome browser.

An interview with Vaughan Oliver From the outside it’s probably easier to find the album (the first by Clan of Xymox?) in which to detect your personal style… Probably, but to me, and also for other people with whom we worked as a team to create artwork for 4AD, until we participated in an exhibition of our whole catalogue, this recognisable style wasn’t so clear.