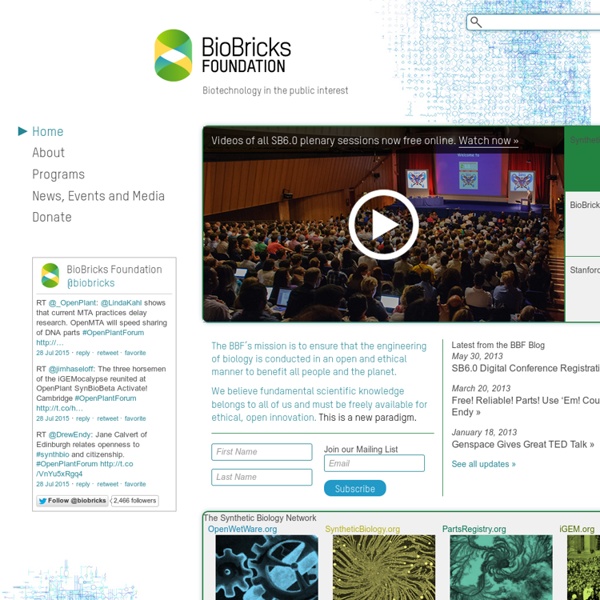 Confdetail360 This conference will focus on the advancement of synthetic biology, especially its application in the field of antibiotic production in filamentous fungi and actinomycete bacteria, including the implementation and modification of complex biosynthesis pathway modules in existing and new production hosts. Antibiotics production is regulated by complex networks and involves intricate multi-step biosynthetic machineries, as well as major reorganization of primary metabolic fluxes to redirect cellular metabolic resources towards their biosynthesis. The urgent need for new antibiotics caused by the accelerating emergence of multi-drug resistant pathogens worldwide has led to a strong interest in the research community for decidedly novel approaches, collectively referred to as Synthetic Biology. To learn more about the conference, please see the Final Programme(PDF) List of Invited Speakers and Accepted Participants

Sea urchin nickel 'trick' could be key to capturing carbon 4 February 2013Last updated at 21:57 ET By Matt McGrath Environment correspondent, BBC News A close up of the skeleton of a sea urchin which could help capture and store carbon Researchers say that the natural ability of sea urchins to absorb CO2 could be a model for an effective carbon capture and storage system. Newcastle University scientists discovered by chance that urchins use the metal nickel to turn carbon dioxide into shell. Dan publishes essay on the DIY experience Photo: Bryan Bedder / The Daily The art of science: Artist and Genspace co-founder Nurit Bar-Shai experiments with Paenibacillus vortex bacteria, which was shared from the Tel Aviv University lab of Dr. Eshel Ben Jacob. Check out cofounder Dan Grushkin’s article in The Daily about working in a community lab. The piece has already been reblogged over 10,000 times. Try This at Home.

Confdetail241 The field of synthetic biology holds a great promise for the design, construction and development of artificial (i.e. man-made) biological (sub)systems, by offering viable new routes to ‘genetically modified’ organisms, smart drugs and hybrid computational-biological devices. The informed manipulation of such biological (sub)systems could have an enormous positive impact on our societies, with its effects being felt across a range of activities such as the provision of healthcare, environmental protection and remediation to the construction of smarter more ubiquitous bio-integrated computing systems, etc. The basic premise of synthetic biology is that methods commonly used to build non-biological systems, such as those employed in the computational sciences and the engineering disciplines that can deal with large and complex systems, could also be use to specify, design, implement, test and deploy novel synthetic biosystems.

Centre for Synthetic Biology and Innovation The Centre for Synthetic Biology and Innovation (CSynBI) is developing the foundational tools for synthetic biology and using these to generate innovative biological applications for cutting-edge research, healthcare and industry. Along with our research and development of synthetic biology we also integrate our science with emerging ethical, legal and societal issues to responsibly mature this powerful new technology. The research laboratories of CSynBI opened in April 2010 and have already produced many exciting publications in synthetic biology.

Synthetic biology, ethics and the hacker culture Read Thomas L. Friedman’s “The World is Flat” or Neal Stephenson’s “Cryptonomicon”, and you get a glimpse into how the hacker culture that emerged at the tail end of the twentieth century revolutionized the digital world. Will a confluence of emerging technologies—including information tech, biotech, and nanotech—lead to a similar revolution in the biological world? Behind every computer screen is a complexity of software and hardware that together create a virtual world in which many of us spend more time living out our lives than is probably healthy—whether crunching numbers, playing games or churning out our latest blog. This world is built in part (some would say a large part) on the work of technically savvy individuals—hackers—who have learned the art of manipulating the fundamental building blocks of the digital world. Reading through a just-released report on the social and ethical challenges of synthetic biology commissioned by the U.K.

Genomes of 201 microbes sequenced 15 July 2013Last updated at 09:09 GMT By Rebecca Morelle Science reporter, BBC World Service Microbes that can thrive in extreme environments - but are tricky to grow in the laboratory The genetic secrets of some of the most abundant and diverse forms of life on Earth have been uncovered by scientists.