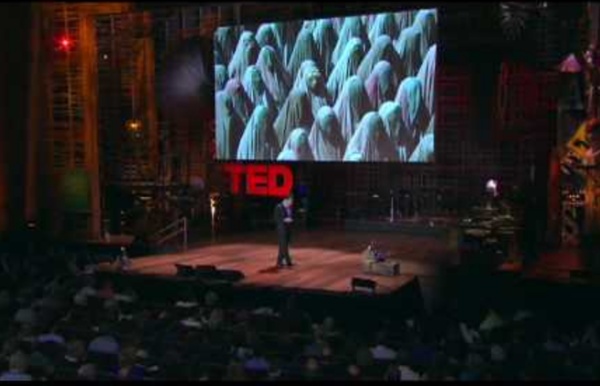 ::: Youth English Debating Championship ::: The Story Of Positive Thinking We have all heard the slogans. “Think Positive!”, “Expect only the best outcomes!”, “Strive to be happy”, “Avoid negativity!” Positive thinking has become quite popular amongst spiritual communities and even in the business world. But let’s tune into the underlined key words that are often paired with this concept. Notice how agitated and demanding these thoughts and concepts feel in the body. Sure, we can try to avoid or shape this moment all we want and believe that this is how you create your ‘ideal’ reality. The truth is, there can be a belief system or a suppressed emotional baggage behind our thoughts and desires. Why should we put so much effort in creating happiness? Notice how our minds have been programmed to avoid uncomfortable feelings. “An uncomfortable feeling is like a compassionate alarm clock that says, “You’re in the dream.” Self-policing our way to “happiness” is no different than walking on eggshells. And guess what happens when we try to avoid what challenges us?

Game Theory (Stanford Encyclopedia of Philosophy) - StumbleUpon First published Sat Jan 25, 1997; substantive revision Wed May 5, 2010 Game theory is the study of the ways in which strategic interactions among economic agents produce outcomes with respect to the preferences (or utilities) of those agents, where the outcomes in question might have been intended by none of the agents. The meaning of this statement will not be clear to the non-expert until each of the italicized words and phrases has been explained and featured in some examples. Doing this will be the main business of this article. First, however, we provide some historical and philosophical context in order to motivate the reader for the technical work ahead. 1. The mathematical theory of games was invented by John von Neumann and Oskar Morgenstern (1944). Despite the fact that game theory has been rendered mathematically and logically systematic only since 1944, game-theoretic insights can be found among commentators going back to ancient times. 2. 2.1 Utility

Conrad Black: A serious conversation for a serious country Article content Someone was dragooned into the National Post last week to respond to my comments on the Truth and Reconciliation Commission of Canada’s final report on the Indian residential school system. Having assured his tiny number of Twitter followers that my approach was “hopelessly racist,” his rebuttal was piffle. The metal tools from 6000 BC (in the midst of an ice age) that were discovered around Lake Superior, for example, had largely disappeared from North American Indigenous society by the time the Europeans arrived 7,500 years later, and there has never been any evidence that they used smelting, melting or casting in the production of metal objects. I have been a militant racial egalitarian all my conscient life. People and races are equal, but civilizations are not. Advertisement This advertisement has not loaded yet, but your article continues below. Essentially the same unrigorous reasoning afflicts our entire policy debate. National Post cmbletters@gmail.com NP Posted

» the best goal is no goal “With the past, I have nothing to do; nor with the future. I live now.” ~Ralph Waldo Emerson Post written by Leo Babauta. The idea of having concrete, achievable goals seem to be deeply ingrained in our culture. These days, however, I live without goals, for the most part. It means you stop letting yourself be limited by goals. Consider this common belief: “You’ll never get anywhere unless you know where you’re going.” And there’s the rub: you have to open your mind to going places you never expected to go. Today, I live mostly without goals. The problem with goals In the past, I’d set a goal or three for the year, and then sub-goals for each month. Unfortunately, it never, ever works out this neatly. And so your weekly goals and monthly goals get pushed back or side-tracked, and you get discouraged because you have no discipline. Of course, you don’t actually end up getting there. Here’s the secret: the problem isn’t you, it’s the system! How it works What do you do, then? Quick questions

113 Extemporaneous Speech Topics • My Speech Class Extemporaneous speech topics tutorial including preparation in three steps and examples. Prepare good, quick and properly in a minimum of preparation time for school and / or college assignments, tournaments or business public speaking occasions. The goal of right extemporaneous speaking is this: to persuade or inform an audience briefly. This is the common general definition of speaking. If you are asking yourself: What should I do in the extemp speech? In general, we can define three specified types of extemporaneous speeches: High School And College Assignments – Always do what your teacher asks you to do! Preparation In 3 Steps These three steps for preparing extemporaneous speech topics will help you to do what you have to do: answering the question in case of school assignments or tournaments. The First Step – Analyze what extemporaneous question you have to answer: Can We Write Your Speech? Get your audience blown away with help from a professional speechwriter. Outline Examples I. I.

axioms Contents Contents | rgb Home | Philosophy Home | Axioms | Other Books by rgb: | The Book of Lilith | Axioms is a work that explores the true nature of human knowledge, in particular the fundamental nature of deductive and inductive reasoning. It begins by embracing Hume's Skepticism and Descartes' one ``certain'' thing, and then looking for a way out of the solipsistic hell this leaves one in in terms of ``certain'' knowledge. Indeed, to the extent that philosophy in the past has sought to provide certain answers to virtually any question at all, philosophy itself proves to be bullshit - all philosophical arguments ultimately come back to at least one unprovable premise, usually unstated, and can be refuted by simply asserting ``I don't agree with your premises.'' The way out is to give up the idea of certain knowledge. Axioms by Robert G. Dedication No book is written in a vacuum. Notice Copyright Notice Copyright Robert G. Lulu Press www.lulu.com

extemp topics | Extemp Central 1. Should the U.S. try to transition to a cashless society? 2. 1. 1. 1. 1. 1. 1. 1. 1. 1. Quantum Mechanics and Determinism? - Page 2 He could just as well adjust the SIS itself, since it is the function of the SIS to filter possible courses of action in the first place. No; different parameters in the SIS will make a difference. (Random mutation does not drive ther direction of evolution). The RIG does not make decisions, only suggestions. Yes, the RIG is where the freedom comes from. Yes I can. Then the outcome is no more significant than the "flicker". Of course if you now wish to change that requirement to “could have wished otherwise” or “could have willed otherwise” or “could have thought otherwise” then that’s fine – but shifting the goalposts doesn’t change the basic argument (as shown above). Standard libertariansim needs refinement in order to work. Wishes that can never be acted on are nto a kind of FW worth wanting. How do you know that the antecedent to an intention is not another intention ? 2a doesn't answer counterxamples about addictions and other compulsions. Puh-leaze And steel isn't steel...

50 Debate Topics for High School Debates tend to instantly engage students, but they can also sharpen their research and public speaking skills. No matter your reasons for using them, having debates in your classroom is a sure way to get your students thinking and talking. You may require your students to research topics before debating them or even prepare speeches to state their point of view. Learning how to productively debate will improve your students' communication skills as they practice speaking and listening. These skills will serve them in college and the diverse career world beyond. The following 50 debate topics can be used in high school or advanced middle school classrooms. Watch Now: Ideas for Great Classroom Debate Topics Science and Technology Should human cloning be banned? Laws and Politics Is it ever appropriate for the government to restrict freedom of speech? Social Justice Should partial-birth abortion be illegal? Education Should every student be required to take a performing arts course?

Top 10 Characteristics of Debate | Life Persona Some Characteristics of the debate More important are its informative function, its arguments and persuasive capacity, among others. A debate is an activity where two opposing points of view are put forward, using valid arguments to convince a hearing about the position that is supported. It has been present among humans since childhood. A child can discuss with his parents about eating a sweet or not and a student can do about what career to study. In the school environment, the debates are Dynamic tools To develop subjects of study and to practice the art of speaking in public. Each of them is prepared by collecting information to defend or attack a certain idea. Political debate is very popular during election campaigns. The Participants in a debate A moderator, whose function is to enforce the established rules. You may also like these 20 topics to debate in groups (controversial) . 1- It is informative 2- It is based on firm arguments 3- It is persuasive 4- It is tidy 5- It is dynamic

Here's an Entire Collection of Stimulating Debate Topics for Kids What does debate mean? Whenever we say the word "debate", there's a notion that automatically comes to mind. The first thing that pops into our head is two people arguing or fighting about something. However, if you opened a dictionary at home or goggled its meaning online, this is what you'll find:To consider something; deliberate.To engage in argument by discussing opposing points.To engage in a formal discussion or argument.Now the point I'm trying to make is that whenever we think or talk about debating with another person, aren't we picturing two people arguing on top of their lungs? More often than not, a debate gets misinterpreted by many of us as it being a verbal fight, instead of a healthy discussion.