Today I Learned Something New 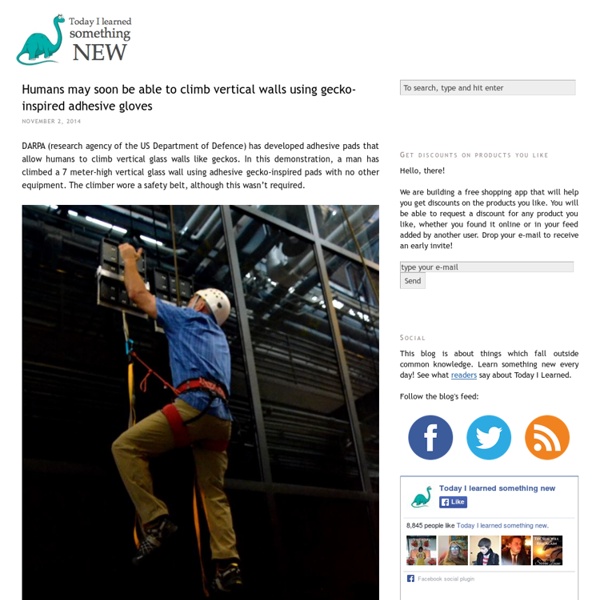 Top 10 Gadgets You Should Have In Your Go Bag My opinion is that while most of these things can be useful, they are not the kind of things to carry around at all times, here's what I think.. 10. Cable shorteners, maybe I should give it a try. Not sure about the result though. 9. 8. 7. 6. 5. 4. 3. 2. 1. Anyways, I still think that this article is great, even if I don't agree with everything, these ideas are not stupid at all and I did learn some new things.

Einsteins Puzzle # Copyright (C) 2004 Lauri Karttunen # # This program is free software; you can redistribute it and/or modify # it under the terms of GNU General Public License as published by # the Free Software Foundation; either version 2 of the License, or # (at your option) any later version. # This program is distributed in the hope that it will be useful, # but WITHOUT ANY WARRANTY; without even the implied warranty of # MERCHANTABILITY or FITNESS FOR A PARTICULAR PURPOSE. See the # GNU General Public License for more details. Einstein's Puzzle Variations of this riddle appear on the net from time to time. It is sometimes attributed to Albert Einstein and it is claimed that 98% of the people are incapable of solving it. Let us assume that there are five houses of different colors next to each other on the same road. The Englishman lives in the red house. The question to be answered is: Who keeps fish? This is a simple constraint satisfaction problem. The result is a network with five paths.