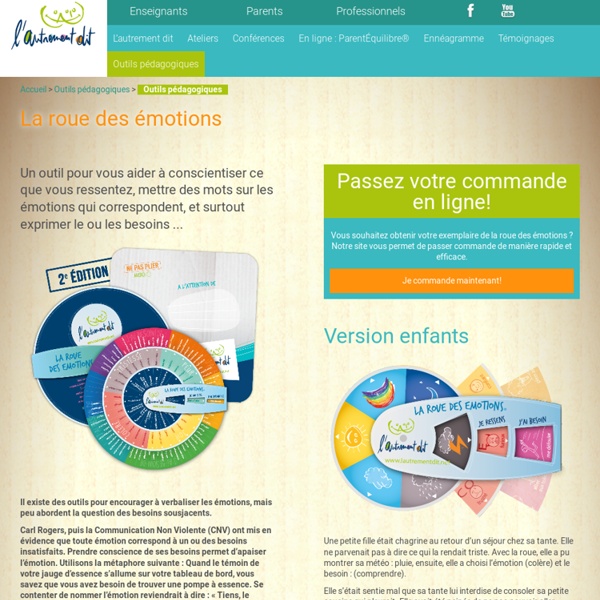 Idiopathic Mutual Irritation Have you ever found someone to be really irritating, for example a co-worker, boss, or neighbor – but that person says that you’re the problem? What’s more, they won’t leave you alone, and you have a hard time leaving him or her alone, too. But both of you get along with everyone else, and there’s no obvious reason why the two of you shouldn’t get along as well.

Top 7 Psychological Defense Mechanisms Health In every human being, intrapsychic conflicts are bound to occur, usually because of sexual and aggressive impulses and tension. Usually, (or maybe hopefully), these conflicts are resolved by themselves in a short amount of time; however sometimes this is not the case. Every now and then, our internal conflicts can last for long periods of times, and can potentially cause us great harm. Retailers Can Now Predict Revenues - TechSling Weblog Tons of data is produced and captured by retail organizations, daily! However, it is quite unfortunate that often retailers fail to put all this data to proper use. It usually gets trapped within the silos, thus deriving value from it, becomes an impossible task. Retail business has never been through such a drastic and tectonic shift. Purchasing patterns, preferences and expectation of modern-day consumers have not remained same.

The Jigsaw Classroom Elliot Aronson is currently Professor Emeritus at the University of California in Santa Cruz. He has long-standing research interests in social influence and attitude change, cognitive dissonance, research methodology, and interpersonal attraction. Professor Aronson's experiments are aimed both at testing theory and at improving the human condition by influencing people to change dysfunctional attitudes and behaviors. Professor Aronson received his B.A. from Brandeis University in 1954, his M.A. from Wesleyan University in 1956, and his Ph.D. in psychology from Stanford University in 1959. The Ekmans' Atlas of Emotions Welcome to the Atlas of Emotions This atlas was inspired by a series of conversations between the Dalai Lama and Paul Ekman about the science of emotions. With the help of Stamen Design and Paul’s daughter, Dr. Eve Ekman, this tool was created to be a visual journey through the world of emotions. Learn more about the work of Paul Ekman at www.paulekman.com. What it’s based on

How will I spend thee? Let me count the ways - New Landscape Mediation How will I spend thee? Let me count the ways. Let’s face it, the human cost of family breakdown is horrific. The heartbreak and loss the end of a marriage bring emotional costs that are completely incalculable, but the financial cost of divorce can be tracked quite clearly. Gaslighting 1. to tell a bald faced lie to someone and then brazenly deny that this was ever done 2. to give a person the frustration of moving their keys, purse, wallet, condoms, or other object and to then claim they were never moved or the person had done it themself 3. a frequent tool in the slickery dick or slickery clit's toolkit for infidelity 4. an insidious tool in the hands of unscrupulous mind-screwers and sociopaths

27 Useful Fashionable DIY Ideas Being fashionable is not about paying through your nose always. You can rack your brains and come up with some DIY ideas that will make you look like a fashionista. Style and fashion go hand in hand and developing your own sense will also give you a discernible edge when it comes to fashion. Why do you really want to imitate the stars or sports person of repute? What you need to do first is to take stock of your wardrobe and take out all those old garments that have been pushed into the deep, dark recesses. So, they don’t work for you anymore?

Growth in mediations slows as fees soar The growth in civil and commercial mediations has slowed over the past two years, a survey by a leading provider shows, but fees have climbed sharply. The seventh mediation audit undertaken by the Centre for Effective Dispute Resolution (CEDR) shows that the number of civil and commercial mediation cases rose 5% to 10,000 between April 2015 and March 2016, from 9,500 in 2014. This represents a slower increase compared to previous years: the number of mediations rose by 9% from 2012-2014 and by 15% from 2010-2012.

Gaslighting: Psychological Manipulation to the Extreme There are different unofficial terms for psychological attacks and abuse that people may suffer. Gang stalking has already been introduced in one of my earlier articles as a group of people in a community who target an individual with the end goal of breaking that individual down in a covert operation (mainly psychological, causing the person to think he or she is going crazy in some cases). This can be real or possibly a delusion of the individual, especially if that person has schizophrenia.

Glossary of Terms There are many terms used in the composites industry. The following are some of the more popular terms and abbreviations. Accelerator: accelerates cure of a resin Do You Have a Problem With Authority When Mediating ? The Authority Problem Anyone who regularly attends mediations of civil disputes has probably has encountered one or all of the following scenarios: The lawyer for one side attends without the client. That client may or may not be available by telephone or internet to participate or to provide instructions.A nominal party attends the mediation, but that person has limited authority and can’t close any deal that his or her lawyer or the mediator might recommend.The attending party is unable to make any decision about settlement before input from non-parties who are not normally present at the mediation.

Gaslighting The term owes its origin to the play Gas Light and its film adaptations, after which it was coined popularly. The term has been used in clinical and research literature.[3][4] Etymology[edit] Clinical examples[edit] Sociopaths frequently use gaslighting tactics.