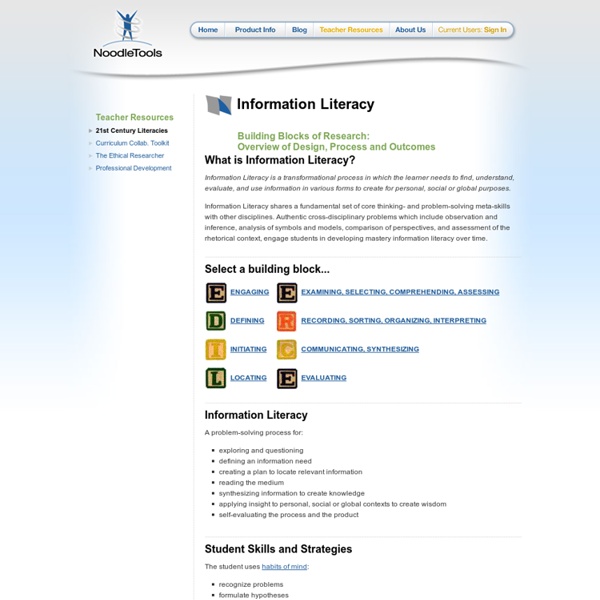 Evolution of Note Taking: New Forms Note taking is a big topic among educators. How do we teach it to our students? What are the best methods? Is digital note taking worse than taking your notes on a piece of paper? I am a big advocate to “if I want to teach it, I have to experience it”. Below, you will find my documentation of note taking methods I have used (at conferences) over the years (2003-2015). The evolution of my notes seems worthy to document, since I am excited of what is to come next. the level of substitution, in terms of analog going digital (no functional change)the level of transformation, in terms of amplification, shareability, hyperlinked writing, usage of different areas of the brain, etc. Taking notes at a conference, looked like the one I took at a World Language conference around the year 2003. Not far behind came my note taking via my own Twitter Feed (also 2008). I have documented my note taking style at conferences through time: In April of 2014, I started experimenting with Sketchnoting. Related

The Laptop Fallacy Note: This article first appeared in School Libraries Worldwide, Volume 4, Number 1, 1998, 59-72. This paper will also appear as a chapter in a forthcoming Australian book on Information Literacy edited by James Henri and Karen Bonanno. It is republished here with permission of School Libraries Worldwide and Charles Sturt University. This article begins with a brief overview of the concept of literacy. It then focuses on a series of definitions that deal with an expanding notion of literacies, and finally refocuses on information literacy. Introduction Information literacy! A plethora of writing and lectures about conceptualising, developing, and implementing information literacy fills whole conferences and whole books, and indeed adds significantly to the information traffic on the Internet. From where did this term emanate to occupy so much discussion? Is it a concept or a process? Holloway (1996) would agree with Lincoln (1987) and Henri (1995) that the label (information literacy?

20 Things Educators Need To Know About Digital Literacy Skills Widely understood to be essential to success in the workplace and modern life, digital literacy is beginning to emerge as a necessary component of curricula across the globe. As current undergraduates have never known a life without the internet, it’s only natural that universities should nurture their familiarity with technology, encouraging its use in teaching and learning. Instructors should also be prepared to offer guidance on what students aren’t as familiar with–turning their technical skills into skills for lifelong learning and employability. But where does one begin? Teaching digital literacy is about more than just integrating technology into lesson plans; it’s about using technology to understand and enhance modern communication, to locate oneself in digital space, to manage knowledge and experience in the Age of Information. Digital literacy isn’t about knowing computers inside and out; it’s about using technology to change the way you think. 1. 2. 3. 4. 5. 1. 2. 3. 4. 5.

Herring and Tarter ( 8 Ways to Hone Your Fact-Checking Skills - InformED In an age where the majority of us get our news through social media, the rise of fake news sites, hoaxes and misinformation online is concerning, especially considering that many young people lack the skills necessary to judge the credibility of information they encounter online. A recent Stanford study that looked at how teens evaluate online information found that most students have difficulty distinguishing between real and fake news. Of the 7,804 middle-schoolers who were surveyed, 82% were unable to tell an ad marked as “sponsored content” apart from a real news story, and many said they judged the credibility of news based on how much detail was given or whether a large photo had been included, rather than on the source. Clearly, many of us need a better understanding of how to evaluate the information we come across online, and the first step is realising just how easily fake news and misinformation can spread. Learn to Assess the Credibility of Your Sources 1. 2. 3. 4. 5. 6. 7.

Untitled Document The PLUS model This model of the information skills process is called the PLUS model and seeks to incorporate the key elements of previous models while adding emphasis on thinking skills and self evaluation. PLUS incorporates the elements of Purpose, Location, Use and Self-evaluation. As can be seen from the above diagram, the PLUS model is not necessarily a linear model although some students may progress from Purpose to Self-Evaluation without a problem. However, for many students, information literacy is often problematic and they may have to step back from time to time, for example to redefine their Purpose if they are overwhelmed by information at the Location stage. The range of skills included in the PLUS model include : Purpose • cognitive skills in identifying existing knowledge • thinking skills such as brainstorming or concept • skills in formulating questions • skills in identifying information resources Location • selection skills in assessing the relevance of information resources

New Media Literacy: What Students Need to Know About Fake News Fake news, unreliable websites, viral posts—you would think students who have grown up with the internet would easily navigate it all, but according to a study done by Stanford researchers, that couldn’t be further from the truth. Researchers describe the results of the study done on middle school, high school and college students across the country as “bleak.” Students were asked to judge advertisements, social media, video and photographic evidence, news reports and websites. Though researchers thought they were giving students simple tasks, they say that “in every case and at every level, we were taken aback by students’ lack of preparation.” As if that weren’t bad enough, researchers go on to say, “At present, we worry that democracy is threatened by the ease at which disinformation about civic issues is allowed to spread and flourish.” So what can educators do about the spread of fake news and our students’ inability to recognize when they have been fooled? For more, see:

Carol Kuhlthau In the first stage, initiation, a person becomes aware of a gap in knowledge or a lack of understanding, where feelings of uncertainty and apprehension are common. At this point,the task is merely to recognize a need for information. Thoughts center on contemplating the problem, comprehending the task, and relating the problem to prior experience and personal knowledge. Actions frequently involve discussing possible avenues of approach or topics to pursue. In the second stage, selection, the task is to identify and select the general topic to be investigated and the approach to be pursued. The third stage is Exploration characterized by feelings of confusion, uncertainty, and doubt which frequently increase during this time. The fourth stage in the ISP, Formulation, is the turning point of the ISP, when feelings of uncertainty diminish and confidence increases. The ISP presents information seeking as a process of construction influenced by George Kelly’s personal construct theory (2).

Alternative Facts and Fake News – Verifiability in the Information Society « Library Policy and Advocacy Blog This week sees the continuation of Wikipedia’s #1lib1ref (One Librarian, One Reference) campaign (highlights from the first week here!). The thematic thread of this week’s activities is fake news, an expression that has been at the tip of people’s tongues lately, along with “alternative facts”. This blog explores the library take on this. The relationship between information and opinion has always been fluid and uncertain. This has been as much the case in politics as in science or any other area of life. There have also always been charlatans, liars and forgers, aiming to gain money, power or simply attention. However, 2016 saw the issue of false news stories move centre stage, even if the concept of the lying politician, or the sensationalist journalist is nothing new. In addition to stories stemming from lazy journalism or exaggerations aimed at gaining more clicks, tales of a Macedonian town acting as a fake news factory have captured the imagination. What responses are there?

Carol Kuhlthau Guided Inquiry opens the inquiry process at Initiation, immerses students in background knowledge at Selection, guides in exploring interesting ideas at Exploration, enables identifying an inquiry question at Formulation, supports gathering to address the question at Collection, intervenes for creating and sharing at Preparation, and assesses throughout the inquiry process and evaluates at the close. Let’s take a closer look the Guided Inquiry Design Framework. Guided Inquiry Design Framework The Guided Inquiry Design process begins with Open the inquiry to catch students’ attention, get them thinking, and help them make connections with their world outside of school. Next is Immerse, which is designed to build enough background knowledge to generate some interesting ideas to investigate. Now let’s look at each phase in the inquiry process and think about how to design student learning in each phase. Open: Invitation to Inquiry Open Minds Stimulate Curiosity References Kuhlthau, Carol.

10 Ways to Spot a Fake News Article - EasyBib Blog For many of us, 2016 is going down as a year to forget. Election upsets, Zika, the Syrian crisis, and unfortunately tons of fake news about all of the above and everything in between. Denzel Washington was recently quoted as saying, “If you don’t read the newspaper, you’re uninformed. 1. Links and citations allow us to easily access, read, and explore more about the information found in the article. Many big name news sites, such as CNN, do not include links or citations, but other sites do. 2. An article without an author’s name is another red flag. 3. Do a Google search on the author’s name to find their occupation and locate other articles that the author has composed. 4. On the top or bottom of most websites, you should see a section titled “About Us.” 5. Authors tend to read and re-read their articles numerous times prior to posting. 6. Copy and paste a quote from the article into Google’s search bar. 7. Do a simple keyword search on Google for a similar article. 8. 9. 10.

The Big Six Information Skills As a Metacognitive Scaffold: A Case Study Sara Wolf is an Assistant Professor of Educational Media at Auburn University, Auburn, Alabama; Thomas Brush is Associate Professor of Instructional Systems Design at Indiana University, Bloomington, Indiana; and John Saye is Associate Professor of Secondary Social Studies at Auburn University. Several information problem-solving models exist for teaching and reinforcing the research, problem-solving, and writing processes. The Big Six information skills model (Big6) is one that is primarily aimed at kindergarten through twelfth-grade students. This model is intended to foster the acquisition of research, problem-solving, and metacognitive skills through the cooperation of both school library media specialists and classroom teachers. While a strong anecdotal record exists supporting the use of Big6, empirical research support is less evident in library and education literature. Information Problem Solving Each of the six steps has two subskills. [ Back to Top] Metacognition Scaffolding

Evaluating Websites as Information Sources Studies suggest that many U.S. students are too trusting of information found on the internet and rarely evaluate the credibility of a website’s information. For example, a survey found that only 4 percent of middle school students reported checking the accuracy of information found on the web at school, and even fewer did so at home (New Literacies Research Team & Internet Reading Research Group, 2006). At the same time, the web is often used as a source of information in school projects, even in early schooling, and sites with inaccurate information can come up high in search rankings. Shenglan Zhang and I thought that we could help address this situation by laying a foundation for website evaluation in elementary school. In particular, we wanted to: To achieve these aims, we developed the WWWDOT Framework. Who wrote it and what credentials do they have? In teaching WWWDOT, we elaborate on each of these factors. In the study, the WWWDOT Framework was taught in four 30-minute sessions.