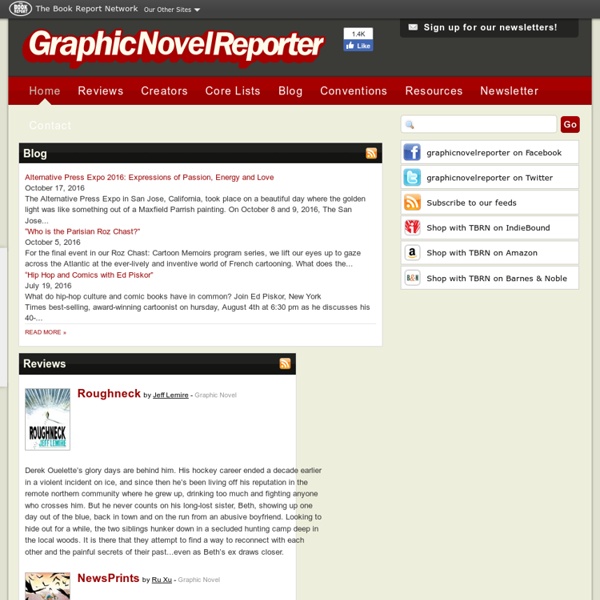 Friends Of Lulu The Daily What Kidsreads The Beat — The News Blog of Comics Culture BookPage - Book Reviews, Author Interviews, Book Blogs How Dare the Sun Rise An inspiring, resilient young voice > Teen / Teen Nonfiction / Biography & Memoir “They slashed my people with their machetes. Thick as Thieves An underdog gets his own story > Teen / Teen Fiction / Science Fiction & Fantasy An unexpected turn of events places an unlikely pair—a slave and an enemy soldier—on a treacherous journey in Megan Whalen Turner’s newest adventure-filled novel, Thick as Thieves, part of her acclaimed Queen’s Thief series. Autumn of the Black Snake The origin story of the American military > Nonfiction / History / American History America has such a long history of military readiness (some would say dominance) that it’s hard to conceive of a time when the country had no standing army at all and little public or political will to create one. Charlie's Boat Friends helping friends > Children's / Children's Picture He Calls Me By Lightning Wrongfully convicted in Jim Crow South > Civil Rights / Nonfiction / African-American History Lilli de Jong Quicksand Pond

Blog Gordon Bailey, one of the founders of The Nostalgia Journal (the fanzine that eventually became The Comics Journal), recently passed away. Gordon Francis Bailey Jr., a contributor to early comics fandom in north Texas, passed away July 13 after a brief illness, according to his sister, Katherine Bailey. Gordon Bailey was part of The Syndicate — himself, Larry Herndon, Joe Bob Williams, and later Mark Lamberti — a group that created The Nostalgia Journal in the summer of 1974. TNJ ran for 26 issues before it was acquired by Gary Groth and Michael Catron of Fantagraphics and became, first, The New Nostalgia Journal and then The Comics Journal. Meanwhile, elsewhere: —In comics form, Ben Juers writes about abstract comics and Sasaki Maki. For abstract comics to be effective, they have to escape both the chronic status anxiety afflicting their medium, and the temptation to guide the reader’s eye too methodically and mathematically.

Book Reviews | IEEE Computer Society - IEEECS by Scott Brookhart Procedural programming has been around since the inception of computers and programming. Object-oriented paradigms arrived a little later — in the late 1950s to early 1960s — which means over 50 years of object-oriented problem solving. Still, many developers lack a full understanding of the thought process in developing object-oriented software and therefore can't take advantage of its concepts. I'm happy to see that this book, The Object-Oriented Thought Process, has taken this fairly old perspective and given it full attention and renewed interest. Not having read the previous editions, I'm not familiar with the changes represented in this fourth edition. Weisfeld has organized the concepts to build on each other, ensuring that students understand one concept well before moving to the next. The book is language-neutral. Each chapter contains UML and example code to better understand the concepts and see how they're implemented. Showing 1 - 1 of 72 results.