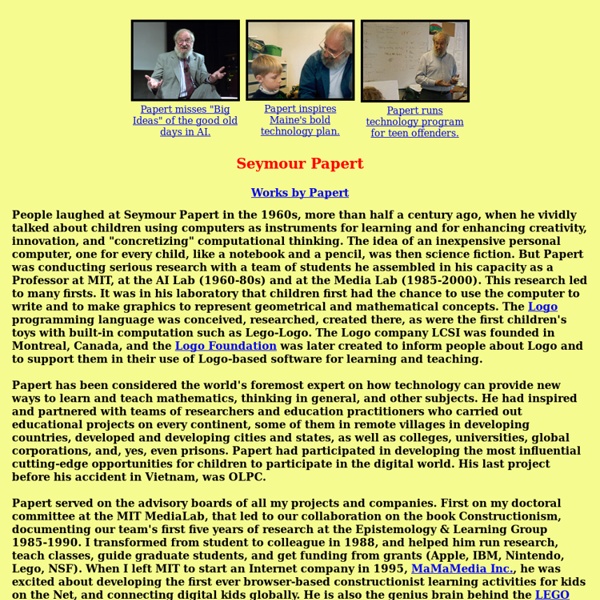 Postmodern Virtualities Mark Poster (This essay appears as Chapter 2 in my book The Second Media Age (Blackwell 1995) On the eve of the twenty first century there have been two innovative discussions about the general conditions of life: one concerns a possible "postmodern" culture and even society; the other concerns broad, massive changes in communications systems. Postmodern culture is often presented as an alternative to existing society which is pictured as structurally limited or funda mentally flawed. New communications systems are often presented as a hopeful key to a better life and a more equitable society. The discussion of postmodern culture focuses to a great extent on an emerging new individual identity or subject position, one that abandons what may in retrospect be the narrow scope of the modern individual with its claims to rationality and autonomy. In the twentieth century electronic media are supporting an equally profound transf ormation of cultural identity.

Seymour Papert’s Mindstorms: Relevant, Thoughtful, an Essential Read for Educators Mindstorms: Children, Computers and Powerful Ideas by Seymour Papert is a brilliant book. It’s as relevant today as it was when first published in 1980. Its applications to learning and teaching in 2013 are no less than startling. Mindstorms ranks in the top ten education books I’ve read.

6 Minimalist Steps to Turning Your Blog into a Profitable Business When I was first taking the steps to turn my blog into an online business, I was trying everything. Facebook Ads, guest posting, being on every platform; you name it, I did it! Only problem was, doing everything to build my business quickly wore me out. Not only that, but I didn’t know what was really working.

What is Logo? "Logo is the name for a philosophy of education and a continually evolving family of programming languages that aid in its realization." - Harold Abelson Apple Logo, 1982 This statement sums up two fundamental aspects of Logo and puts them in the proper order. The Logo programming environments that have been developed over the past 28 years are rooted in constructivist educational philosophy, and are designed to support constructive learning. Constructivism views knowledge as being created by learners in their own minds through interaction with other people and the world around them. This theory is most closely associated with Jean Piaget, the Swiss psychologist, who spent decades studying and documenting the learning processes of young children.

Margaret Morse (1998). Virtualities: Television, Media Art, and Cyberculture Char Davies describes the immersive virtual space "Osmose" (first exhibited at the Museum of Contemporary Art in Montreal, September 1995) as a spatio-temporal arena, wherein mental models or abstract constructs of the world can be given virtual embodiment and then kinesthetically (i.e., via motor perception) and synesthetically (i.e., via a mixture of visual, auditory, and motor perception) explored through full-body immersion and interaction. That means that visitors are "immersed" in symbols that we can experience corporally and possibly emotionally from inside. While most of the virtual environments I have experienced use the metaphor of flying to move the visitor through virtual and symbolic space, Davies uses the metaphor of deep-sea diving in which we move between worlds organized largely in terms of up and down. We also hear sounds derived from sampling a single male and female voice. I, however, experienced several of the worlds in the piece as an occasion for panic.

EDUCATION - INTERVIEW - SEYMOUR PAPERT ON COMPUTERS SEYMOUR PAPERT, a professor of mathematics and education at the Massachusetts Institute of Technology, is a major pioneer in the use of computers in elementary and secondary schools. Mr. Papert, a student of the late Swiss educator and psychologist Jean Piaget, is the creator of LOGO, the computer language most widely used with young children. His writings, including his book ''Mindstorms,'' published by Basic Books, have had considerable influence among educators in this country. Mr. Papert recently discussed his views on computers and education in an interview.

The Future of Work and Learning 2: Chatbots In my previous post I looked at how I believe Professional Ecosystems are the future of work and learning, and how organisations (and L&D) might support them. In this post I want to look at how individuals might make use of chatbots to build smart Professional Ecosystems, and how organisations might use them to provide intelligent access to their own content and services as well as offer personalised support to individuals. Why chatbots? First a bit of background: two things have happened recently that are considered to be big turning points. Firstly, use of mobile devices has now exceeded use of desktop machines to access the Internet, and secondly, people are now spending more time in messaging apps than in social networks. This has led to predictions that messaging apps are destined to be the platforms of the future, but more than that, it is also considered that it will be through bots rather than apps that users will access all sorts of services.

The Three Acts Of A Mathematical Story 2016 Aug 6. Here is video of this task structure implemented with elementary students. 2013 May 14. Here’s a brief series on how to teach with three-act math tasks. It includes video. 2013 Apr 12. Game Studies - Lara Croft: Feminist Icon or Cyberbimbo? On the Limits of Textual Analysis by Helen W. Kennedy As the title suggests, the feminist reception of Lara Croft as a game character has been ambivalent to say the least. The question itself presupposes an either/or answer, thereby neatly expressing the polarities around which most popular media and academic discussions of Lara Croft tend to revolve. It is a question that is often reduced to trying to decide whether she is a positive role model for young girls or just that perfect combination of eye and thumb candy for the boys.

Seymour Papert’s Legacy: Thinking About Learning, and Learning About Thinking Paulo Blikstein (Stanford University) If a historian were to draw a line connecting Jean Piaget’s work on developmental psychology to today’s trends in educational technology, the line would simply be labeled “Papert.” And perhaps the most remarkable thing about that line would be the other points it intersects along its course of more than fifty years. Seymour Papert has been at the center of three revolutions: child development, artificial intelligence and computational technologies for education. The 17 Worst Social Media Tips I Ever Got A couple of years ago, I was a total social media fool. I mean, I registered on Facebook because my brother Jonathan and I founded an online based company – everybody was already there and talking, and I did not know how it all worked. I got a personal Twitter account to give our newly created company account a first follower; I had no clue that my personal account would fast outgrow our company account and become one of our most valuable social media assets. We desperately lacked knowledge, so we talked to many people, who we thought had it all figured out, what we should do and how social media would be done right. That was in 2010.

dy/dan » Search Results » LOA Sam Shah’s been writing a lot of thoughtful material about calculus instruction lately, including this piece on related rates. He includes a worksheet with that post and two items struck me. One, this is a pretty charming illustration of a rocketship climbing into space. Two, it asks students to climb down, not up, the ladder […]