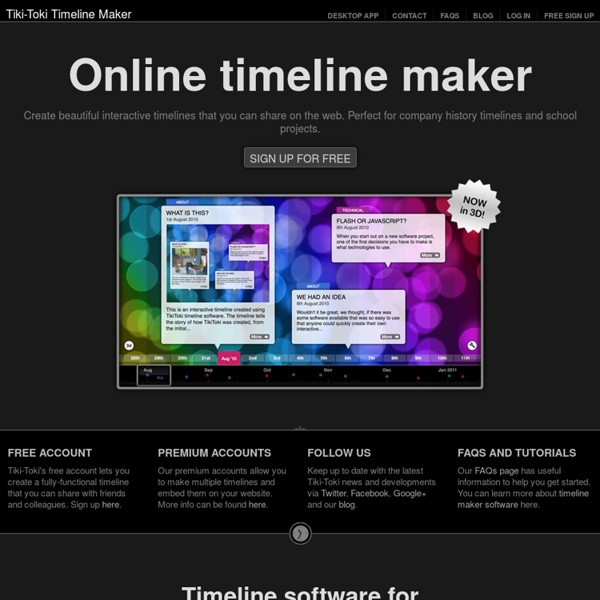 15 Fascinating Facts About Ancient Egypt History Ever since my childhood I have been fascinated with all things relating to Ancient Egypt. I have tried for a long time to come up with a good idea for a list relating to it and this is the first (of what I hope will be many!) These facts should serve as a good introduction to Ancient Egyptian culture and society – and hopefully many will be things you did not know. 1. A Pharaoh never let his hair be seen – he would always wear a crown or a headdress called a nemes (the striped cloth headdress made famous by Tutankhamen’s golden mask (pictured above). 2. 3. 4. 5. 6. 7. 8. 9. 10. 11. 12. 13. 14. 15. Sources: National Geographic, James’ Interesting Facts Jamie Frater Jamie is the founder of Listverse.

National History Day Contest | Creating an Entry | Performance What is a Historical Performance? A performance is a live, dramatic presentation of your topic's significance in history. You may perform individually or as part of a group. A performance should be a scripted portrayal based on research of your chosen topic. Your script should be structured on a thesis statement, supporting statements, and a conclusion. How is a Performance Different from Other Categories? The performance category is the only one that is presented live. Getting Started Decide whether the chosen topic will be most effective as a group or as an individual performance. 14 Wild Ideas Many Worlds , Medicine Useless , A.I. via Common Sense , Cryonics , Uploads , I'm in Sim , Fast Growth , Growth Stops , Colonize Galaxy , No Aliens , Aliens Came & Left , Private Law , Futarchy , No One Honest . by Robin Hanson , Oct. 18, 2001 A wild idea is one that many people think is obviously quite unlikely. Many times each day, your mind permanently splits into different versions that live in different worlds.

Siri = Eliza? (Update: she knows her) Bob Fish writes about his experience playing with Siri, the voice-enabled assistant software included with the new iPhone 4S: I have fond memories of playing with an old Apple ][ program called Eliza which was supposed to be a therapist that you could talk to and she'd help you out by listening and giving you suggestions. The following conversation with Siri blew me away: Tell me a story.I don't know any good stories.Tell me a story.Oh, you've probably heard it before.Tell me a story.Once upon a time... no, it's too silly.Tell me a story.Please don't make me.Tell me a story.Ok!Once upon a time in a virtual galaxy far far away, there was a young, intelligent agent by the name of Siri. MacRumors posted a piece on Siri's personality noting that Apple wanted her to be "friendly and humble -- but also with an edge." So what's the link between Siri and Eliza? Update: Bob Fish asked Siri "Who's Eliza?" Anyone else think that Siri is customizing and adding responses on the fly?

History Junior Historians | Texas State Historical Association (TSHA) Chapter Renewal Web FormChapter Renewal FormChapter Application FormAt-Large Membership Form The Junior Historians of Texas is an extracurricular program for students in grades four through twelve sponsored by the Texas State Historical Association. The oldest of our education programs, Junior Historians was founded in 1939 by Walter Prescott Webb, the respected Texas historian who wanted students to get involved in the actual "doing of history". Junior Historian chapters usually form through organized clubs functioning within the established school instructional program, however students without a chapter can also participate as a member-at-large. One of the major objectives of the program is to encourage chapter members to research a topic on state or local history and to record their findings in a research project. The Annual Meeting and History Fair is usually held in late March or early April. For more information, please contact theEducational Services Division.