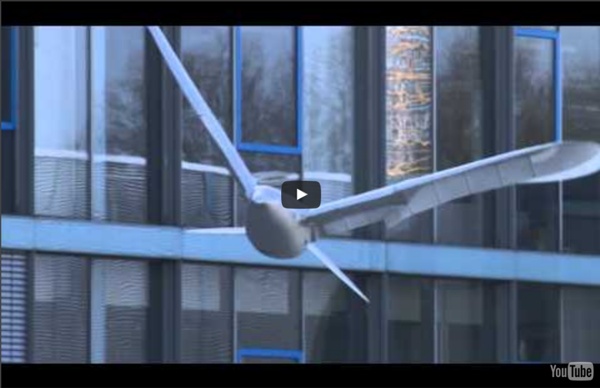 Microbial fuel cell A microbial fuel cell (MFC) or biological fuel cell is a bio-electrochemical system that drives a current by using bacteria and mimicking bacterial interactions found in nature. MFCs can be grouped into two general categories, those that use a mediator and those that are mediator-less. The first MFCs, demonstrated in the early 20th century, used a mediator: a chemical that transfers electrons from the bacteria in the cell to the anode. Robots that fly... and cooperate The dynamics of this robot are quite complicated. In fact, they live in a 12-dimensional space. — Vijay Kumar Synopsis Vijay Kumar and his team build flying quadrotors, small, agile robots that swarm, sense each other and form ad hoc teams – for construction, surveying disasters and far more.

Robot scientist becomes first machine to discover new scientific knowledge-Namoroka Thursday, April 2, 2009 Scientists funded by the Biotechnology and Biological Sciences Research Council (BBSRC) have created a Robot Scientist which the researchers believe is the first machine to have independently discovered new scientific knowledge. The robot, called Adam, is a computer system that fully automates the scientific process. The work will be published tomorrow (03 April 2009) in the journal Science. Prof Ross King, who led the research at Aberystwyth University, said: "Ultimately we hope to have teams of human and robot scientists working together in laboratories". The scientists at Aberystwyth University and the University of Cambridge designed Adam to carry out each stage of the scientific process automatically without the need for further human intervention.

How To Stick With It When Your Ideas Are Ahead Of Their Time I typed this out from my Shangri-La Hotel room in downtown Sydney, overlooking the harbor and the city’s famous opera house. Somewhere above the opera house spires, a new era arrived: The first private spacecraft docked at the International Space Station. While I was dozing on my flight over the Pacific, the team at SpaceX was surely wide awake, watching their controls as they made history. To most of us hearing about this story now--the replacement of parts of NASA with private-sector space-launch companies--the news may come as inevitable. Work skills you'll need to survive the 'conceptual age' Left-brain technical skills will no longer be king in the 'Conceptual Age,' says Lisa Bodell. Lisa Bodell says the best employees of the future will excel at creative problem solvingShe says workers will need to go beyond just knowledge or expertiseBodell offers ways to cultivate the right brain skills before it's too late Editor's note: Lisa Bodell is founder and CEO of futurethink, an innovation research and training firm that helps businesses embrace change and become world-class innovators. She is the author of "Kill the company: End the Status Quo, Start an Innovation Revolution." (CNN) -- Where "global knowledge" was once essential for leaders, IBM's 2010 Global CEO Study cited "creativity" as the most important leadership quality for the future.

Open vSwitch: Can you use an open source distributed virtual switch? The open source world has delivered an alternative to the Cisco Nexus 1000v in the Open vSwitch -- a software switch that is optimized for multi-tenant public cloud computing environments. The Open vSwitch gives network administrators visibility and granular control of traffic running between and within virtual machines (VMs) in almost every environment – but doesn't yet work with VMware or Microsoft Hyper-V technology. The Open vSwitch Project – which is backed by network control software startup Nicira Networks – provides downloadable coding for the open source virtual switch, which is licensed under Apache 2. It currently supports Xen, XenServer, KVM and VirtualBox but can be ported to other virtualization environments.

robot 03/24/2014, The uncanny valley is not a physical place, but rather, it is the idea of a robot being so human-like in behavior, that it can get rather creepy to boot. Artist Jordan Wolfson has crossed into such a territory as you can see from the video above, where... 01/06/2014, [CES 2014] KEECKER happens to be a Paris-based company that intends to bring the future forward, by introducing a new connected robot (which will hopefully be smart, too) at CES 2014.

Plugin tutorial This document, together with the hello-world plugin, shows you how to get started with the plugin development. Jenkins defines extensibility points, which are interfaces or abstract classes that model an aspect of a build system. Those interfaces define contracts of what need to be implemented, and Jenkins allows plugins to contribute those implementations. See this document for more about extension points. What is Puppet? Puppet is a declarative, model-based approach to IT automation, helping you manage infrastructure throughout its lifecycle, from provisioning and configuration to orchestration and reporting. Using Puppet, you can easily automate repetitive tasks, quickly deploy critical applications, and proactively manage change, scaling from 10s of servers to 1000s, on-premise or in the cloud. Puppet is available as both open source and commercial software.

Paxos (computer science) Consensus protocols are the basis for the state machine approach to distributed computing, as suggested by Leslie Lamport[2] and surveyed by Fred Schneider.[3] The state machine approach is a technique for converting an algorithm into a fault-tolerant, distributed implementation. Ad-hoc techniques may leave important cases of failures unresolved. The principled approach proposed by Lamport et al. ensures all cases are handled safely. The Paxos protocol was first published in 1989 and named after a fictional legislative consensus system used on the Paxos island in Greece.[4] It was later published as a journal article in 1998.[5]

FastRunner FastRunner is a new bipedal platform inspired from the fastest biped animals, and developed at IHMC. A novel leg design is being developed to enable FastRunner to achieve unprecedented efficiency and speed while being self-stabilizing. The FastRunner project is funded by the DARPA agency through the Maximum Mobility and Manipulation (M3) program. The Team: The FastRunner project is led by IHMC under the supervision of Dr. Jerry Pratt and Dr. State of the Collections April 2012 This is an informal overview of the major proposed library enhancements to take advantage of new language features, primarily lambda expressions and extension methods, specified by JSR 335 and implemented in the OpenJDK Lambda Project. This document describes the design approach taken in the rough prototype that has been implemented in the Lambda Project repository.

Blog Archive » Neo4j Graph Database Tutorial: How to build a Route Planner and other Examples Often in the life of developer’s life there is a scenario where using a relational database tends to get complicated or sometimes even slow – especially when there are fragments with multiple relationships or multiple connections present. This often leads to complex database queries or desperate software engineers trying to handle those problems with their ORM framework. A possible solution might be to switch from a relational database to a graph database – and – neo4j is our tool of choice here.