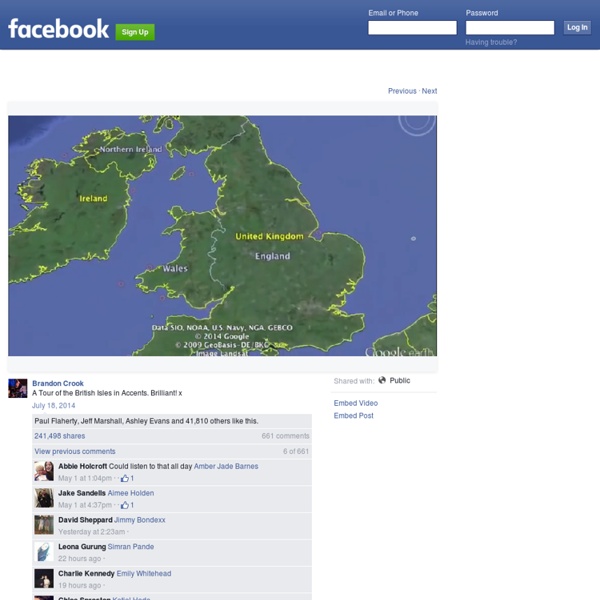 Where did English come from? - Claire Bowern There are two other TED-Ed lessons related to this topic: How languages evolve and How did English evolve? (a lesson that fills in some of the details that we omit here due to the fact that the focus of this lesson was further in the past). There is still a great deal of debate about Indo-European, most importantly about the location of the homeland. To read more about this debate, there are classic books by Mallory and Renfrew, as well more recent works by Anthony. To learn more about the distribution of languages across the world, see LL-map or The Ethnologue. Activities for correcting writing in the language classroom How can teachers encourage learners to correct their own writing? Second-time winner of TeachingEnglish blog award, Cristina Cabal, offers a few tried and tested error-correction activities. Does every single writing error need to be corrected? In the learning of a second language, this is a question that stirs up great controversy. In the following collection of error-correction activities for writing, the main aim is to get students to identify and correct writing errors taken from their own essays. The activities are fun and highly motivating, and because they are fast-paced, I would suggest going through the errors with the whole class a second time at the end to reinforce learning. Use 'grass skirts' This activity is a lot of fun. Now stick the grass skirts on the walls of the class and assign a colour to each group. Use sticky notes This is a great activity to get students out of their seats and interacting with other classmates to discuss errors. Use slips of paper Tic-tac-toe

British Life and Culture in the UK - Woodlands Junior School United Kingdom country profile - Overview 12 November 2014Last updated at 07:38 ET The United Kingdom is made up of England, Wales, Scotland and Northern Ireland. It has a long history as a major player in international affairs and fulfils an important role in the EU, UN and Nato. The twentieth century saw Britain having to redefine its place in the world. Two world wars and the end of empire diminished its role, but the UK remains an economic and military power, with considerable political and cultural influence around the world. Britain was the world's first industrialised country. The Palace of Westminster is home to one of the world's oldest parliaments Continue reading the main story At a glance Politics: Prime Minister David Cameron, from the centre-right Conservative Party, heads a coalition with the UK's third party, the Liberal Democrats. Country profiles compiled by BBC Monitoring Special Report: United Kingdom Direct But this did not stop the centrifugal trend. Diversity There has also been a debate about immigration.

Why is English so weirdly different from other langu... English speakers know that their language is odd. So do people saddled with learning it non-natively. The oddity that we all perceive most readily is its spelling, which is indeed a nightmare. In countries where English isn’t spoken, there is no such thing as a ‘spelling bee’ competition. Spelling is a matter of writing, of course, whereas language is fundamentally about speaking. There is no other language, for example, that is close enough to English that we can get about half of what people are saying without training and the rest with only modest effort. We think it’s a nuisance that so many European languages assign gender to nouns for no reason, with French having female moons and male boats and such. More weirdness? Why is our language so eccentric? Sign up for Aeon’s Newsletter English started out as, essentially, a kind of German. Crucially, their languages were quite unlike English. As long as the invaders got their meaning across, that was fine. What’s the difference?

5 of My Favorite English Games for ESL Students I saved the best for last. My students requested this game more often than any other game we ever played. It's based on the old drinking game "Ring of Fire," modified for the classroom. Materials needed:A standard deck of playing cards, a whiteboard, 20-30 small slips of blank paper, and a bowl. The setup:Almost none! Place the bowl in the center of a table and spread the cards out, face down, in a circle around the bowl. The activity:Before you start the game, hand every student two small slips of paper. The students will take turns pulling a card. Here are the actions I assign to cards and the penalties involved: K: Ask anyone. Q: Ask a girl. J: Ask a boy. 10: Ask your teacher! 9: Bunny ears! 8: Words. 7: Pick again. 6: Touch your nose! 5: Answer one question. 4: Ask the person on your left. 3: Ask the person on your right. 2: Answer two questions. A: Free card. Note: This is just an example of a setup I use for intermediate university level classes.

This Is What A World Map Looks Like When Scaled According To Population Size Where in the world did Australia go?! A new cartogram by Redditer TeaDranks rescales the world’s countries according to population size instead of geographic area. Reconstructing maps based on different variables can be a powerful tool for understanding the world we live in. Other interesting tidbits: North Korea has a larger population than Australia, with 25.1 million people compared to 23.7 million, respectively. “I was inspired by this map which is now ten years old,” said TeaDranks. It is important to note that even modern world maps distort the Earth. To check out a high-resolution version of the map, click here. Credit: TeaDranks / Reddit Read this next: Improved Anti-HIV Antibodies Created Through Genetic Engineering

The full transcript of Michelle Obama's powerful New Hampshire speech | US news My goodness! You guys are fired up! Well, let me just say hello everyone. Let me start by thanking your fabulous governor, your next US senator, Maggie Hassan. And, of course, thanks to all of you for taking the time to be here today. Audience member: We love you! Thanks so much. So I’m going to get a little serious here, because I think we can all agree that this has been a rough week in an already rough election. See, on Tuesday, at the White House, we celebrated the International Day of the Girl and Let Girls Learn, and it was a wonderful celebration. So I thought it would be important to remind these young women how valuable and precious they are. The fact is that in this election, we have a candidate for president of the United States who, over the course of his lifetime and the course of this campaign, has said things about women that are so shocking, so demeaning that I simply will not repeat anything here today. And I have to tell you that I can’t stop thinking about this.