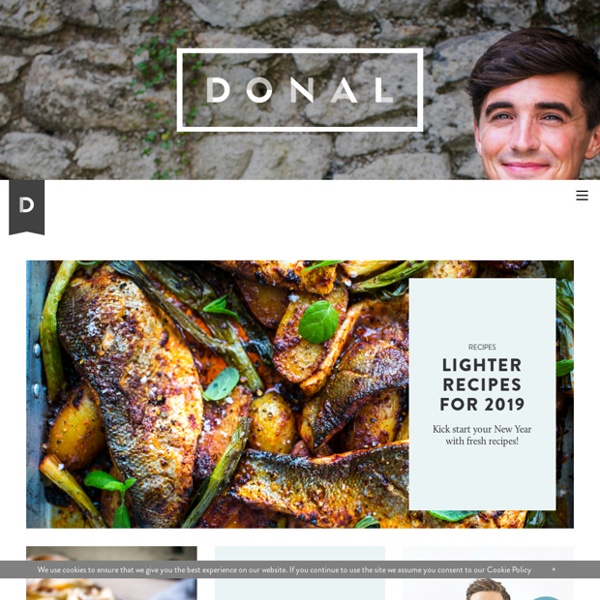 Wednesday, April 16, 2014 Grandma’s Boy Is Coming… Although it was only a few months ago we wrapped on the final episode in Italy, my new series "Grandma's Boy" for FOX International and 24Kitchen is finally ready to air! We filmed the pilot episode last June and then spent eight weeks from August onwards shooting in towns across the beautiful Italian countryside. With a new Granny or Nonna to meet every three days, we had to have been the most well fed crew you could ever meet on the road! Our small team of eight were treated to some of the best food and drink the Italians proudly offered up.

A Cast Iron Skillet & A Camera I’m an herb collector. My pantry shelves are lined with jars of everything from butcher’s broom and witch hazel to marshmallow root and violet leaf. I buy them in bulk, arguably compulsively. Ice Cream, Gelato and More We now offer international shipping through global provider, Borderfree. As you shop, you will see prices in your selected currency. You can change where you would like to ship your items in the top right corner of our website. To learn more about international shipping, please visit our International Orders page.

- 24 Portuguese Food Blogs You Should Be Reading Photo by Ana of Tapas na Língua blog. Portuguese cuisine is largely unknown outside Portuguese-speaking communities, which is a pity because it is a country with such an incredible culinary culture. Many people probably don’t know this, but Portugal is also a small country brimming with food bloggers. Yes, there are hundreds, if not thousands of food bloggers in the country. And there are plenty rising stars out there too.

Episode 1 - Pan-Roasted Shrimp with Wisconsin Aged Parmesan Servings: 4-6 Ingredients: 2 shallots, minced (about 2 tablespoons)1 clove garlic, mincedKosher salt and ground black pepperJuice of 2 lemons1/2 cup (4 ounces) extra virgin olive oil plus 1 tablespoon for shrimp1/2 cup grape tomatoes, halved1 cup freshly cooked or canned white beans, such as cannellini1 cup (about 4 ounces) Wisconsin Parmesan Cheese, cut in small dice1/4 cup fresh dill, chopped1 pound large shrimp, peeled and deveined Blog Index A confession: I've been going through a lot of changes as a person these last few months. Part of it stems from finishing my 5th and 6th books The Happy Herbivore Guide to Plant-Based Living and Happy Herbivore Holidays & Gatherings (out next month and this November). When I signed my first book contract, I had no idea what would happen... would that be it? One book turned into a contract for two more, and then three more for a total of 6.

stonesoup — 5 ingredient recipes The first time I tried going paleo there was one meal I really struggled with. If you’ve ever had an attempt at eating low carb or going ‘full paleo’, I bet you’ve struggled with this too. Yep. Breakfast. Breakkie. Columns - Food52 Sometimes it's healthy to relinquish control, but not when it comes to the temperature of your eggs. Here's a way to bring eggs to the exact room temperature, no guesswork involved. Read More » We know the smells coming from the Indian restaurant are really, really, really good, but don't succumb to ordering takeout for the third night in a row. My Chez Panisse Experience : Cafe Fernando – Food Blog - berkeley - chez panisse - san francisco - Restaurants June 23rd, 2011 | Category: Restaurants, Travel Two years before opening Chez Panisse, Alice Waters, together with her friend from the Montessori Centre, started a journey from London and ended up in a remote village in Turkey. In the middle of nowhere, they ran out of gas and asked for help from a big-eyed boy. The boy mimed there wasn’t any gas left to pump and when they asked for food, this time he led them to his house. He built a fire out of pine cones, put on a teapot and came back with a tiny piece of cheese, which he then cut into microscopic portions before serving them. Alice, realizing that the big-eyed boy has given them everything he has without expecting anything in return, was deeply moved.

2011 » Pete Drinks One of my big beer obsessions is exploring the ever growing London brewing scene; the London Brewers page I maintain here isn’t so much a public service as a ‘to drink’ list. Here, we pay our first visit to a brewpub – specifically, the Bull in Highgate which has the added benefit of being the brewery geographically closest to my house! The Bull has been there for a very long time, but it’s only a matter of months since Dan Fox took the place over, refurbished it into a stylish space and somehow managed to cram a small, 2.5 barrel brewery – the London Brewing Company – into the corner of the kitchen. Ok, so it’s not going to put Fullers out of business any time soon but despite the size they aim to keep four of their own brews on tap at any one time. They also manage to sell one of the more impressive collection of craft beer from around the world – draft and bottled – that I’ve come across in a pub.