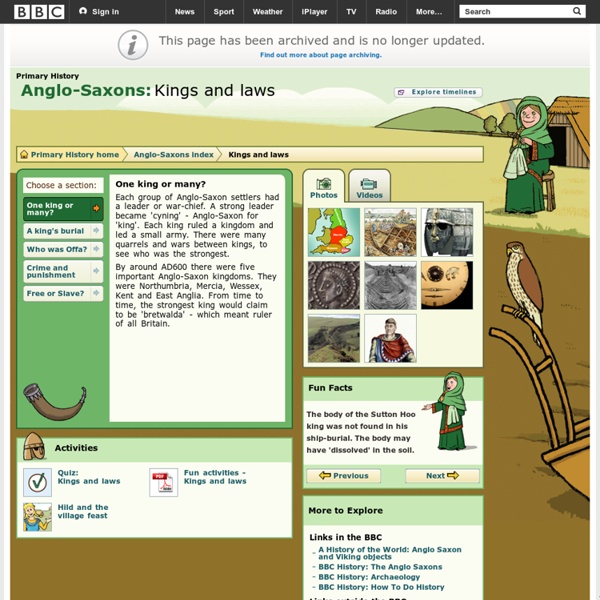 Concepts of Authenticity in Early Music and Popular Music Communities 22 Christopher Page published his research in a series of articles and books, beginning with “Machaut’s ‘Pupil’ Deschamps on the Performance of Music.” Early Music, 5 (1977), 484–91, and “The Performance of Songs in Late Medieval France: A New Source,” Early Music 10 (1982), 441-450. On Page and Gothic Voices and their reception in Early Music and musicological circles, see Leech-Wilkinson, The Modern Invention of Medieval Music (2002), chapter 2.

Anglo-Saxon Poetry: Characteristics & Examples In this lesson, we will review the general history of Anglo-Saxon society and its era. Then, we will look closer at the characteristics of the literature, specifically the poetry, of that era. Explore our library of over 10,000 lessons Click "next lesson" whenever you finish a lesson and quiz. Anglo-Saxon Anglo-Saxon, term used historically to describe any member of the Germanic peoples who, from the 5th century ce to the time of the Norman Conquest (1066), inhabited and ruled territories that are today part of England and Wales. According to St. Bede the Venerable, the Anglo-Saxons were the descendants of three different Germanic peoples—the Angles, Saxons, and Jutes. By Bede’s account, those peoples originally migrated from northern Germany to the island of Britain in the 5th century at the invitation of Vortigern, a ruler of Britons, to help defend his kingdom against marauding invasions by the Picts and Scotti, who occupied what is now Scotland.

Life in Anglo-Saxon England 1. Introduction The Anglo-Saxon period lasted for some six centuries, from the arrival of Germanic invaders from the continent during the early fifth century AD to the Norman Conquest of 1066. This was a time of immense political and social upheaval which saw major changes in almost all aspects of everyday life. Epic World History: Anglo-Saxon Culture The Anglo-Saxons were Germanic barbarians who invaded Britain and took over large parts of the island in the centuries following the withdrawal of the Roman Empire. They were initially less gentrified than other post-Roman barbarian groups such as the Franks or Ostrogoths because they had less contact with Mediterranean civilization. The Anglo-Saxons were originally pagan in religion. The main group, from northwestern Germany and Denmark, was divided into Angles, Saxons, and Jutes. German tribal affiliations were loose and the original invaders included people from other Germanic groups as well. Although some of the early Anglo-Saxon invaders had Celtic-influenced names, such as Cedric, the founder of the house of Wessex, the Anglo-Saxons had a pronounced awareness of them-selves as different from the peoples already inhabiting Britain.

Anglo-Saxon clothes - women 5th to 7th centuries Women wore an under-dress of linen or wool with long sleeves and a draw-string neck. Sleeves were fastened with clasps for wealthier women, or drawn together with braid or string for poorer women. The outer dress was a tube of material, rather like a pinafore, and often called a ‘peplos’. A pair of shoulder-brooches or clasps held this onto the under-dress. A belt was worn, from which various accessories were hung. There is some linguistic evidence that shawls were worn, as well as cloaks, which were fastened either centrally or to the right shoulder with a brooch.

anglo-saxon Early History of England The island was originally inhabited by Celtic tribes from Central Asia prior to the invasion by the Romans c. 50-100CE. Some of the Celts, a brave, fierce, and what we would call barbaric people, fled west over the mountains to what is now Wales and further over to Ireland. The rest stayed and intermarried with the invading Romans. The Romans brought architecture, art, "civilization," Christianity and most important, literacy. Anglo-Saxon literature: Poetry There are two types of Old English poetry: the heroic, the sources of which are pre-Christian Germanic myth, history, and custom; and the Christian. Although nearly all Old English poetry is preserved in only four manuscripts—indicating that what has survived is not necessarily the best or most representative—much of it is of high literary quality. Moreover, Old English heroic poetry is the earliest extant in all of Germanic literature. It is thus the nearest we can come to the oral pagan literature of Germanic culture, and is also of inestimable value as a source of knowledge about many aspects of Germanic society.

Anglo-Saxon clothes - men 5th and 6th centuries Men wore wool or linen hip-length undershirts with long sleeves, and probably loin-cloths. Woollen trousers were held up with a belt threaded through loops. Exploring the Depth and Beauty of Anglo-Saxon Literature This map shows kingdoms in the island of Great Britain at about the year 800 CE. When we hear the words “Anglo-Saxon literature,” Beowulf is probably the first thing that comes to mind. Then we might think of the beauty of illuminated manuscripts such as the Book of Durrow or the Lindisfarne Gospels. In this exclusive interview, James Blake Wiener talks with Professor Larry Swain of Bemidji State University about these works, as well as Norse and Irish influences on Anglo-Saxon literature and the significance of the Byzantines, Theodore and Hadrian, who came to Northumbria in the seventh century CE. Professor Swain recommends learning Old English in order to be able to read works in Old English, of course, but equally intriguing, to allow us to better express ourselves in modern English.

Anglo-Saxon literature: Prose Old English literary prose dates from the latter part of the Anglo-Saxon period. Prose was written in Latin before the reign of King Alfred (reigned 871–99), who worked to revitalize English culture after the devastating Danish invasions ended. As hardly anyone could read Latin, Alfred translated or had translated the most important Latin texts. He also encouraged writing in the vernacular. History - Ancient History in depth: The Anglo-Saxons Anglosaxon Literature and Prose - Beaming Notes The Germanic forefathers of the English brought with them their own poetry but there is no evidence of them bringing any prose writings. The development of English prose wholly took place in England and was greatly facilitated by the introduction of Christianity. The early prose was utilitarian and we find its first traces in the collection of Laws such as the Laws of Ine and the opening pages of the chronicle which were kept in various monasteries such as Canterbury, Abingdon, Winchester, Worchester and Peterborough. The prose that we find in these earliest writings does not have a proper form.