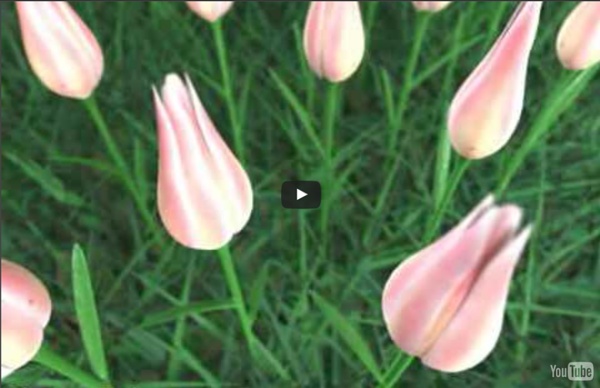 Geometric alignments The ancient landscape was a canvas upon which in prehistory, our ancestors connected points on the ground with points in the sky, then further reinforcing these connections with megalithic constructions. Although simplistic, this is the essence of the ley-line theory, which is still not fully accepted by the scientific community. The suggestion of a further geometric connection between these alignments has always been a bone of contention for mainstream pre-historians, who still argue that Neolithic people were simple tribal, hunter/gatherers, with only basic skills, and as yet not identifying any presence of any order or hierarchy in their society, which might facilitate the existence of such grand architecture. The equilateral triangle at Stonehenge which was recognised by Sir Norman Lockyer serves as an excellent means whereby many of the answers to these questions can be found through the same example. (More about Ley lines) {*style:<b> ( More about Old Sarum ) (More about Stonehenge) .

Alex Grey A Lazy Layman's Guide to Quantum Physics That's an easy one: it's the science of things so small that the quantum nature of reality has an effect. Quantum means 'discrete amount' or 'portion'. Max Planck discovered in 1900 that you couldn't get smaller than a certain minimum amount of anything. This minimum amount is now called the Planck unit. The meaning of quantum physics is a bit of a taboo subject, but everyone thinks about it. Copenhagen Interpretation (CI) This is the granddaddy of interpretations, championed by the formidable Niels Bohr of Copenhagen university. The CI has a bit of a cheek calling itself an interpretation, because it essentially says "thou shalt not ask what happens before ye look". When you do try to take Copenhagen seriously you come to the conclusion that consciousness and particle physics are inter-related, and you rush off to write a book called The Dancing Wu-Li Masters. More recently, Henry Stapp at the University of California has written papers such as On Quantum Theories of the Mind (1997).

Russian Pyramid Research Contacts: Info@PYRAMIDS.RU Tel. +7 (495) 228 2556 Alexander Golod, who coordinated groups of scientists in Russia, carried out scientific studies for over a decade in fiberglass Pyramids built by him. The results showed significant positive effects for both biological and non-biological materials. The largest Pyramid built by Alexander Golod in Russia is 44 meters (144 feet) high and weights 55 tons. Some of the scientific results of previous studies with Golden Section Pyramids built by Alexander Golod show: Work with more than 5000 people in jails in Russia showed that in a few months most crimes almost disappeared and behavior was much improved. Crystalline substances that had been placed in one of Alexander Golod's big pyramids were delivered on board the MIR space station in 1998. Pyramid near Moscow - Russian Wonder of the World. The New World Wonder you can admire in Russia now! ABO Company helps to organize excursion on the Pyramid near Moscow. Effect of the Pyramids form

Pyramid valley -Tower of Inspiration - www.bangalorebest.com The Maitreya Buddha Pyramid, the world's largest meditation pyramid, is a new landmark, and an impressive one. There is power in a pyramid. It is believed that a shaving blade stored inside a small pyramid is sharper and longer lasting. Imagine then, the power of the world's largest meditation pyramid. Nestled amidst rocky hills and lush green valleys some distance off Kanakapura Road sits the slate-gray Maitreya Buddha Pyramid. "The meditation centre serves individuals, societies and organisations in their quest for self-realisation and spiritual wisdom. Built by the Pyramid Spiritual Trust (India), the Pyramid stands 102-ft tall, has a base area of 160x160 feet and can accommodate 5,000 people. The design, influenced by the ones at Giza, Egypt, the oldest of the world's seven wonders, is simple, yet inspiring. The Pyramid is built on the same design principles with a north-south orientation and a golden angle of inclination at 51° 51' on all sides. You Must Know ! Go Back

Harmony of the Spheres. Harmony of the Spheres: (The Geometry of Music) It is now realised that acoustics have played an important part in our lives for several tens of thousands of years. Palaeolithic caves have been shown to share a relationship between the location of their internal cave art and areas which demonstrate high acoustic qualities. (2) We also know that acoustic qualities were deliberately built into prehistoric constructions around the world. (More about Acoustics in Prehistory) Although there is little recognition for the relationship between music, mathematics and physical universe, it seems that such a knowledge has been understood for thousands of years having been incorporated into myths and even the dimensions of certain sacred places in order to enhance them. It is a simple fact that music is based on mathematics. The first confirmed discovery of a musical instrument we have comes from around 35,000 years ago (3), with several flutes having been found made from mammoth and bird bones.

Acoustic Phenomena Tibetan Monks levitating stones: (Excerpt from 'Anti-gravity and the World Grid' edited by D.H. Childress): 'A Swedish doctor, Dr. Jarl, a friend of Kjelsons, studied at Oxford. During those times he became friends with a young Tibetan student. Continuously they brought new blocks to the meadow, and the monks using this method, transported 5 to 6 blocks per hour on a parabolic flight track approximately 500 metres long and 250 metres high. Flower-of-Life-61circles.png - Wikipedia, the free encyclopedia