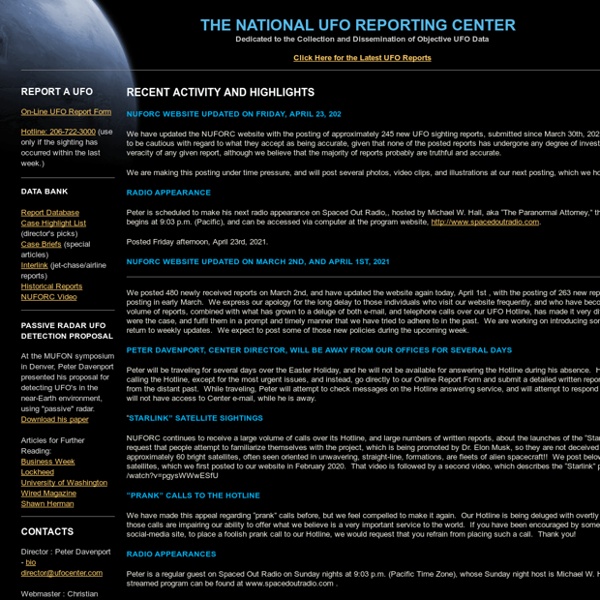 Strange Science: The Rocky Road to Modern Paleontology and Biology Institute David Black Selected as President and CEO at SETI Institute The SETI Institute has announced the selection of Dr. David Black as its new President and Chief Executive Officer. Black, who is President and CEO Emeritus of the Universities Space Research Association and Visiting Scientist at the Lunar and Planetary Institute, is a widely recognized researcher in the fields of star and planet formation, and the search for exoplanets. Read More Boulder Clustering on Martian Polygonal Patterned Ground Travis Orloff (UC Santa Cruz) proposes a new mechanism for boulder clustering unique to Mars and uses observations of boulder clustering around impact features to place constraints on the timescale of boulder clustering. Read More Big Picture Science Radio Show - Since Sliced Bread Happy Birthday, World Wide Web! The 25-year-old Web, along with the Internet and the personal computer are among mankind’s greatest inventions.

The Slightly Warped Website Space ball: UFO shocks Brazilians & Zen Haven An unidentified metal sphere has plunged from the sky on unsuspecting villagers in northern Brazil, causing an uproar. According to eyewitnesses, the UFO weighs about 50 kilograms and measures roughly one meter in diameter. The sphere fell on Wednesday in a village of Riacho dos Poços in Brazilian Maranhão state. No casualties were reported apart from an unfortunate cashew tree that was severed by the object as it plunged to the ground, according to MR Notícias, a Mata Roma news site. Valdir José Mendes, 46, told police the sphere landed several meters from his house leaving a one-meter-deep hole in the yard. “I heard the noise and I went out to see what caused it. The noise was such that Mendes was too scared to go outside. Some 20 villagers joined Mendes to help him extract the object from the ground and examine it. “It was a huge uproar here. Military police confiscated the sphere and took it to the barracks in the nearby Mata Roma. > Metal ‘Teletubby head’ falls near Namibian village