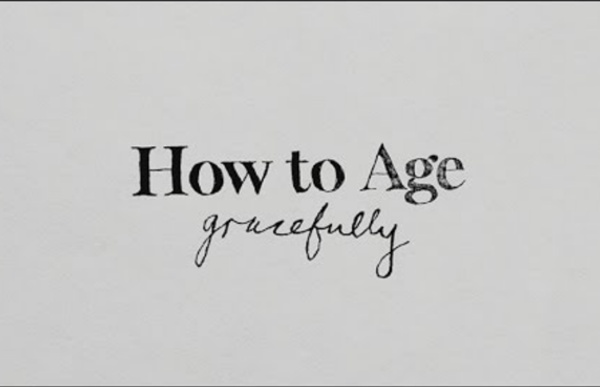 Related:  Clips for the classroom • Spirit and Spiritual World • Engelska

Ajit Vadakayil: BEEJ MANTRA , ANUSWARAM NASAL SOUND , PRIMORDIAL LONGITUDINAL WAVE SOUND FREQUENCY – CAPT AJIT VADAKAYIL The sign of OM is the sign of Hinduism. It is the first and foremost of all mantras. Mantra is the sound body of consciousness. OM is considered as the sound of cosmic energy and contains all the sounds in itself. The spiritual efficacy of OM is heard, not by the ears but by the heart . The frequency of OM is 7.83 Hz , which in inaudible to the ear, as the human ear of a 2 strand DNA human being like you and me , cannot discern sounds of frequency less than 20 hertz. Ohm- 7.83 Hz Gam - 14 Hz Hleem - 20 Hz Hreem - 26 Hz Kleem - 33 Hz Krowm - 39 Hz Sreem - 45 Hz All these harmonics are part of Beej mantras. OM has been lifted by other religions as AMEN, 786 ( OM symbol shown in mirror ), SHALOM, OMKAR etc- but they do NOT work. Shri Navgraha Strota: जपाकुसुमसंकाशंकाश्यपेयंमहद्युतिम् तमोऽरिM सर्वपापघ्नंप्रणतोऽस्मिदिवाकरम् | I bow to Surya, who shines like JapaKusuma flower, who is son of Kasyapa, who is resplendent, who is enemy of darkness n who destroys all sins. दधिशण^खतुषाराभंक्शीरोदार्णवसंभवम् Rahu

mondegreens A Collection of Humorous Mondegreens The word Mondegreen, meaning a mishearing of a popular phrase or song lyric, was coined by the writer Sylvia Wright. As a child she had heard the Scottish ballad "The Bonny Earl of Murray" and had believed that one stanza went like this: Ye Highlands and Ye Lowlands Oh where hae you been? They hae slay the Earl of Murray, And Lady Mondegreen. Poor Lady Mondegreen, thought Sylvia Wright. Listed below are my favorites. Return to my Personal Interests page Return to my HOME page Mexican doodles I never had a class that didn’t ask if I wear a kilt when I am in my country. I wonder if Mexican teachers working away from home get asked the same thing about sombreros. This is a silly game that I remember from my childhood. Language level: Beginner (A1)Learner type: Young learners; Teens; AdultsTime: 20 minutesActivity: Grammar drillTopic: StereotypesLanguage: Noun phrases (with the –ing form of the verb)Materials: None Mexican doodles [downloaded 2613 times] Lesson plan outline Language introduction: One by one, draw the following 8 pictures on the board and in each case, ask: What’s this? Tell students the answers as you go along and drill pronunciation of all the structures. a. Receptive stage: Clean the board. Note that despite the importance of noun phrases in language, traditional learner grammars sometimes forget about them (sentences, on the other hand, are never forgotten). Follow ups Ask students if they can invent their own similar pictures.

Heart of Hinduism: Doctrine: Sankhya and Yoga Kapila, who founded the school of Sankya. Some Hindus claim there were two Kapilas, teaching theistic and atheistic versions of this doctrine. Sankhya, derived from the word meaning "to count," is a philosophical system of analysing matter established by Kapila. It aims to overcome suffering through cultivating discrimination and by releasing the soul (purusha) from its entanglement in matter (prakriti). Scholars say that it was originally a non-theistic system delineating 24 material truths (or elements), with the soul as the 25th. As theistic schools evolved, they added a 26th element, the paramapurusha or God (purusha and paramapurusha are here synonymous with atman and paramatman). Patanjali-yoga, also called raja- or astanga-yoga, is intimately linked with Sankhya, its "sister" darshan. The 24 Elements of Sankhya Philosophy The pradhana is the unmanifest three modes of nature (goodness, passion and ignorance). Pradhana False-ego Intelligence Mind Five gross elements Five sense objects

Welcome to EFL Literature Circles Forget John Lewis, this is the saddest Christmas ad you'll ever see | Business Handkerchiefs at the ready: the German supermarket chain Edeka has aired a Christmas ad that could top John Lewis’s “Man on the Moon” as this season’s biggest tear-jerker. In the ad, which has been viewed on YouTube almost 10m times, a lonely old man comes up with drastic measures to bring his family together: he fakes his own death. It starts with the man, played by British actor Arthur Nightingale, receiving a voicemail from his daughter telling him that, once again, the family won’t make it home for Christmas. He sits alone at the dinner table, enduring yet another lonely Christmas. In the next scene, his children, all busy in daily life, get the news that their father has died. They all meet at their father’s house, grieving and dressed in black, but to their astonishment find the table set for dinner and their father, obviously alive, emerging from the kitchen.

Manifesting with the Law of Attraction - Page 2 of 2 When we are in a state of bliss and peacefulness and offering gratitude daily, these feelings and emotions flow back to us effortlessly with ease. On the other hand, when we feel sad and lonely, these same feelings continue to swirl and twirl around us leaving us in this same state. You can feel the energy of possibility coming in, and it is going strong. An Intuitive Medium, Reiki Master and Spiritual Teacher, Shelly Wilson would love to assist you on your spiritual journey. It's Good Karma to Share:

The best free cultural & educational media on the web | Open Culture Video for the English classroom For the language teacher, YouTube may be nothing less than one of the best sources of material the classroom has ever seen. In this article, I would like to share 12 clips that I have used in my own classroom. I hope that each clip will be representative of a type of video that may be of particular interest to language teachers. Note: In this article, we will be examining a number of clips that are hosted on the video-sharing site YouTube. 1. Some poems are best appreciated when they are heard rather than read. For language teachers, a visual element increases the possibilities for using any text in the classroom. 2. This is an example of ‘kinetic typography’ – the technical name for a moving text. Note how the text bombards the eyes in a range of orientations, sizes, font- types, colour and movement. Kinetic typography requires ‘space-time reading’ on the part of the viewer. 3. 4. With a new advertising medium comes a whole new range of issues for the educator to confront. Is it real?

To See Deep into Space, Start Deep Underground Constance Walter is the communications director for the Sanford Underground Research Facility. She explores the stars vicariously through the physics experiments running nearly a mile underground in the former Homestake Gold Mine. She contributed this article to Space.com's Expert Voices: Op-Ed & Insights. In 1969, Neil Armstrong fired my imagination when he took "a giant leap" onto the moon. I was 11 years old as I watched him take that first step, and like millions around the world, I was riveted to the screen. How we see the world impacts how we view it: That first glimpse of outer space sparked an interest in science. Kathryn Jepsen, editor-in-chief of the physics magazine Symmetry, captured this need for the visual in this way: In trying to create images for her readers, she is never sure if her intent is what readers "see" in their mind's eye — so she works with illustrators, videographers and photographers to create the images she wants them to see.

11 of the Best Grammar and Writing Apps for High School Students At last count, there were over 80,000 educational apps available to teachers. There are apps for everything: literacy, STEM, productivity, audiovisual, etc. There are apps which improve accessibility for students with different learning challenges, i.e. text to voice, voice to text, etc. While many of these may be a dream come true for educators, the dizzying array of choices is also a nightmare. Did we miss any?

18 Animations of Classic Literary Works: From Plato and Shakespeare, to Kafka, Hemingway and Gaiman Yesterday we featured Piotr Dumala's 2000 animation of Fyodor Dostoyevsky’s classic novel, Crime and Punishment, and it reminded us of many other literary works that have been wonderfully re-imagined by animators -- many that we've featured here over the years. Rather than leaving these wondrous works buried in the archives, we're bringing them back and putting them all on display. And what better place to start than with a foundational text -- Plato's Republic. We were tempted to show you a claymation version of the seminal philosophical work (watch here), but we decided to go instead with Orson Welles' 1973 narration of The Cave Allegory, which features the surreal artistic work of Dick Oden. Staying with the Greeks for another moment ... Eight years before Piotr Dumala tackled Dostoyevsky’s Crime and Punishment, Dumala produced a short animated film based on The Diaries of Franz Kafka. Emily Dickinson's poetry is widely celebrated for its beauty and originality. E.B.

Mind-Altering Quantum Experiment Shows Time Has Never Existed As We Think It Does – Cosmic Scientist In 2012 US National Medal of Science award winner Yakir Aharonov, who is regarded as one of the world’s leading quantum theorists published a paper in Nature Physics showing that the present is constrained by the past and the future. This means that what happens in the present can depend on what happened in the future, which makes no sense, as quantum physics rarely does. It also means that what happened in the past can effect the present. Seems strange, doesn’t it? It’s definitely something hard to wrap your head around. “We choose to examine a phenomenon which is impossible, absolutely impossible, to explain in any classical way, and which has in it the heart of quantum mechanics. This isn’t the first time quantum physicists have studied the structure of time. Delayed Choice/Quantum Eraser/Time There is another groundbreaking, weird experiment that also has tremendous implications for understanding the nature of our reality, more specifically, the nature of what we call “time.”