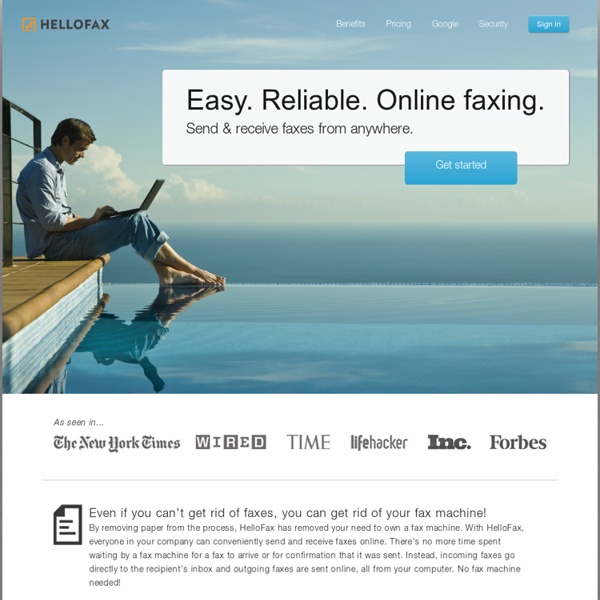 The Benefits of Eating Insects Cubelets: modular, affordable robotics for kids and students Robotics can be a tricky subject to teach children, and it's hard to know where to start. Cubelets is a system of modular cubes that each have one use, interaction, or behavior, and by linking them together you can create easy to understand robots with impressive behavior. It's a great concept: you start with very basic ideas, and then by linking them together you can create something that can work in a variety of ways. "Cubelets was originally called roBlocks and was a project I worked on while in grad school for architecture at Carnegie Mellon University in Pittsburgh," Eric Schweikardt, the creator of Cubelets, told Ars. Each $300 kit comes with 20 blocks, and they're classified as either action, sense, or utility. It sounds simple, but the 20 blocks allow for a variety of behaviors and experimentation. Right now the market is hobbyists and informal education, and Schweikhardt thinks science centers and children's museums would be a good fit.

Nano Hummingbird, drone, spy plane, Pentagon: Pentagon, AeroVironment to unveil Nano Hummingbird, an experimental mini-spy plane - latimes.com A pocket-size drone dubbed the Nano Hummingbird for the way it flaps its tiny robotic wings has been developed for the Pentagon by a Monrovia company as a mini-spy plane capable of maneuvering on the battlefield and in urban areas. The battery-powered drone was built by AeroVironment Inc. for the Pentagon's research arm as part of a series of experiments in nanotechnology. The little flying machine is built to look like a bird for potential use in spy missions. The results of a five-year effort to develop the drone are being announced Thursday by the company and the Pentagon's Defense Advanced Research Projects Agency. Equipped with a camera, the drone can fly at speeds of up to 11 miles per hour, AeroVironment said. The quick flight meets the goals set forth by the government to build a flying "hummingbird-like" aircraft. The Hummingbird would be a major departure from existing drones that closely resemble traditional aircraft. "This is a new form of man-made flight," Keennon said.

How To Turn A Laser Into A Tractor Beam A photon has a small momentum which it can impart to anything it hits, as Arthur Compton and Peter Lebedev discovered at the beginning of the last century. We now know that photons can be used to push anything from electrons to solar sails. Today, Jun Chen from Fudan University in China and a few pals demonstrate the counterintuitive result that photons can pull things too. Chen and buddies say this is possible when the system meets two conditions. If the scattering angle is just right, the total momentum in the direction of propagation can be negative, meaning the particle is pulled back towards the source and the light becomes a tractor beam. This must not be confused with various “optical tweezer” type mechanisms in which particles trapped in a beam follow the intensity gradient of the light. Chen and co’s new force works when there is no gradient. That’s a handy additional tool in the nanomanipulator’s box of tricks.

An Interview With Bernie Madoff Bernard L. Madoff is in therapy. Each week, he waits for the signal that prisoners are allowed to leave their housing units, then he walks the five minutes from his “room,” as he calls it, to the psychiatric unit at the Federal Correctional Institution in Butner, North Carolina, where he can unburden himself. The sessions are often teary. “How could I have done this?” In some ways, Madoff has not tried to evade blame. And so, sitting alone with his therapist, in the prison khakis he irons himself, he seeks reassurance. There aren’t many who would agree. Madoff, 72, is in prison with a sentence of 150 years, which seems more than just, given the enormity of his crime. After Mark’s suicide, I became interested in this most tragic of families and the elemental forces that had torn them apart. And so I was left where I’d started: with the black hole at the center of this exploding galaxy, its destructive waves still radiating outward. Then one evening a few weeks ago, my home phone rang.

Atom-Thick Material Shows Electronic Promise Molybdenite, a mineral that’s currently used as a lubricant, turns out to have extraordinary electronic properties when deposited in two-dimensional strips. Researchers in Switzerland have now made high-performance transistors out of this form of molybdenite. Used in this way, the mineral could hold promise for more efficient flexible solar cells, electronics, or high-performance digital microprocessors. Like graphene, an atom-thick form of carbon, “two-dimensional” molybdenite has electrical and optical properties that are much better than those found in three-dimensional forms of the material. Researchers led by Andras Kis at the École Polytechnique Fédérale de Lausanne (EPFL) made molybdenite transistors using methods used in the early days of graphene research. After Andre Geim and Kostya Novoselov demonstrated the promise of graphene in 2004—a feat that won them the Nobel Prize in 2010—there was a burst of interest in making and testing other two-dimensional materials.

isolani - Javascript: Breaking the Web with hash-bangs Update 10 Feb 2011: Tim Bray has written a much shorter, clearer and less technical explanation of the broken use of hash-bangs URLs. I thoroughly recommend reading and referencing it. Update 11 Feb 2011: Another very insightful (and balanced) response, this from Ben Ward (Hash, Bang, Wallop.) , great job in separating the wheat from the chaff. Lifehacker, along with every other Gawker property, experienced a lengthy site-outage on Monday over a misbehaving piece of JavaScript. Gawker sites were reduced to being an empty homepage layout with zero content, functionality, ads, or even legal disclaimer wording. JavaScript dependent URLs Gawker, like Twitter before it, built their new site to be totally dependent on JavaScript, even down to the page URLs. Every URL on Lifehacker is now looks like this Fragment identifiers So Sunday Lifehacker was a 1 million page site, today it's a one page site with 1 million fragment identifiers. Why? A solution to a problem The #! Wow.

Latest Geminoid Is Incredibly Realistic Geminoid DK is the first Geminoid based on a non-Japanese person, and also the first bearded one. Okay, I admit it... I found myself wondering whether this was in fact a real robot, or actually a person pretending to be a robot. It's not a fake. This is the latest iteration of the Geminoid series of ultra-realistic androids, from Japanese firm Kokoro and Osaka University mad scientist roboticist Hiroshi Ishiguro. UPDATE: Wow. When we contacted Prof. "In a couple of weeks I will go back to Japan to participate in the experiments," he says. Geminoid DK does look pretty much exactly like the original template: The Geminoid is on the right. If you're wondering why on Earth someone would want an exact robotic double of themselves, besides being TOTALLY AND COMPLETELY AWESOME, the Geminoid is going to be used for studying human-robot interaction, in particular people's emotional responses when they face an android representing another person. Prefers body number 1, eh?

Communications overload Jose Huitron had just hit the digital wall. Toggling between Facebook, Google, Twitter and a handful of other online communities, he found it hard to keep up with a constant barrage of tweets, texts and instant messages. "There are so many things coming at you," says Huitron, 29, owner of HUB 81, a social-media consultancy in Santa Maria, Calif. "I just keep a few open all the time now." A crush of popular social-media toys - Facebook, Twitter, Google, Yahoo, Yelp, social games, Skype, YouTube and Quora, to name a few - has opened the lines of communication between millions of people as never before. But the glut of tools and their features - chat, messages, instant messages, texting and tweets - has led to multiple conversations that can be head-spinning. People are drowning in a deluge of data. The consequences could be telling for major companies that ignore the conversation overload. Consolidation of myriad online conversations and media is inevitable, Levie says.

Isotope Let the geek worship begin Jennifer Ouellette, contributor As The New Cool by Neal Bascomb shows, classroom robot wars can inspire the celebration of invention "IT IS almost a miracle that modern teaching methods have not yet entirely strangled the holy curiosity of inquiry," Albert Einstein once observed, expressing his frustrations with his early formal education. He would have found a kindred spirit in Amir Abo-Shaeer, a physics teacher at Dos Pueblos High School in Goleta, California, who is the heart and soul of Neal Bascomb's new book. Amir Abo-Shaeer (Image: Amanda Edwards/The John D. and Catherine T. This national tournament was founded in 1992 by inventor and entrepreneur Dean Kamen, best known for inventing the Segway electric vehicle. It is no coincidence that this sounds like the film Hoosiers for geeks, but with teams building robots rather than playing basketball. It's not just about inspiring and engaging the students, however. Jennifer Ouellette is the author of The Calculus Diaries (2010)

March 24, 2011 - High-temperature Superconductor Spills Secret: A New Phase of Matter Menlo Park, Calif. — Scientists have found the strongest evidence yet that a puzzling gap in the electronic structures of some high-temperature superconductors could indicate a new phase of matter. Understanding this “pseudogap” has been a 20-year quest for researchers who are trying to control and improve these breakthrough materials, with the ultimate goal of finding superconductors that operate at room temperature. "Our findings point to management and control of this other phase as the correct path toward optimizing these novel superconductors for energy applications, as well as searching for new superconductors," said Zhi-Xun Shen of the Stanford Institute for Materials and Energy Science (SIMES), a joint institute of the Department of Energy’s SLAC National Accelerator Laboratory and Stanford University. Superconductors are materials that conduct electricity with 100 percent efficiency, losing nothing to resistance. Lawrence Berkeley National Laboratory, a U.S.

The Myth of the Permanent Rich - The Wealth Report By Robert Frank Researchers and journalists (myself included) often refer to the rich as a fixed group. There are the “the rich” who keep getting richer, with ever-rising shares of the nation’s income and wealth. And then there are “the rest,” who aren’t getting much of either. The rich also fall At a time when the American Dream is supposedly dead for most Americans, while Wall Streeters are seen as permanently ensconced in government-backed luxury, the chances of moving up or down would appear slim. But the rich and poor may be far more fluid than the conventional wisdom would have us believe. A Census Bureau study shows that from 2004 to 2007, about a third of the households in the highest income quintile (the top 20%) moved down to another income group. This isn’t to say Horatio Alger is the norm, and America ranks below many other developed countries when it comes to intergenerational mobility, or the chances of rising higher than your folks did.