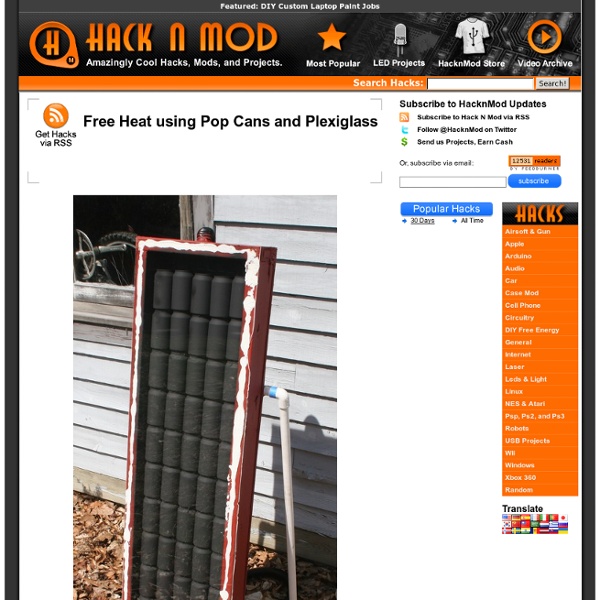 Build Your Own Solar Battery Charger First we need an old window, I got mine from a construction site. Its your basic old nasty basement window. Make sure you wash both sides of the glass well with soap and water and window cleaner, more dust means less light gets through to your solar cells. Next take your multi-meter and sit in a sunny spot (or under a flood lamp) and check all your cells to make sure they get about .5 volts per cell. You do this by gently (cells are REALLY fragile) putting the red on the front (make sure its on the little metal lines) and black on the back (any place) of each cell while it is in the sun. It should say about .5 volts. For this project I used 12 cells but you really only need 6. As you can see they all fit with a lot of room left over, if I wanted to I could have used this window for a larger project but I only need a battery charger for right now. Next we get down to the fun part, soldering. There are two ways to wire power supplies (like batteries or solar cells) together.

How I built an electricity producing Solar Panel Several years ago I bought some remote property in Arizona. I am an astronomer and wanted a place to practice my hobby far away from the sky-wrecking light pollution found near cities of any real size. In my attempt to escape city slicker yuppies (you know the kind, the ones that like to blab loudly on their cell phone while they work on some business administration degree in a cyber cafe somewhere in Trendyland.) and their light pollution, I found a great piece of remote property. I built a wind turbine to provide some power on the remote property. Here is a video of the solar panel set up and in use on my remote, off-grid property. Let me state up front that I probably won't be able to help you out much if you decide to build your own solar panel(s). So what is a solar panel anyway? I started out the way I start every project, by Googling for information on home-built solar panels. After a while, I came to some conclusions: <a href='

How to build a Solar Panel DIY Thermosyphon Solar System Search The Renewable Energy site for Do-It-Yourselfers System schematic -- Thermosyphon Solar Water Heater As shown in the schematic, when sun is on the Solar Panel, the water in the panel is heated, becomes less dense and rises up into the Storage Tank. Sun and gravity take care of the circulating the water, so no pump is needed. The system as shown here does not have freeze protection, so it must be used in non-freezing climates, or be drained for the winter. Building the Collector I used a roll of aluminum 10 " wide, which I cut to length and fit under the tubes. There is a 3/4 insulation sheet behind the plywood and another thinner plywood on the back to protect the insulation sheet. There are two sheets of sun tuf corrugated polycarbonate on top. For more more construction details on on a similar type of collector construction here... and here... Collector Installation Some more pictures of the finished collector. Storage Tank and Plumbing Click on pictures for full size Results To Date

DIY Solar Panels Mike Davis is an astronomer. To practice his hobby away from the light pollution of cities, he bought some land in a remote part of Arizona. But there was a problem: No electricity. But he's a resourceful fellow. Read on for more photos and some technical details to give you an idea of how he did it. I bought a couple of bricks of 3 X 6 mono-crystalline solar cells. A solar panel is really just a shallow box. Next I cut two pieces of masonite pegboard to fit inside the wells. I laid out the cells on that grid pattern upside-down so I could solder them together. I used a low-wattage soldering iron and fine rosen-core solder. Here's what the solar panel looks like from the front. Here I am testing first half panel outside in the sun. I drilled a hole in the back of the panel near the top for the wires to exit. [...] Here is the finished product, producing 18.8 volts and 3.05 amps in the sun. How much did it cost? Related solar power stories on MNN:

The EASIEST Card Trick Ever - You Can't Screw Up! The Final 3 Card Trick Quantum computing moves forward New technologies that exploit quantum behavior for computing and other applications are closer than ever to being realized due to recent advances, according to a review article published this week in the journal Science . These advances could enable the creation of immensely powerful computers as well as other applications, such as highly sensitive detectors capable of probing biological systems. "We are really excited about the possibilities of new semiconductor materials and new experimental systems that have become available in the last decade," said Jason Petta, one of the authors of the report and an associate professor of physics at Princeton University. Petta co-authored the article with David Awschalom of the University of Chicago, Lee Basset of the University of California-Santa Barbara, Andrew Dzurak of the University of New South Wales and Evelyn Hu of Harvard University. Two significant breakthroughs are enabling this forward progress, Petta said in an interview.

New qubit control bodes well for future of quantum computing (Phys.org)—Yale University scientists have found a way to observe quantum information while preserving its integrity, an achievement that offers researchers greater control in the volatile realm of quantum mechanics and greatly improves the prospects of quantum computing. Quantum computers would be exponentially faster than the most powerful computers of today. "Our experiment is a dress rehearsal for a type of process essential for quantum computing," said Michel Devoret, the Frederick William Beinecke Professor of Applied Physics & Physics at Yale and principal investigator of research published Jan. 11 in the journal Science. "What this experiment really allows is an active understanding of quantum mechanics. It's one thing to stare at a theoretical formula and it's another thing to be able to control a real quantum object." In quantum systems, microscopic units called qubits represent information. "As long as you know what error process has occurred, you can correct," Devoret said.

Carver Mead's Spectator Interview From American Spectator, Sep/Oct2001, Vol. 34 Issue 7, p68 Carver Mead The Spectator Interview Once upon a time, Nobel Laureate leader of the last great generation of physicists, threw down the gauntlet to anyone rash enough to doubt the fundamental weirdness, the quark-boson-muon-strewn amusement park landscape of late 20th-century quantum physics. Carver Mead never has. As Gordon and Betty Moore Professor of Engineering and Applied Science at Caltech, Mead was Feynman's student, colleague and collaborator, as well as Silicon Valley's physicist in residence and leading intellectual. Perhaps more than any other man, Mead has spent his professional life working on intimate terms with matter at the atomic and subatomic levels. While pursuing these researches, Mead responded to a query from Intel-founder Gordon Moore about the possible size of microelectronic devices. Among whom was Albert Einstein.

New Experiments to Pit Quantum Mechanics Against General Relativity It starts like a textbook physics experiment, with a ball attached to a spring. If a photon strikes the ball, the impact sets it oscillating very gently. But there’s a catch. What happens next depends on which of two extremely well-tested but conflicting theories is correct: quantum mechanics or Einstein’s theory of general relativity; these describe the small- and large-scale properties of the universe, respectively. In a strange quantum mechanical effect called “superposition,” the photon simultaneously passes through and reflects backward off the mirror; it then both strikes and doesn’t strike the ball. But according to general relativity, gravity warps space and time around the ball. Knowing what happens to the ball could help physicists resolve the conflict between quantum mechanics and general relativity. In the past two years, that widely held view has begun to change. Quantum Nature But quantum superpositions are delicate. A single photon is easy to keep in a superposition.

Quantum world record smashed 14-Nov-2013 [ Print | E-mail ] Share [ Close Window ] Contact: University of Oxford Press Officepress.office@admin.ox.ac.uk 44-186-528-3877University of Oxford A normally fragile quantum state has been shown to survive at room temperature for a world record 39 minutes, overcoming a key barrier towards building ultrafast quantum computers. An international team including Stephanie Simmons of Oxford University, UK, report in this week's Science a test performed by Mike Thewalt of Simon Fraser University, Canada, and colleagues. In the experiment the team raised the temperature of a system, in which information is encoded in the nuclei of phosphorus atoms in silicon, from -269 °C to 25 °C and demonstrated that the superposition states survived at this balmy temperature for 39 minutes – outside of silicon the previous record for such a state's survival at room temperature was around two seconds. There is still some work ahead before the team can carry out large-scale quantum computations.