Perception - The reality beyond matter 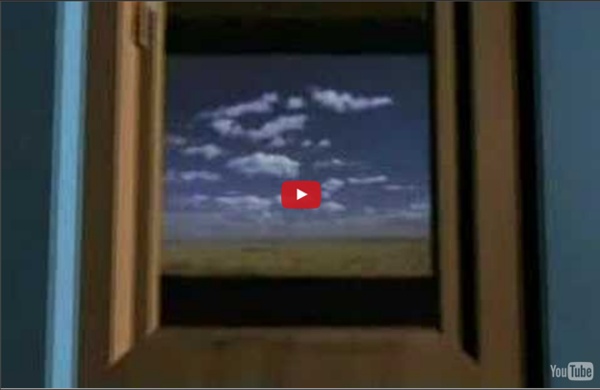 Anarchism In America | Documentary Heaven | Watch Free Documentaries Online A colorful and provocative survey of anarchism in America, the film attempts to dispel popular misconceptions and trace the historical development of the movement. The film explores the movement both as a native American philosophy stemming from 19th century American traditions of individualism, and as a foreign ideology brought to America by immigrants. This documentary features rare archival footage and interviews with significant personalities in anarchist history including Murray Boochkin and Karl Hess, and also live performance footage of the Dead Kennedys. “Anarchists are those who advocate the absence of the state, arguing that common sense would allow people to come together in agreement to form a functional society allowing for the participants to freely develop their own sense of morality, ethics or principled behaviour. The word “anarchy” is often used by non-anarchists as a pejorative term, intended to connote a lack of control and a negatively chaotic environment.

Perception Since the rise of experimental psychology in the 19th Century, psychology's understanding of perception has progressed by combining a variety of techniques.[3] Psychophysics quantitatively describes the relationships between the physical qualities of the sensory input and perception.[5] Sensory neuroscience studies the brain mechanisms underlying perception. Perceptual systems can also be studied computationally, in terms of the information they process. Perceptual issues in philosophy include the extent to which sensory qualities such as sound, smell or color exist in objective reality rather than in the mind of the perceiver.[3] The perceptual systems of the brain enable individuals to see the world around them as stable, even though the sensory information is typically incomplete and rapidly varying. Human and animal brains are structured in a modular way, with different areas processing different kinds of sensory information. Process and terminology[edit] Perception and reality[edit]

What Is The Plan? Why You Should Consider Participating E Cigarette Forum An e cigarette forum might be just what you need. They say that it’s always a good thing when you have someone who has something in common with you. This is where this comes in to help you. When you have this, you will find many good things about using this. What are some of those things, you can read about some of the benefits about using one of these. In the Beginning The first thing is that the e cigarette forum could help you if you are new to the concept of smoking with these. An e cigarette forum such as V2 Cigs’ Forum – quite a popular one – can help you in other ways as well. Another thing that you can do is that you can answer questions. There are many who have found all they needed to know about the e cigarette from the e cigarette forum.

The Zeitgeist Film Series Gateway | Zeitgeist: The Movie, Zeitgeist: Addendum, Zeitgeist Moving Forward Documentary Films .NET Documentary Dish documentaryheaven.com Must Watch The Belief in Authority is a Superstition "In truth, the belief in "government" is a religion, made up of a set of dogmatic teachings, irrational doctrines which fly in the face of both evidence and logic, and which are methodically memorized and repeated by the faithful. Like other religions, the gospel of "government" describes a superhuman, supernatural entity, above mere mortals, which issues commandments to the peasantry, for whom unquestioning obedience is a moral imperative." Social Media is Full of Fake Comments Reddit is being gamed by professional shills every day. PR firms Create Propaganda for US Government Kurt Nimmo from Newsbud has created an amazing report that details how the intelligence agencies pay PR firms to create propaganda for the mainstream media, like how the CIA spawned its Operation Mockingbird and the ongoing effort by the national security state to control media and form consensus for its foreign policy objectives. Open-Sourced Blueprints for Civilization Dr.