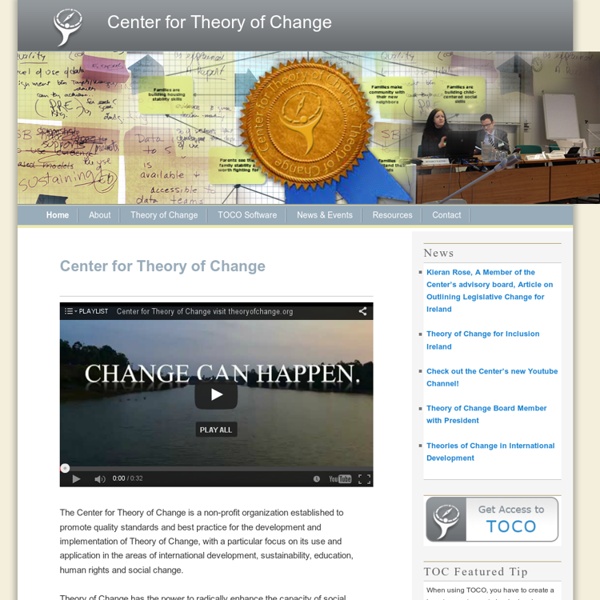 Change management Change management is an approach to transitioning individuals, teams, and organizations to a desired future state.[1] In a project management context, change management may refer to a project management process wherein changes to the scope of a project are formally introduced and approved.[2][3] History[edit] 1960s[edit] Everett Rogers wrote the book Diffusion of Innovations in 1962. There would be five editions of the book through 2003, during which time the statistical analysis of how people adopt new ideas and technology would be documented over 5000 times. The scientific study of hybrid corn seed adoption led to the commonly known groupings of types of people: Innovators, Early Adopters, Early Majority, Late Majority and Laggards. 1980s[edit] McKinsey consultant Julien Phillips first published a change management model in 1982 in the journal Human Resource Management, though it took a decade for his change management peers to catch up with him.[4] 1990s[edit] 2000s[edit] 2010s[edit]

Collective Impact (Photo by iStock/wildpixel) The scale and complexity of the US public education system has thwarted attempted reforms for decades. Major funders, such as the Annenberg Foundation, Ford Foundation, and Pew Charitable Trusts have abandoned many of their efforts in frustration after acknowledging their lack of progress. Once the global leader—after World War II the United States had the highest high school graduation rate in the world—the country now ranks 18th among the top 24 industrialized nations, with more than 1 million secondary school students dropping out every year. The heroic efforts of countless teachers, administrators, and nonprofits, together with billions of dollars in charitable contributions, may have led to important improvements in individual schools and classrooms, yet system-wide progress has seemed virtually unobtainable. Against these daunting odds, a remarkable exception seems to be emerging in Cincinnati. Isolated Impact The Five Conditions of Collective Success 1.

4 Principles For Creating Change, And 4 Barriers That Make It Harder Many people now are struggling to make change; to drive social or environmental impact whether they are social entrepreneurs or people working from within organizations to make a difference. In this piece, we wanted to focus on thinking about how communities of change makers can thrive. It’s not enough for change making to be the sole remit of a handful of do-gooders or NGOs. By highlighting some of the barriers and core principles that are vital to the success of a world in which everyone is a change maker, we hope to begin to mainstream the art of change making and destroy the social entrepreneur’s monopoly on social change. Barrier 1: Experts As Idols Too often change making is outsourced to experts or social entrepreneurs rather than community members. Barrier 2: Conditions Of Problem Solving Are Overlooked Much of the time, we are quick to jump to tactical problem solving without fully reflecting on whether the conditions for it are put in place. Barrier 4: Learning Is One to One

In Defense of Logic Models Photo by 707d3k Last month, my post Creative Placemaking Has an Outcomes Problem generated a lot of discussion about creative placemaking and grantmaking strategy, much of it really great. If you haven’t had a chance, please check out these thoughtful and substantive responses by—just to name a few—Richard Layman, Niels Strandskov, Seth Beattie, Lance Olson, Andrew Taylor, Diane Ragsdale, Laura Zabel, and most recently, ArtPlace itself. I’m immensely grateful for the seriousness with which these and other readers have taken my critique, and their questions and suggestions for further reading have been tremendously illuminating. Now that the talk has subsided a bit, it’s a good opportunity to clarify and elaborate upon some of the subtler points that I was trying to make in that piece, which definitely left a bit of room for people to read in their own interpretations. It’s clear from some of the responses, however, that not everybody shares my optimism in the utility of logic models.

5 Characteristics of a Change Agent cc licensed ( BY ) flickr photo shared by visualpanic (change agents) – People who act as catalysts for change… In my work through school and organization visits, I have been fascinated to see the correlation between the speed of change and an individual who is “leading” the charge. The schools that have someone (or a group of people) helping to push the boundaries of what can be done in schools seem to move a lot quicker with a larger amount of “buy-in” through the process. As Malcom Gladwell describes in his book, “The Tipping Point“, he states: The success of any kind of social epidemic is heavily dependent on the involvement of people with a particular and rare set of social gifts. Although Gladwell talks about the “Law of the Few” (connectors, mavens, salesman), I do not believe change is solely dependent upon their skills, but also the culture in which they exist. you are in an environment where people do not want to come together. a huge bearing on their success. 1.

Theory of Change There has been increasing interest around the world in the role that inclusive businesses, which engage and benefit the global poor, can play in the fight against the problems of poverty. However, disappointingly few of these have achieved the scale required to make a significant difference. An analysis of over 400 such firms in Africa showed that a mere 13% of them had begun to scale. This post was first published on PhilanTopic. As philanthropy has gotten more strategic over the last decade, many foundations have begun to lose their appetite for risk and experimentation. In our recent article, “The Re-Emerging Art of Funding Innovation,” we explore the processes and practices used by these “innovation funders” and look at how funding breakthrough innovation differs from more traditional grantmaking approaches. “Systemic challenges can’t be solved by visionary leaders alone.

Theory of Change: A Collaborative Tool? ? Social Edge We all have a whole boatload of different theories of change: change happens when the heart is deeply moved (people feel the injustice of racism) or when law demands it (Lyndon B. Johnson signs the Civil Rights Act in 1964), change happens better when you are seduced into it than when you are threatened into it, or vice versa, there are views that say it takes a hero (Martin Luther King) or that heroes are irrelevant (the tides of history theory) — dozens of opinions and points of view. And then there is The Theory of Change. Let’s not get into the argument as to how change happens unless we have to — this event is about The Theory of Change — and I learned about it via the wonderful Beth Kanter (picture here) and she pointed me to this background info. The Theory of Change is a methodology, designed to create the kind of change social entrepreneurs are interested in. • Identifying long-term goals and the assumptions behind them Heady stuff. • What is your experience? • Liberate you?