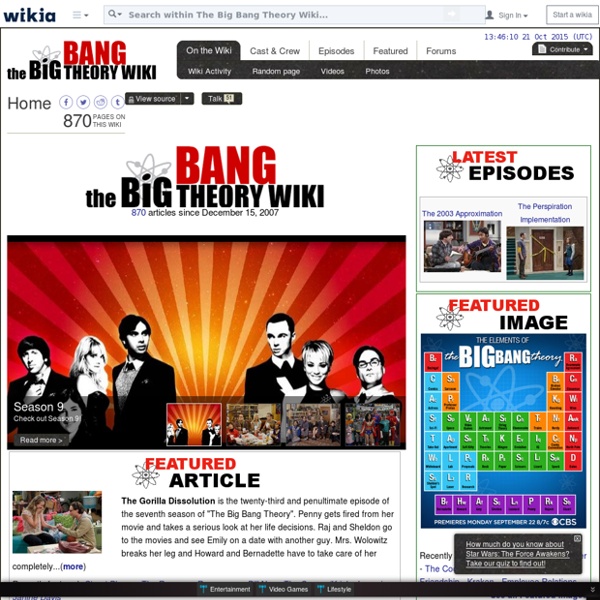 The Big Bang Theory Site Family Guy Wiki Community Wiki The Big Bang Theory Over time, supporting characters have been promoted to starring roles: Leslie Winkle, a physicist colleague at Caltech and, at different times, a lover of both Leonard and Howard; Bernadette Rostenkowski, Howard's girlfriend (later his wife), a microbiologist and former part-time waitress alongside Penny; neuroscientist Amy Farrah Fowler, who joins the group after being matched to Sheldon on a dating website (and later becomes Sheldon's girlfriend), and Stuart Bloom, the cash-strapped owner of the comic book store the characters often visit. In February 2014, CBS CEO Les Moonves confirmed an eighth season, when announcing the first half of the new season would air on a different night, due to CBS acquiring the rights to Thursday Night Football games. The show will return to its Thursday slot it has held for the past few seasons once the football games end.[9] In March 2014, CBS once again renewed the show for three additional years, through the 2016–17 television season.[10] Production