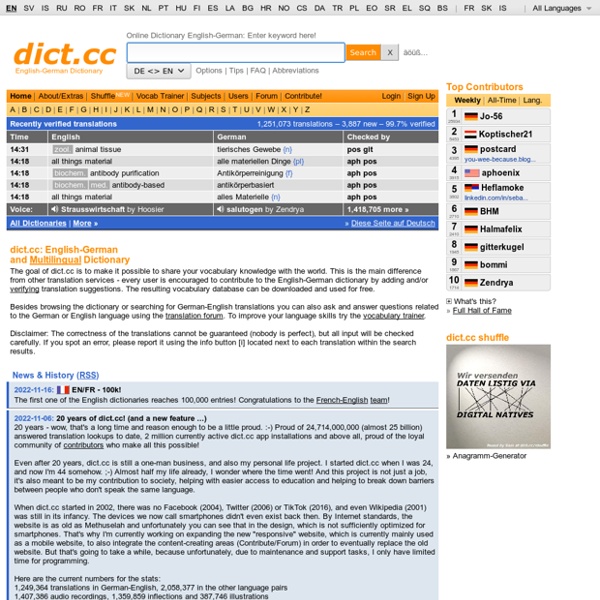 Top 100 German verbs - The German Professor This verb list comes from Randall Jones & Erwin Tschirner’s A Frequency Dictionary of German. Core Vocabulary for Learners, which lists the 4034 (!) most commonly used words in German. learn with Flashcards Group 1 Don’t settle for just any verb, learn one of the top 100 German verbs! Learn for free with audio flash cards and the dangerously addictive Lingo Dingo! Which verb will help you save the world? Done with German Verbs Group 1?

English Conjugators Kenneth Bryant was chairman of the Department of Modern Languages at Southern Nazarene University in Oklahoma for eleven years. His experience with the Spanish language began early in his life. He lived in Guatemala from ages eight to sixteen, and lived in Mexico for another two years. He has a M.A. in Romance Languages and Literature from the University of Michigan and a PhD in Administration of Higher Education from Boston College. The idea of the verb wheels began in the 1980s when computers were beginning to be applied to problems in the humanities.

Step into German - For Teachers - Goethe-Institut  In their free time, your students listen to music, watch movies, play sports. Why not make their personal interests part of your German classroom? Why not work with teaching materials that focus on German music, film and soccer? - Upgrade your KWL Chart to th 21st Century 0 Comments July 22, 2011 By: Silvia Tolisano Jul 22 grahamworkmansecondary - Useful websites Skip to main content Create interactive lessons using any digital content including wikis with our free sister product TES Teach. Get it on the web or iPad!

The Acronym Server: find and submit acronyms and meanings The origins of acronyms are a little unclear, but their widespread use in daily life is a relatively modern phenomenon and the result of growing literacy in the 19th and 20th centuries. In more restricted circumstances, however, they have been in use for thousands of years (both the Roman and Hebrew cultures used them). There is a shortage of good articles on the web about the history and development of acronyms: the best is probably at Wikipedia.

untitled MY FIRST TRIP TO GERMANY was courtesy of my law school, which gave me the opportunity to apply for a summer job in Hamburg. My undergraduate degrees were in Music and German, and I’d always thought I’d get a job singing in Germany. But I was in law school, so I took the law job. As it turns out, reading Schiller’s plays and singing Goethe’s poems doesn’t actually make you fluent in contemporary German. Here are a few of the useful words and phrases I didn’t learn in college.