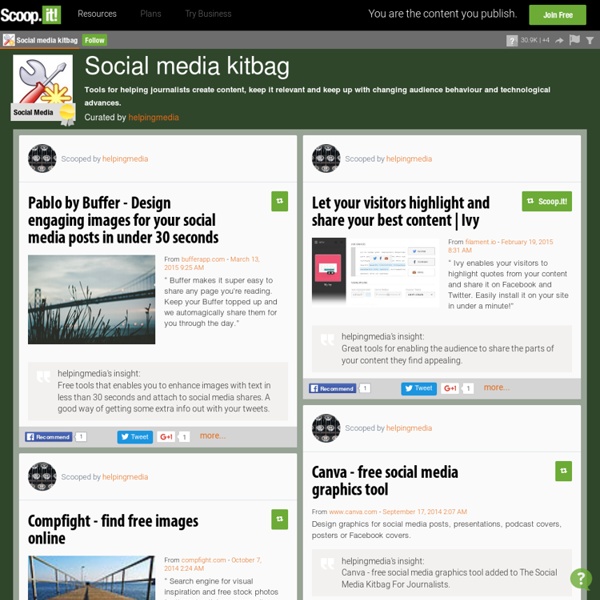 The State and Future of the Social Media Management System Space This post originally appeared on guest author Jeremiah Owyang's blog. Social Media Management Systems, like CMS systems for websites, help companies manage, maintain, and measure thousands of social media accounts. Although the nascent SMMS space is only one year old, 58% of corporations have adopted at least one of these 28 vendors. Altimeter is conducting a formal research report on the SMMS topic (see research agenda for 2011), However, I wanted to give a year-end state, after coining this category 12 months ago and listing out vendors. SMMS systems are the next growth market for the social business category. Buyers and investors should focus on vendors that understand business, not just technology, offer services and reliable SLA, and deep integration with other social systems. Market Saturation and Average Deal Size of the Social Media Management Systems (SMMS) by Corporate Buyers in 2010-2011 Year One in Review: New Entrants, Acquisitions, and Growing Deal Sizes SMMS By the Numbers:

Social media checklist for international journalists Social media checklist for international journalists Details Last Updated on Thursday, 14 June 2012 11:46 Published on Wednesday, 23 March 2011 00:00 Written by David Brewer Using social media to plan a trip With social media there's no excuse for arriving in a country unprepared. Easy access to free tools means that any journalist, travelling for news gathering or to deliver training, can be up-to-date with the latest information they need in order to operate efficiently. By following the seven points listed below a journalist will have: the latest news about the country they are visitingmake contact with some of the key news makershave their finger on the local news pulse. Aim to have a unique take on the local and regional situation via your own social media research 1: Research using social media Use Twitter to follow real-time information using key words about the country you are visiting 2: Curate your own respository of essential information 3: Monitor the social media noise

Social Networking’s New Global Footprint Two-thirds of the world's Internet population visit social networking or blogging sites, accounting for almost 10% of all internet time, according to a new Nielsen report "Global Faces and Networked Places." If data captured from December 2007 through December 2008 is any indication, that percentage is likely to grow as time spent on social network and blogging sites is growing more than three times the rate of overall Internet growth. "Social networking has become a fundamental part of the global online experience," commented John Burbank, CEO of Nielsen Online. More Time For Community Time spent on social network sites is also expanding: Across the globe in 2008 activity in 'Member Communities' accounted for one in every 15 online minutes - now it accounts for one in every 11. Not Just For The Young While social networks started out among the younger audience, they've become more mainstream with the passage of time. Mobile On The Move

Should journalists always link to primary sources? A writer for The Guardian argues that journalistic errors can be avoided by always linking to primary sources. Last week, The Telegraph ran the headline, “Wind farms blamed for stranding of whales.” According to The Guardian , the open-access academic paper that the article referred to—and didn’t link to—covered sonar and didn’t mention wind farms at all. “If we had a culture of linking to primary sources [such as interview transcripts, press releases or journal articles] if they were a click away, then any sensible journalist would be too embarrassed to see this article go online,” said author Ben Goldacre. Do you link to primary sources in your articles? Why or why not? Do you think this practice helps prevent errors in journalism? Photo by Marc Falardeau , Creative Commons Attribution License

Study: LinkedIn top social media site for journalists When 92 percent of journalists have a LinkedIn account, there has to be a good reason. There is, and business leaders, representatives and PR pros should pay attention. A new survey from Arketi Group found that the percent of journalists on LinkedIn has increased from 85 percent in 2009. Why? LinkedIn provides an easy way for reporters to connect with sources. "It comes as no surprise more BtoB journalists are participating in social media sites, especially LinkedIn," Mike Neumeier, principal of Arketi Group, says, "LinkedIn provides an online outlet for them to connect with industry sources, find story leads and build their professional networks." While more journalists are on LinkedIn than any other social network, they have increased their presence on other networks, too. What do all of these numbers mean for you?

How to: Evaluate and Compare Social Media Tools | oneforty What is wrong with this question? I am evaluating Meltwater, HubSpot and CoTweet. Which one should I choose? The question makes the incorrect assumption that the three options are comparable. Meltwater Buzz, HubSpot and CoTweet are not competitors but complimentary tools. I hear similar questions from community managers, marketers and product managers. There are hundreds of social media tools out there vying for your attention, but few do a great job of defining what they actually do and do not do. Let’s group the tools by function, or “what they do”. Social Medial Monitoring (SMM) tools, often called listening platforms, are where most social media strategies begin – monitoring and tracking mentions of your brand, products, competitors and industry issues. In general, SMM tools rarely compete with tools in other categories, but there are some SMM tools that over lap with the 2nd category of tools, Social Media Engagement (SME) tools.

What is Graphic Journalism? A new crop of comics artists are merging their craft with the journalistic process to create stunning works of reportage that depict everything from war torn countries to wineries. They work in ink, watercolors, and Wacom, telling stories that might not make the front page, but offer a level of nuance and meditative depth often reserved for the best investigative reporting. They are “graphic journalists,” and their work is a little-known facet of the infographic revolution that is sweeping the journalism world. In two weeks, I’ll be at the National Conference for Media Reform in Boston, presenting on the role that comics play in the future of journalism as part of a panel I’m co-organizing with Sarah Jaffe. Since HU is dedicated to comics analysis and scholarship, I’d like to give you all a sneak peak at the ideas we’ll be grappling with. What is it? Here’s a short overview of the different forms that comics journalism can take. What’s next?

LinkedIn for journalists: 5 reasons to shoot for 500+ connections This post is part 2 in a series, Social Media for Journalists. There’s one thing I expect to see on every journalist’s LinkedIn page: Journalism is one of the few professions where hitting LinkedIn’s 500+ connection threshold should be part of the job description. That’s because, as with professionals in a handful of other fields (h.r., real estate sales), journalists live or die by the breadth of their network. This doesn’t mean that a journalist with fewer than 500 connections should stay off of LinkedIn: a journalist without a LinkedIn profile is an even more anachronistic creature. Finding experts: If you have a decent-sized LinkedIn network, you can use it to quickly find and contact experts in just about any field. Normally, I advise people to follow LinkedIn’s recommended practice of connecting only to people you know well, because unless you know people well enough to ask for an introduction to a 3rd degree connection, it’s not helpful to have them affect your search results.

5 New Twitter Tools Worth Exploring Are you looking for new apps to enhance your Twitter experience? Twitter has turned into a major real-time news source and is no longer a procrastination tool. In order for us to filter and manage the ever-dynamic Twitter, a number of new apps have emerged. This article will cover five new tools to help make it easier for you to reach your social media goals and help you keep up with the “latest” on Twitter. #1: Get rid of the noise Facebook lets you hide annoying posts, so why not Twitter? It turns out there’s an app called Proxlet that does this and more. You can block spammy apps, temporarily mute loud users, filter out annoying hashtags, and breathe a little easier. Erase annoying tweets from your timeline. #2: Deepen your relationships Nurph gives you Twitter chat rooms, so you can stop fighting the 140-character limit and get a room! Simply tweet a link to bring your friends and followers together for a real-time chat without taking over your followers’ timelines with long conversations.

Live from #SABEW11: 3 ways social media is changing journalism A Pulitzer prize for investigative tweeting may not be that far-fetched, said Southern Methodist University journalism professor Jake Batsell, at the 2011 Society of American Business Editors and Writers conference in Dallas. Consider the work being done by NPR’s Andy Carvin, who spends hours every day posting curated news about the Middle East on his Twitter feed. An assessment by the Nieman Journalism lab said that “Carvin’s work cultivating sources and sharing their updates has turned curation into an art form, and it’s provided a hint of what news can look like in an increasingly networked media environment.” Here are some key ways that social media is changing the news, according to the panel: Social media makes news sources less competitive with each other Social media has created communities of journalists; it is common practice, for instance, for journalists on Twitter to retweet their competition. Social media can display the evolution of a news story

Big media, not popular bloggers, dominate the conversation on Twitter Who determines the big topics of conversation on social media such as Twitter? It’s isn’t the loudest bloggers with large followings of virtual fans. Rather, mainstream media tends to play the biggest role in the top “trending” topics on Twitter, or those that appear in the top ten search terms on the service at any given point in time, according to a study by Hewlett-Packard’s research labs. “You might expect the most prolific tweeters or those with most followers would be most responsible for creating such trends,” says Bernardo Huberman, HP Senior Fellow and director of HP Labs’ Social Computing Research Group. That turns out not to be the case, Huberman and three other researchers found. The main determinant of a fast-growing topic on Twitter is the specific subject at hand, not who tweets it or how often. The HP team drew data from Twitter’s own search applications programming interface (API) over of 40 days in the fall. Very few topics stay much more than 40 minutes at the top.

You don't need to learn about journalism to be a journalist Agreeing with Kelvin MacKenzie makes me angry. I wince as I type these words. But here it is: he's right about something. I don't agree with MacKenzie about a lot of things, or really anything most of the time. I speak as someone who not only did one of those much-derided media studies degrees at one of those unloved former polytechnics, but also managed to sneak into a career in journalism without doing the required training. I can't do 100 words a minute shorthand, have never sat through a council meeting or done a death knock, and have never written anything, ever, about Oxdown school. If you're going to be doing court cases, it makes sense to get some practice in and know what you're doing, read the law books and all that; if you're going to be interviewing footballers for a living, it's a waste of everyone's time. Don't get me wrong, many of my best friends are journos and all of that. Yet that's apparently enough to see you through a 30- or 40-year career, if you're lucky.