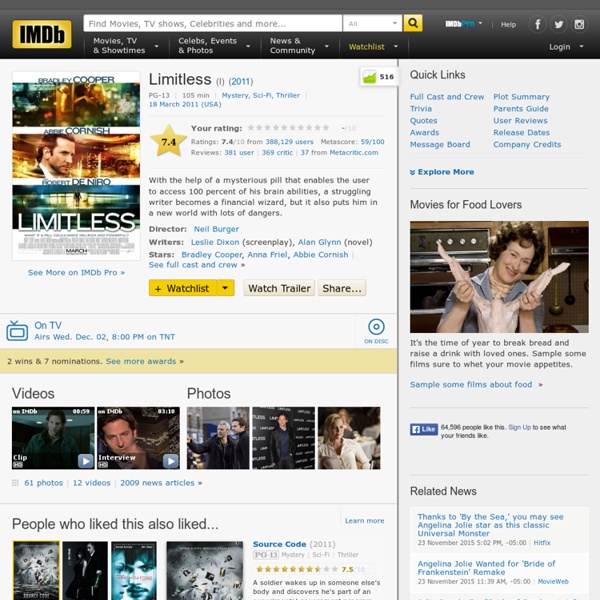 The Tree of Life (2011 Le nombre 23 (2007) Tribeca Film Festival Announces Film Selections for Spotlight and Cinemania Sections and Special Screenings « the diary of a film awards fanatic The 10th edition of the Festival will take place from April 20 to May 1 in lower Manhattan. “This year’s Spotlight is a mixture of carefully selected festival favorites from around the globe, highly anticipated releases, a number of new works by high profile filmmakers and films with subjects of special note,” said Genna Terranova, Senior Programmer. “And in Cinemania we really kick it up a notch with boundary-pushing genre films packed with action, sexy thrills, and an extra helping of blood and guts for good measure.” The Assault (L’assaut), directed by Julien Leclerq, written by Simon Moutairou and Julien Leclerq. (France) – International Premiere, Narrative.

Las Vegas 21 (2008 Tropic Thunder (2008 La recrue (2003 Video: Magnolia Sucker Punch Review: Don't Drink the Kool-Aid - TIME Sucker punch: In theaters where this movie is playing, it’s a beverage sold at the concession stand. Critics have descended upon the new film from director Zack Snyder (300, Watchmen, Legend of the Guardians: The Owls of Ga’Hoole) like vultures on roadkill. They excoriate it for being a PG-13 version of fanboy porn: for creating a world of teen hotties in bordello bondage fighting dragons and Nazi zombies and then not delivering the lurid goods. “You’ve heard of films wanting their cake and eating it too?” So naturally, before I’ve even seen Sucker Punch, I’m interested. A quarter-century ago, at Pasadena’s Art Center College of Design, Snyder numbered among his classmates Michael Bay (Transformers) and Tarsem Singh (The Fall); his own movies, usually shot on bare stages with long takes, bodies twirling in slo-mo and lots of green-screen work, might be located at the midpoint between Bay’s pummeling soullessness and Singh’s epic surrealism. (See the top 10 movies of 2010.)

Girls on Film: Faux Feminism in 'Sucker Punch Welcome to Girls on Film -- a Monday-night Cinematical column full of female-centric musing, rants, love and aggravation. Empowerment is the act of giving power and authority -- the right to control, command and determine. In the realm of women's issues, empowerment is the persuasive force reminding women of their strength and potential. Empowered women exercise authority, and when they face a troubling, misogynistic world, empowered women fight back. The women of Zack Snyder's 'Sucker Punch' are not empowered. Though they are given vicious snarls, swords and guns, the leading ladies of Snyder's latest are nothing more than cinematic figures of enslavement given only the most minimal fight. 'Sucker Punch' is the story of a twenty-year-old girl named Baby Doll (Emily Browning). Soon, however, the asylum melts away into an alternate world -- a fantastical PG-13 brothel. Luckily for Baby Doll, she is some sort of Salome pro. On paper, it seems like a potentially empowering story.

Babel (film) Babel is a 2006 international drama film directed by Alejandro González Iñárritu and written by Guillermo Arriaga, starring an ensemble cast. The multi-narrative drama completes Iñárritu's Death Trilogy, following Amores perros and 21 Grams.[1] The film portrays multiple stories taking place in Morocco, Japan, and Mexico/U.S.A. It was an international co-production among companies based in France, Mexico, and the U.S. The film was first screened at the 2006 Cannes Film Festival, and was later shown at the Toronto International Film Festival.[2] It opened in selected cities in the United States on 27 October 2006, and went into wide release on 10 November 2006. Babel focuses on four interrelated sets of situations and characters, and many events are revealed out of sequence. Glimpses of television news programs reveal that the US government holds the shooting to be a terrorist act and is pressuring the Moroccan government to apprehend the culprits. Morocco United States/Mexico Japan