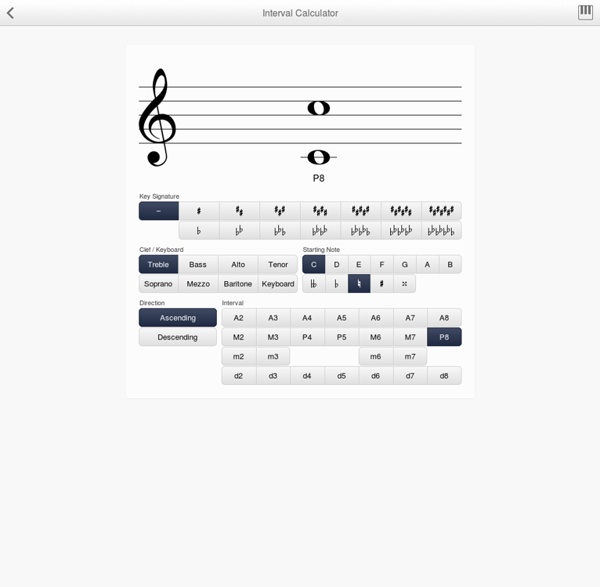 How to Write a Song (with 3 Sample Songs) Three Methods:Sample SongsListen to the MastersLearn the CraftCommunity Q&A From before King David, to the Reformation, to the colonization of the Americas, and into present times, music has been a big part of civilization. The process of creating music has evolved over time—we've developed more words, fine tuned melody, and stacks of Marshall amps that go to 11—but the urge to express ourselves in song remains as strong as ever. This article will show you how to do it. Ad Steps Method 1 Listen to the Masters <img alt="Image titled Write a Song Step 1" src=" width="728" height="546" class="whcdn">1Work out the melody, if music is what starts to happen in your mind. <img alt="Image titled Write a Song Step 2" src=" width="728" height="546" class="whcdn">3Work out the structure. Video

Untitled Document Mathematics, astronomy, geometry, geography, art, music and religion were all integrated in ancient times. Numerous surviving examples suggest that ancient Egyptian art was based on a strict canon that was followed for over 3,000 years. According to Plato, this was also true of ancient Egyptian music. Tone is based on the frequency of sound waves. The next higher octave may be calculated by doubling the frequency of each note and the next lower octave may be calculated by halving the frequency of each note. A string tuned to a base frequency of 440 waves per second (440 Hz) will also produce higher tones known as partials or harmonics. When the same note is played by two different instruments at the same time, the frequency of both notes is the same, so every wave of both notes aligns, resulting in optimal consonance. What Pythagoras described as perfect fifths and perfect fourths are notes with low integer ratios in relation to the base note, also resulting in consonant sound.

Why the circle of fourths is so important when learning major scales | Hear and Play Music Learning Center Playing your major scales should be a part of your daily practice regimen. However, practicing them in a “circle of fourths” or “circle of fifths” pattern is even better. Let’s focus more on circle of fourths. If you type “circle of fourths” or “circle of fifths” in google, you can actually find a host of other examples. Notice that the keys go from: C >>> F >>> Bb >>> Eb and so forth. If this were a clock, C would be at 12 o’ clock. This is the optimal way to play your scales. Then play your F major scale all the way through (F G A Bb C D E F). Why the circle? Because music also happens to move in this same pattern (way beyond the scope of this article but I’ll touch on it a little bit). But here’s another reason to use the circle. Because it lets you know how related the major keys are to each other. If one just looked at a piano, they’d assume that C and Db, for example, were related because of how close they appear to each other on the piano. The reality is that C and F are more related.

Jazz Chord Progressions : Sixteen "blowing changes" with video instructions *Erratum : The keys on the website are C, Db, D, Eb, E, F and Gb. Things you should really really really understand before using the progressions (I'm repeating myself from the audio file here) : Jazz Chord Progressions - Part 1 This video covers Progressions #1 through #4 of the PDF above. Please read : this Q&A with a visitor asking about what chords I'm playing (extensions, inversions, etc.) Progression #1 appears in these tunes : I Got Rhythm (Gershwin) and most of "rhyhtm changes tunes", two beats a chord, and in some variations. Progression #1 also appears in the for of VI-II-V-I (same chords, different starting place) in these tunes : All the Things You Are, Fly me to the Moon and I Hear a Rhapsody. Progression #2 can be heard on numerous tunes, sometimes with variations in chord qualities (the III dominant 7th is common) and in chord durations : Confirmation, There'll Never Be Another You, Bluesette, Blues for Alice and other "bird blues" type of tunes. Jazz Chord Progressions - Part 2

Online Ear Training with Intervals, Melodies, and Jazz Chord Progressions | IWasDoingAllRight Play Mode controls what happens when you click play. Auto-mode, puts the player on a loop, delaying each loop for as long as desired. Check this box to immediately show the first note of the sequence as it plays. In Rhythm Section mode, the "first note" displayed is the key without the progression/chord type. Check this box to delay the complete results of what was just played. Set the key center to the key center of your instrument so you can play along. Use this dropdown to specify a cadence to play before each exercise. Check this box to activate Interval exercises. The ear training tool will randomly generate intervals based upon your selected intervals. Ascending plays the lowest note first. Melodic sequences play each note separately, one after another. If you specify a root note, it will be the lower note of each interval. Select this box to add the compound interval for each selected simple interval. Check this box to activate Chord exercises. Yes, just like that! Failed to load.

Pythagorean tuning The syntonic tuning continuum, showing Pythagorean tuning at 702 cents.[1] Diatonic scale on C Play 12-tone equal tempered and Play just intonation. Pythagorean (tonic) major chord on C Play (compare Play equal tempered and Play just). Comparison of equal-tempered (black) and Pythagorean (green) intervals showing the relationship between frequency ratio and the intervals' values, in cents. The system had been mainly attributed to Pythagoras (sixth century BC) by modern authors of music theory, while Ptolemy, and later Boethius, ascribed the division of the tetrachord by only two intervals, called "semitonium", "tonus", "tonus" in Latin (256:243 x 9:8 x 9:8), to Eratosthenes. Method[edit] Pythagorean tuning is based on a stack of intervals called perfect fifths, each tuned in the ratio 3:2, the next simplest ratio after 2:1. This succession of eleven 3:2 intervals spans across a wide range of frequency (on a piano keyboard, it encompasses 77 keys). Size of intervals[edit] (e.g. between E♭ and E)

Jazz Chord Changes, Sequences and Progressions Chord Progressions I Got Rhythm 12 Bar Blues Passing Chords Basic Chords Before we look at more complex jazz chords, we should have a look at on of the most basic chord types, which is a triad, so-called as it has only 3 notes: the root, 3rd and 5th notes of the scale. ex 1a: C major (triad) This example shows the chord three ways In its most basic form, three notes stacked up from the root: C, E & GAs an inversion, ie in a different order. Important: for the purposes of counting how many notes in a chord, we do not count different octaves of a note as different notes. Beyond Triads: Adding a Fourth Note Triads are very common in many forms of classical music, folk, rock and pop but in jazz they are not often used, instead at least one other note is added, usually the 7th note of the scale (but sometimes the 6th), see below in example 1b. Why 6ths? A 6th is an alternative to the major 7th on chords I and IV. The 6th is the melody noteThe root is the melody note Diminished 7 chord N.B.

10 Best: Analogue Synths In today’s world it’s becoming increasingly difficult to identify a true analogue synthesizer and even more so to choose the one that caters for your individual needs. Analogue modeling, true analogue signal path and DSP are just some of the confusing terms that the manufacturers throw about, so in this article our resident caped-crusader dissects the attributes of our ten most popular analogue synthesizers, helping you to decide which knobs you should be twiddling. Dave Smith Instruments Prophet ’08 PE Keyboard Synthesizer The original Prophet 5 was a polyphonic synthesizer manufactured by Sequential Circuits (which was sold to Yamaha in 1987, who then flogged it to Korg). Dave Smith Instruments Mopho Keyboard Analog Synthesizer You could argue that this is the ancestor of the Sequential Circuits Pro One (the filter is the descendant of the CEM3320 chip), or the little brother of the Prophet 08 (the oscillator chip is the same as the 08). Analogue Solutions Telemark Synthesizer

I analyzed the chords of 1300 popular songs for patterns. This is what I found. | Blog – Hooktheory For many people, listening to music elicits such an emotional response that the idea of dredging it for statistics and structure can seem odd or even misguided. But knowing these patterns can give one a deeper more fundamental sense for how music works; for me this makes listening to music a lot more interesting. Of course, if you play an instrument or want to write songs, being aware of these things is obviously of great practical importance. In this article, we’ll look at the statistics gathered from 1300 choruses, verses, etc. of popular songs to discover the answer to a few basic questions. First we’ll look at the relative popularity of different chords based on the frequency that they appear in the chord progressions of popular music. Then we’ll begin to look at the relationship that different chords have with one another. The Database To make quantitative statements about music you need to have data; lots of it. Let’s get started. 1. 2. Don’t those chords look familiar? 3.