Change in the “All White World of Children’s Literature” 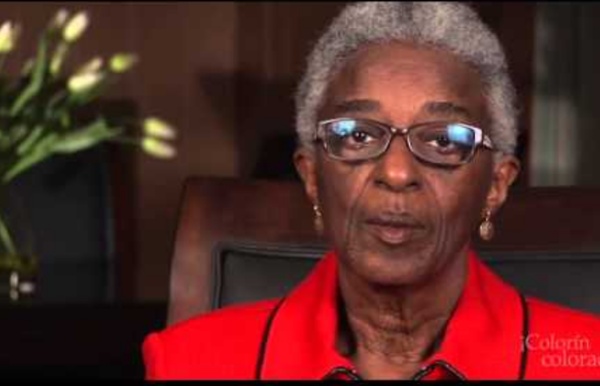 Why Teach Multicultural Literature? iStockphoto.com I have taught literature at the college level for almost a decade and at as many as six different campuses. These have mainly been classes that were focused on non-western writing. One semester, I had assigned Nigerian novelist Chimamanda Ngozi Adichie’s Purple Hibiscus and only a week earlier her TED talk, Danger of a Single Story had started to circulate on the web. I sent the link to my students and thought we could incorporate it into our discussion on colonialism, multiculturalism, issues of race and of course, the novel itself. Little did I know that this simple talk would elicit the intensely disproportionate response that landed in my inbox the next morning.

Diversity/Multi Cultural with Language-Literacy Updated January 2013 Some languages have more than one word for what English speakers think of as a single entity. Since ice is so important in their lives, the Inuit people reportedly differentiate among the various kinds, from slush ice to black ice. Have children choose something important to them – stickers, ice cream or ??? Multicultural Fiction for Teenagers The Absolutely True Diary of a Part-Time Indian by Sherman Alexie. 2007Budding cartoonist Junior leaves his troubled school on the Spokane Indian Reservation to attend an all-white farm town school where the only other Indian is the school mascot. American Born Chinese by Gene Luen Yang. 2006Alternates three interrelated stories about the problems of young Chinese Americans trying to participate in the popular culture. Presented in comic book format.

CCBC Booklists Compiled by Megan Schliesman, Kathleen T. Horning and Merri V. Lindgren At the CCBC, we define "multicultural" literature as books by and about people of color and First/Native Nations individuals: African and African Americans, American Indians, Asian/Pacifics and Asian Pacific Americans, and Latinos. This listing introduces 30 essential books and a range of authors for teens.

Strategies To Support Multicultural Instruction Essential for developing multicultural/diverse perspective learnings is a positive and trusting classroom environment - one in which all students are made to feel welcome, comfortable, and respected. Listed below are several strategies that are particularly useful in promoting multicultural/diverse perspective learnings in such a classroom. Questioning Styles Questioning techniques that personally involve students will allow them to respond in a way that reflects their cultural diversity and that will expose their fellow students to those differences (Evans, 1991). Role-Playing Role-playing is a versatile activity that allows students to express their opinions in a realistic situation.

Forcing Kids To Stick To Gender Roles Can Actually Be Harmful To Their Health Raising children in societies that adhere to rigid gender roles, with fixed ideas about what should be considered “masculine” and “feminine,” can actually be detrimental to their physical and mental health, according to a study that observed 14-year-olds’ interactions over a three month period. “Usually we think of gender as natural and biological, but it’s not… We actually construct it in ways that have problematic and largely unacknowledged health risks,” lead researcher Maria do Mar Pereira, the deputy director for the University of Warwick’s Centre for the Study of Women and Gender, explained in an interview with ThinkProgress. Pereira drew her conclusions after being embedded in a class of teenagers in Lisbon, Portugal. Pereira observed both boys and girls regulating their behavior in potentially harmful ways in order to adhere to gender norms. “All of the girls were within very healthy weights, but they were all restricting their intake of food in some way.

Multicultural Education in Your Classroom America has always been referred to as a melting pot, but ideally, it's a place where we strive to invite everyone to celebrate exactly who they are. As the US population is becoming increasingly diverse and technology makes the world feel increasingly smaller, it is time to make every classroom a multicultural classroom. What is Multicultural Education? Multicultural education is more than celebrating Cinco de Mayo with tacos and piñatas or reading the latest biography of Martin Luther King Jr. It is an educational movement built on basic American values such as freedom, justice, opportunity, and equality. It is a set of strategies aimed to address the diverse challenges experienced by rapidly changing U.S. demographics.

ERIC - Multicultural Literature and Young Adolescents: A Kaleidoscope of Opportunity, Journal of Adolescent & Adult Literacy, 2006-May Adolescents seek to understand who they are and where they belong in the world. Quality young adult literature can familiarize them with a broader view of the world, open doors in their minds, and reveal similarities and differences among a multitude of others who have struggled with similar issues. Literature that provides a range of perspectives can broaden young adolescents' vision of self and the world, providing an avenue for reflection and a means for personal development. The 5 Biases Pushing Women Out of STEM By now, we’ve all heard about the low numbers of American women in science, technology, engineering, and math (STEM). Some argue it’s a pipeline issue – that if we can interest more young girls in STEM subjects, the issue will resolve itself over time. But that’s not convincing.

ACT for Youth - Adolescence - Ethnic and Racial Identity Development Identity development, the growth of a strong and stable sense of self across a range of identity dimensions, is central to adolescent development [1]. While we have many types of identities (religious, cultural, and national, to name a few), ethnic and racial identities are an important part of how we see ourselves and how others see us. Ethnic and racial identities, of course, are not adopted solely by minority populations.