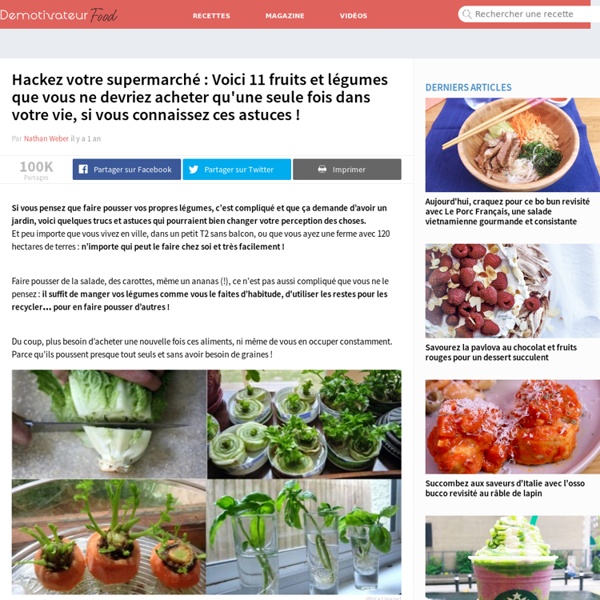 Open Building Institute: Eco-Building Toolkit by Marcin Jakubowski News on 7/12: We have just added the aquaponic greenhouse build for you at other locations as a reward. See the largest rewards, and if you want to participate in our November build, see intro video below -> We’re developing an open source eco-building toolkit to make the construction of ecological housing easier, cheaper, faster—and put it within the reach of everyone. The OBI toolkit is entirely open source—free to use and modify—and will enable anyone to:

We’ve Consumed More Than the Earth Can Produce This Year It may feel like Christmas comes earlier each year, but there’s a less joyful day that really is moving closer on the calendar. Earth Overshoot Day is the day when—according to estimates—the total combined consumption of all human activity on Earth in a year overtakes the planet’s ability to generate those resources for that year. "It’s quite simple,” says Dr. Mathis Wackernagel of the think tank Global Footprint Network. “We look at all the resource demands of humanity that compete for space, like food, fiber, timber, et cetera, then we look at how much area is needed to provide those services and how much productive surface is available. Here’s his bottom line metaphor.

The Incredible Way Your Brain 'Sees' a Logo (Infographic) There's a lot more going on in your brain than meets the eye when you spot McDonald's golden arches or Nike's signature swoosh. In 400 milliseconds, a logo can trigger emotional responses and even behavioral change. Neuroscience tells us that logos -- and the brands behind them -- can activate parts of your brain in a much deeper manner than you may think. In fact, well-liked brands trigger responses in the same areas of the brain that process human relationships.

New Study Shows Plants Talk to Each Other Through the Soil Image via Shutterstock A new study conducted by Dr. David Johnson at the University of Aberdeen found that plants actually communicate with one another through the soil. The study shows that when vegetables are infected with certain diseases, they alert other nearby plants to activate genes to ward off the disease when it heads their way. OSE Financial Transparency The Annual Budget Report is a summary of the actual spending and revenue of OSE, verified with bank account statements. Use the template below as an example. 990 Extension Form - Form 8868 2015 Overhead Expenses

Zoologger: The giant sea spider that sucks life out of its prey All legs and no body (Image: Norbert Wu/Minden Pictures/FLPA) Species: The Southern Ocean giant sea spider (Colossendeis megalonyx)Habitat: The ocean floor around Antarctica, South America, Africa and Madagascar The Southern Ocean giant sea spider is the stuff of nightmares – its leg span of 25 centimetres more or less equals that of the world’s largest land spiders like the Goliath Bird-Eating tarantula of South America. But there are two reasons why arachnophobes shouldn’t fear this beast: it lives at the bottom of the ocean around Antarctica and it’s not actually a spider. Sea spiders belong to a group of arthropods called the pycnogonids, which are found scuttling along the bottom of many of the world’s oceans and seas. Most are relatively small – it’s only around the poles that sea spiders grow large, which is a trait they share with many marine species.

Applications of 3D Printing in Construction 3D printing is now being widely used to print small plastic, 3-dimensional objects from digital files. A large number of useful household objects can already be printed, but extending the scope of 3D printing to larger objects and different materials can have a significant impact on local production of building materials, including the shells of houses themselves. For the case of the Seed Eco-Home, we are particularly interested in 3D printing of multiwall, polycarbonate glazing for the Aquaponic Greenhouse, plumbing parts, and even fence posts - all of which can be printed from commonly-available, recycled plastic. This provides new opportunities to close material cycles using local manufacturing.

29 Drawings Will Make You Question Everything Wrong In The World Pawel Kuczynski, a Polish artist has worked in satirical illustration specialising in thought-provoking images that make his audience question their everyday lives. His subjects deal with everything from poverty to social media and politics. All of them have a very distinct message if you look closely enough… Click here to see more artwork by Pawel Kuczynski Check out his website here Check out Pawel Kuczynski’s Website