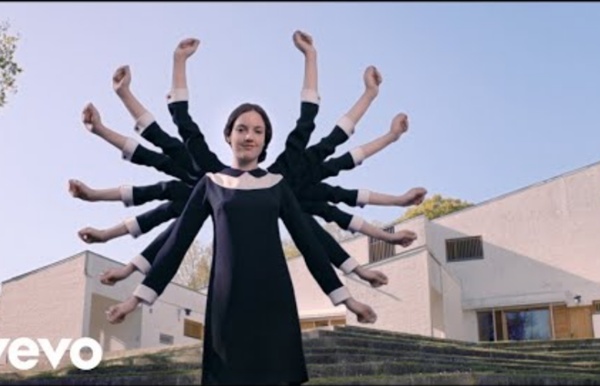 The Best of British - British Slang Ace - If something is ace it is awesome. I used to hear it a lot in Liverpool. Kids thought all cool stuff was ace, or brill. GORILLA VS. BEAR’S SONGS OF 2015 Following last week’s Albums of 2015 list, here are our favorite songs of the year: we went deeper than ever this time out, and while 111 tracks might seem like a lot to love in any given 12 month span, I feel like the list is a pretty accurate representation of just how unreal 2015 has been for new music. Featuring multiple entries from Grimes, Jamie xx, Young Thug, Kendrick Lamar, Chromatics, Erykah Badu, Beach House, TOPS, and Cindy Lee, and spanning from underground Russian dance music and soaring Norwegian pop to incendiary west coast rap and inspired Texas soul, and just about everywhere in between. Check out the full list below, right after you hit play on that nearly 7-hour-long Spotify playlist: 100 QUILTLAND | Detach 99 2 8 1 4 | 恢复 98 ANA CAPRIX | Perthro 97 MORLY | And Sooner Than We Know It… 96 LAURA CLOCK | Fantasy 95 PLASTIXX | Goodbye 94 FOUR TET | Morning 93 SKYLAR SPENCE | Can’t You See 92 SKEPTA | Shutdown 91 DOMENIQUE DUMONT | L’Esprit de L’Escalier 25 TOPS | Anything

Pizza slices of my life This post was prompted by an exchange with Aleksandra Grabowska on Facebook and is an extension of what I wrote following an English For Action workshop at the Rewrite Creative ESOL day conference last year. Disclaimer: This was an activity presented by EFA’s Dermot Bryers and Cait Crosse. This half-remembered description may not match entirely their version of the activity. Identity pizza Equipment: a blank sheet of paper for each person (at least A4 size); pens and pencils for drawing and colouring. Make sure that each person has a piece of paper and something to draw with.

Le gang des p’tits trous's Songs Search Discover Help Site Info Privacy Terms Ad Opt-Out A part of the People / Entertainment Weekly Network. Search Myspace Start typing... ESL Lounge: Songs for English Teaching. Free song lyrics. using songs in the esl classroom It's great to use songs in the class, if only to do something a little different. But beyond using them solely to give your students some 'light relief', there are many other ways songs can be used in ESL classrooms to consolidate what students have already learnt. Have a song to request? Go to our contact page.

The 107 Best Songs Of 2015 To conquer pop, making friends in public is a proven strategy. Drake—the facilitator of co-signs, the director of movies, the manufacturer of memes—knows this, and Taylor Swift does too. Diplo was not the first person to use alliances to make his own brand stronger, but he’s certainly been loyal to that model for a long time—from his early collaborations with M.I.A., to his rotating-cast reggae project Major Lazer, to Jack Ü, a recent partnership with Skrillex. For their debut album, released as a surprise in February, Diplo and Skrillex recruited a wide range of vocalists (Kiesza, Bunji Garlin) including Justin Bieber, the singer who was then doing time in satisfying R&B purgatory, awaiting his chance to make a big public apology.

VIDEO: Queen Elizabeth II Diamond Jubilee Buckingham Palace Concert – June 4 2012 As part of the Diamond Jubilee, the BBC produced a concert on the forecourt of Buckingham Palace. An amazing event that took close to 4 hours. Here is full video of the event: (Note: At some points in the video the audio goes slightly off sync, this is just minimal) If you don’t want to watch the entire event, below is a short video of the concert finale. Prince Charles pays tribute to the Queen as she stands right next to him on stage. The Queen takes the Jubilee crystal and puts it in a tube, lighting up the National Beacons and a shedload of the most amazing fireworks I have ever seen. Favorite Streets in 12 European Cities ­From the neon lights and sex shops of Boulevard de Clichy to the bucolic cobbled paths of Rue Georges Lardennois, Paris has a street for every mood and mission. You can enjoy a walkable feast amid the fine food shops of Rue de Bretagne, stagger between bars on Rue de Lappe and then rejuvenate with a run on the Promenade Plantée, a disused elevated railway line blooming with gardens. But if you are looking for one street where you will find outfits for every occasion, then head to Rue de Charonne. It is a meandering one-lane thoroughfare of mostly unremarkable 20th-century buildings whose street-level hangouts — cool-kid cafes, homey small bars, vintage stores — and ever-evolving selection of French indie fashion labels draw Paris’s bourgeois bohemians. Footwear from La Botte Gardiane, at No. 25, will help you pound the pavement in style. “I’ve tried to develop the brand and make it more refined and more urban,” said Fanny Agulhon, who designs much of the company’s output.

Konbini's official 2015 soundtrack in 100 tracks 364 days have passed since January 1 2015, providing us with some thousands of hours to fill our ears. With that in mind, it’s no easy task to select the best tracks of the past year; this becomes almost impossible when you have tastes as eclectic as the Konbini team. Instead of claiming to gather a universal top 100, we’ve simply selected the 100 tunes that have accompanied us through the year: ones that we’ve listened to walking, dancing, cooking and for sexy time. It’s a subjective list, not an exhaustive one, and we hope it will inspire. There’s a bit of everything in this soundtrack from unmissable hits to musical offerings from lesser-known groups.

Mobile 1Twenty QuestionsDo you remember car trips as a child playing twenty questions in the back seat? You think of a person or object and your siblings have twenty opportunities to ask yes/no questions to determine what object you are thinking of. This is an easy and short activity for you to do with your ESL class when you have a few minutes to spare. The first time you play, your students will need specific direction as to the types of questions to ask. You should help them understand how to ask strategic questions to identify the object.

Thursday Music News Moby // photo by Christopher Nelson (view set) Need to chill? Moby‘s got you covered with this four hour mix titled Long Ambients 1: Calm. Sleep. Kanye and Beethoven Together at Last for "Yeethoven" Orchestral Concert On April 16, a 70-piece orchestra will (finally) bring the music of Kanye West and Ludwig van Beethoven together. Co-curated by conductor Yuga Cohler and arranger Stephen Feigenbaum, "Yeethoven" is a concert from the Great Music Series (hosted by the Young Musicians Foundation) that will compare and "splice together" six Beethoven works and six Yeezus tracks. The Beethoven pieces include the Egmont Overture, Symphony No. 5 (op. 67), and String Quartet No. 14 (op. 131). The Best Fun Videos For English Language Learners In 2017 – So Far I use short, funny video clips a lot when I’m teaching ELLs, and you can read in detail about how I use them in The Best Popular Movies/TV Shows For ESL/EFL (& How To Use Them). In short, there are many ways to use them that promote speaking, listening, writing and reading (including having students describe – in writing and verbally – a chronological description of what they saw). I’ve also published quite a few “fun videos” lists during the previous ten years of this blog. You can find those in these lists:

13 Songs You Need In Your Life This Week 1. After Beyoncé's mind-blowing Grammys performance, new Bey vocals could not be more welcome. Jay-Z joins her on DJ Khaled's very smooth "Shining." 2. Yes, it's Valentine's Day, and yes, we are listening to new Omarion.