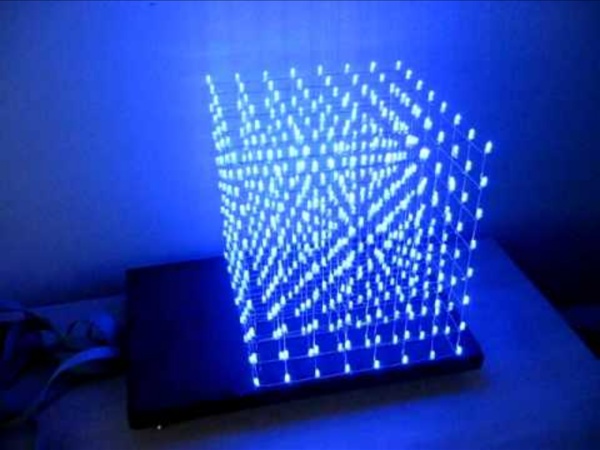 Do It Yourself Doodler So I am many things in this world, but an artist is not one of them. However, David Jablow is just that, and an impressive one no less. His Flickr stream is hands down one of the most impressive I’ve ever seen. Blank This is the basic template used for the entire portfolio. Ninja Barn Angel v Devil Devil 1, Angel 0 Escapee Riveter There can be no distractions while working the high steel. The Dig I think I know how this ends for our favorite doodle. Trapeeze Painter Picasso he ain’t. Getaway Mermaid I would buy this match on pay-per-view. Mud Papoose’s Revenge Just supporting my statement that babies and toddlers are jerks. Brawl Weresquirrel Mr. Cat Burglar Spacegirl ———- Advertisement ———- ———- Advertisement ———- Fire Drop Body Slam Watcha gonna do brother!? Feeding Timewarp Rodeo Little disturbed by the bull. Goodbye Kitty Hobo Writer My writing area has never looked that bad. Bomber Talk Show Tanker Insert female driver joke here. Robot Bigfoot Caught

Zero-point energy Zero-point energy, also called quantum vacuum zero-point energy, is the lowest possible energy that a quantum mechanical physical system may have; it is the energy of its ground state. All quantum mechanical systems undergo fluctuations even in their ground state and have an associated zero-point energy, a consequence of their wave-like nature. The uncertainty principle requires every physical system to have a zero-point energy greater than the minimum of its classical potential well. This results in motion even at absolute zero. For example, liquid helium does not freeze under atmospheric pressure at any temperature because of its zero-point energy. History[edit] In 1900, Max Planck derived the formula for the energy of a single energy radiator, e.g., a vibrating atomic unit:[5] where is Planck's constant, is the frequency, k is Boltzmann's constant, and T is the absolute temperature. According to this expression, an atomic system at absolute zero retains an energy of ½hν. Varieties[edit] .

Torus A torus In geometry, a torus (pl. tori) is a surface of revolution generated by revolving a circle in three-dimensional space about an axis coplanar with the circle. If the axis of revolution does not touch the circle, the surface has a ring shape and is called a ring torus or simply torus if the ring shape is implicit. In topology, a ring torus is homeomorphic to the Cartesian product of two circles: S1 × S1, and the latter is taken to be the definition in that context. The word torus comes from the Latin word meaning cushion.[1] Geometry[edit] A torus is the product of two circles, in this case the red circle is swept around axis defining the pink circle. Ring torus Horn torus Spindle torus Bottom-halves and cross-sections of the three classes A diagram depicting the poloidal (θ) direction, represented by the red arrow, and the toroidal (ζ or φ) direction, represented by the blue arrow. A torus can be defined parametrically by:[2] where r is the radius of the tube. Topology[edit] Flat torus[edit]

Genus-2 surface A genus-2 surface. In mathematics, a genus-2 surface (also known as a double torus or two-holed torus) is a surface formed by the connected sum of two tori. That is to say, from each of two tori the interior of a disk is removed, and the boundaries of the two disks are identified (glued together), forming a double torus. Double torus knots are studied in knot theory. Example[edit] See also[edit] Triple torus References[edit] James R. External links[edit] Weisstein, Eric W., "Double Torus", MathWorld.

Can Technology Reinvent Education? by Robin Willner | 9:25 AM March 18, 2011 Editor’s note: This post is part of a three-week series examining educational innovation and technology, published in partnership with the Advanced Leadership Initiative at Harvard University. In 1994, IBM posed a deceptively simple set of questions to district superintendents and chief state school officers: Is there a long-standing barrier to school improvement that you think can be addressed by emerging technology to accelerate the pace of reform and support student achievement? What have you always wanted to do for students, teachers or parents that might finally be possible? Most education leaders were stumped, in part, because many of the technological advances we take for granted were still to come. But there was more to the challenge. These innovations have all continued to evolve and as technology advances, we see new opportunities for professional development, instruction and the use of data. But there’s more.

IBM Is Building the Largest Data Storage Array Ever, 120 Petabytes Big Researchers at IBM's Almaden, California research lab are building what will be the world's largest data array--a monstrous repository of 200,000 individual hard drives all interlaced. All together, it has a storage capacity of 120 petabytes, or 120 million gigabytes. There are plenty of challenges inherent in building this kind of groundbreaking array, which, says, IBM, is destined to be used for, as Technology Review writes, "an unnamed client that needs a new supercomputer for detailed simulations of real-world phenomena." IBM's also using a new filesystem, designed in-house, that writes individual files to multiple disks so different parts of the file can be read and written to at the same time. This kind of array is bottlenecked pretty severely by the speed of the drives themselves, so IBM has to rely on software improvements like that new recovery and filesystem to up the speed and enable the use of so many different drives at once. [MIT Technology Review via Engadget]

Pomegranate tree-House of Livia Mural History of Tattooing K ings and commoners. Sailors and prisoners. Tribesmen and sweethearts. Evidence from ancient Egypt, Greenland, Siberia, and New Zealand shows how truly global the tattooer's art is — and how old. Once regarded in the West as frightening and repulsive, the tattoo has enjoyed great popularity in our own culture in recent years. {*style:<b>Origin of Tattooing </b>*} Believe it or not, some scientists say that certain marks on the skin of the Iceman, a mummified human body dating from about 3300 B.C., are tattoos. Tattooing was rediscovered by Europeans when exploration brought them into contact with Polynesians and American Indians. In October, 1991, a five thousand year old tattooed man made the headlines of newspapers all over the world when his frozen body was discovered on a mountain between Austria and Italy. Instruments that were probably used for tattooing during the Upper Paleolithic (10,000 BC to 38,000 BC) have been discovered at several archaelogical sits in Europe.