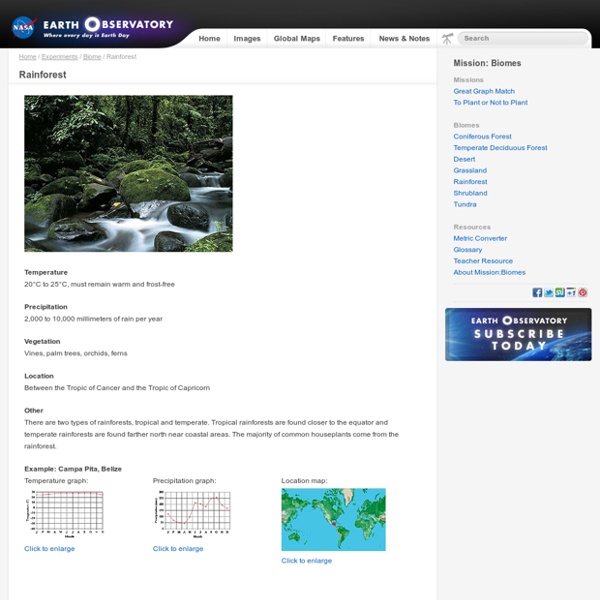 BBC Nature - Rainforest videos, news and facts Rainforest Concern Facts For a downloadable booklet of rainforest facts and other materials for use in the classroom, please go to Resources for Schools Tropical rainforests - where and what are they? Tropical rainforests are found across the world between the Tropic of Capricorn and the Tropic of Cancer, 22.5° North and 22.5° South of the Equator. Almost half of the remaining tropical rainforest is found in tropical America, a bit more than a third in Asia and Oceania, and fifteen percent in Africa. Tropical rainforests cover approximately 8% of the world’s land surface - an area of approximately 1.2 billion hectares - and yet contain over half of the earth’s species of animals and plants. The largest rainforest, the Amazon, is found in South America and spans nine nations (Brazil, Bolivia, Peru, Ecuador, Colombia, Venezuela, Guyana and Suriname, as well as French Guiana), covering a total area of approximately 600 million hectares. The LAYERS OF THE RAINFOREST