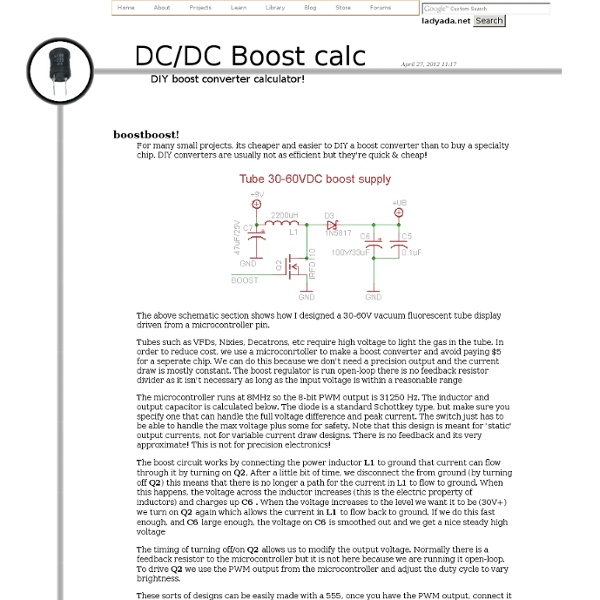 Weller Magnastat Autopsy and Repair » Code and Life Immediately after soldering together my USB password thingy, my solder iron, the family heirloom Weller Magnastat stopped working. Some investigation showed that the base station was providing 24V AC voltage just fine, so I decided to unassemble the handpiece to see if something could be done. Here’s what I found: It turned out my iron was salvageable; read on to learn a bit about the Magnastat and how I was able to repair mine. Magnastat basics The construction of the device is surprisingly simple (see this image): The first (blue) wire from A/C power unit goes straight to the heating element (first red wire with black tube around it). A long tube goes “out” the handle part into the iron tip, and the tip is placed at the head. Note that in my model the tip and the magnastat are one solid piece (magnastat is in the base of the tip), newer models have a separate magnastat and tip, and you can change the target temperature just by changing the magnastat part. Reviving the old Weller

Immaterials: light painting WiFi “The complex technologies the networked city relies upon to produce its effects remain distressingly opaque, even to those exposed to them on a daily basis.” – Adam Greenfield (2009) Immaterials: light painting WiFi film by Timo Arnall, Jørn Knutsen and Einar Sneve Martinussen. This project explores the invisible terrain of WiFi networks in urban spaces by light painting signal strength in long-exposure photographs. A four-metre tall measuring rod with 80 points of light reveals cross-sections through WiFi networks using a photographic technique called light-painting. This builds on a technique that was invented for the 2009 film ‘Immaterials: the Ghost in the Field’ which probed the edges of the invisible fields that surround RFID readers and tags in the world. While we were mapping out tiny RFID fields, we wondered what it would be like to apply the light painting process to larger-scale fields of Bluetooth, WiFi, GSM and 3G. Lots more visualisations and ‘making of’ pictures.

Système canadien de référence spatiale - Calcul inverse géodésique Démonstration en ligne News: CGVD2013 is now available! Natural Resources Canada has released the Canadian Geodetic Vertical Datum of 2013 (CGVD2013), which is now the new reference standard for heights across Canada. This new height reference system is replacing the Canadian Geodetic Vertical Datum of 1928 (CGVD28), which was adopted officially by an Order in Council in 1935. Read more Geodetic reference systems stem from the need to provide a consistent and integrated reference surface for data analysis. This site provides end-users with the geodetic data and tools they need for a range of commercial and private uses. Date modified:

Links Switchers A switching power supply is a device transforming the voltage from one level to another. Typically it is taken from the mains and transformed to the DC levels that logic requires in a PC or a battery loader. The main differences between the linear and switched-mode regulator are in the size, weight and efficiency. Since a switched-mode converter can operate at significantly high frequencies, then a smaller transformer using ferrite cores can be used. Also since the high rectified mains voltage is chopped, then energy storage for hold-up can be accomplished on the primary side of the step-down transformer and so much smaller capacitors than the linear counterpart can be used. Articles and resources

HID iClass demystified - OpenPCD From OpenPCD HID iCLASS On-Air-Protocol for mutual authentication HID Access Control Application read with a standard OMNIKEY 5321 RFID reader - shown both in encrypted and decrypted form As rumors are flying high, we would like to make some clarifications concerning the key vulnerabilities we found. An in-depth description of our security analysis can be found in our white paper Heart of Darkness - exploring the uncharted backwaters of HID iCLASS security. Meet us on recon.cx in Montreal on July 14-16, 2012 Meet Milosch and Brita of the OpenPCD hardware team on recon.cx in Montreal, Canada! Demonstration Software Get the source code for reading and analyzing iCLASS cards and readers (zip and tar.bz2 archive). In a attempt to stop copying HID iCLASS standard security cards, HID global removed ContactlessDemoVC.exe' from the latest drivers and SDK sources. You can find older versions of the CardMan_Synchronous_API_V1_1_1_4.exe driver in various places. Sniffing iCLASS cards Countermeasures

Getting started - OpenPCD From OpenPCD Getting Started You've just bought or built your own OpenPCD device and are eager to get started? For the beginning, it is recommended to first read the Hardware#Familiarizing_yourself_with_OpenPCD_Hardware chapter to get an overview about the OpenPCD hardware. Attaching OpenPCD to the host PC the first time Your OpenPCD unit (if bought from the OpenPCD Webshop) will be flashed with a current version of both the sam7dfu bootloader and the main_dumbreader firmware. The red LED should light up and the green LED should begin to flash as soon as the USB cable is attached. On the host computer (running Linux), using the lsusb program of the usb-utils package, you should see: # lsusb ... To get more information, you can use lsusb -v -d 16c0:076b Bus 002 Device 010: ID 16c0:076b Device Descriptor: USB Debug Cable On some systems, the CONFIG_USB_SERIAL_FTDI_SIO option has to be enabled as a module in the kernel for successful recognition of the USB-Debug-Cable! Installing librfid . # . # . # . # .

Passive RFID Project - OpenPCD From OpenPCD Bootable RFID & NFC Live Hacking system with libnfc and OpenPCD 2 RFID Reader/Writer/Emulator support New OpenPCD 2 design - a 13.56MHz RFID Reader & Writer with NFC protocol and Tag Emulation support Sniffing ISO15693 RFID iCLASS SE transactions on a 13.56MHz carrier using a PicoScope 3204A and an OpenPICC SnifferOnly frontend. Introduction OpenPCD is an open source and open hardware project around Near Field Communication (NFC), RFID reader, writer & emulator hardware for 13,56MHz. The intention of the OpenPCD project is to offer the users full hardware control of the RFID signal and to provide various output signals for screening the communication. Latest News recon.cx in Montreal on June 11-18th, 2012 Meet Milosch and Brita of the OpenPCD hardware team on recon.cx in Montreal, Canada! HID iCLASS demystified In our talk at the 27C3 in Berlin we disclosed our security research on HID iCLASS RFID cards. New Call a Bike RFID System in Berlin Our open RFID hardware projects

Hospital by Robert F. CarrNIKA Technologies, Inc. for VA Office of Construction & Facility Management (CFM)Revised by the WBDG Health Care Subcommittee Last updated: 04-21-2011 Overview "A functional design can promote skill, economy, conveniences, and comforts; a non-functional design can impede activities of all types, detract from quality of care, and raise costs to intolerable levels." ... Hospitals are the most complex of building types. VAMC Bay Pines, FL In addition to the wide range of services that must be accommodated, hospitals must serve and support many different users and stakeholders. The basic form of a hospital is, ideally, based on its functions: bed-related inpatient functions outpatient-related functions diagnostic and treatment functions administrative functions service functions (food, supply) research and teaching functions Physical relationships between these functions determine the configuration of the hospital. Building Attributes Efficiency and Cost-Effectiveness Aesthetics

My Multimonitor Setup: Three Screens For One Computer I’ve used three monitors for about two years now, and I’d never go back. It all started when I bought a new computer with a video card that had two outputs, digital and analog. I used the digital for my new 17″ LCD, but I wondered if I could get an old monitor going on the analog card. So I set my old 20″ CRT to one side, plugged it in and was amazed at how I could expand my desktop. Honestly, if you’ve never used a multi monitor setup in Windows, it really does feel like magic. The only problem with using two monitors I found was that my neck started hurting from looking only ahead or to the right. The alternative, I suppose, would have been to have had two monitors right next to each other in front of me. My bright idea meant purchasing two more 17″ LCD monitors plus another video card, so I’d have three outputs in all. I quickly found I needed two more purchases to make things fly to really do well with a multimonitor setup. The other key element is a good monitor stand.

Techniques in 3-D Building Mapping | 10 Times One The Best Thing To Happen To Old Buildings Since The Flying Buttress. Welcome to the twenny-tens™, the age when simply looking at things is not enough, an era of constantly needing more and more visual stimulae to be impressed. Fortunately there’s this amazing new technology called 3-dimensional building mapping whereby you take, say, a cool 600-year-old astronomical clock and make it super-über-cool by projecting a digitally aligned animation over the top of it. Take a look at the video below entitled, yes, The 600 Years, done by The Macula, a production team out of Prague that specializes in these kind of digital imaginings, and watch the cynics as they run. This particular show is the result of four months of work, projected at a 5000 x 1200 resolution using two hi-def projectors. What is 3-D Projection Mapping? Check out this guy’s blog for the latest in augmented engineering. Here are a couple more examples of recent 3-D building mapping shows. Interactive Projection Mapping