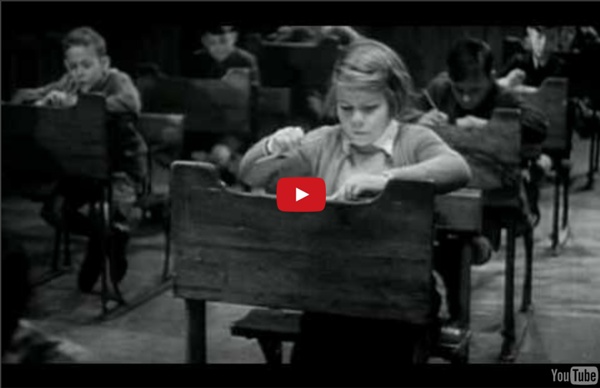 shoeless learning spaces total learning: shoeless learning | superclasses | rooms within rooms | write-on surfaces | toilets | schools-within-schools | sound | learner led | science spaces | phones: how young? | tiered seating | little details | flat screens | rule of 3 |. . . . ©professor stephen heppell Let us start with a clear disclaimer: nobody knows why this works, although there are many hypothesies. It probably started on mass in Scandinavia where many children learn with their shoes off. So many schools are trying it - they confirm a complex mix of significant gains: the children seem simply to behave better; carpets are much cleaner - and more hygenic - this is particularly comforting for parents, but I am involved in a costing study currently (2013) which is suggesting around 20% cleaning and maintenance gains, reduced wear nd tear on the furniture and more. So this adds up to better learning, better bahaviour, less stress for everyone, cheaper maintenance, better engagement... what's not to like?

Sitting straight &#039;bad for backs&#039; Sitting up straight is not the best position for office workers, a study has suggested. Scottish and Canadian researchers used a new form of magnetic resonance imaging (MRI) to show it places an unnecessary strain on your back. They told the Radiological Society of North America that the best position in which to sit at your desk is leaning back, at about 135 degrees. Experts said sitting was known to contribute to lower back pain. Data from the British Chiropractic Association says 32% of the population spends more than 10 hours a day seated. Half do not leave their desks, even to have lunch. Two thirds of people also sit down at home when they get home from work. Spinal angles The research was carried out at Woodend Hospital in Aberdeen. Twenty two volunteers with healthy backs were scanned using a positional MRI machine, which allows patients the freedom to move - so they can sit or stand - during the test. 'Tendency to slide'

Free Online Game Creator By kylemawer This free downloadable game creator let’s you make your very own flash games. If you’ve ever fancied turning your hand to making a simple flash game or perhaps you’re looking for a summer course project to run with learners then Stencyl could be just the program for you. After a quick look I settled on the RPG (role playing game) option. the vocabulary looked a bit richer and there’s potential to exploit a narrative within the game.It also looked quite easy to understand and explain just by looking at the opening shot (see below)Learners could be away from computers and draw, design and discuss the game. The game itself consists of a male or female game character (avatar) who can explore the game world (outdoors, which is pictured above, and indoors) collecting treasure, avoiding obstacles and fighting foes. Your question may be ‘how do I take this and use it on a summer course?’

Stephen's Phone Blog: agile, open, effective Up in the Blue Mountains, west of Sydney, like many parts of the world, a lot of schools are appearing with large agile spaces (I approve) for a lot more than 30 children, and for more than one teacher too. 100 students and three teachers is not uncommon - in this picture there are 120 youngsters in one space, quietly getting on with their learning very effectively. Teachers who haven't tried these super-classes wonder how it will all work - it clearly can work remarkably well, but only if the teachers have clearly defined team roles; for example in a three class space there might be a lead teacher, whilst another might focus on differentiation giving width and breadth to those who need it, and the third might be on remedial-repair duty - catching up those who missed a bit, or misunderstood a bit. A classroom assistant might also be sorting out logistics, checking that everything works and so on. The evidence emerging from these schools is compelling when it is done well.

Teaching Skills: What 21st Century Educators Need To Learn To Survive What are the traits that would make for the ideal 21st teacher? What does an educational professional need to be or do to tune in and synchronize with the new realities silently emerging inside schools and educational environments? Photo credit: Lisa F. The profound, deep shifts we are starting to witness across all of the established educational institutions, pivot around four key components: 1) Learners driving. These new "teachers" think, act and perform their multiple roles of guides, facilitators and learning advisers with a spirit and attitude that is radically different from the one that is typical of the traditional, classic educator. Andrew Churches challenges the status quo and paints a detailed profile of what this new breed of professors is going to look like. Eight Habits of Highly Effective 21st Century Teachers By Andrew Churches What are the characteristics we would expect to see in a successful 21st century educator? 1. 2. 3. Educators too, must be collaborators: 4. 5. 6. 7.

rooms within rooms the simple Rule of Three at Learn3K that helps define third millennium learning spaces includes the suggestion that in many cases three walls are enough in practice this doesn't only apply to commons areas, breakout spaces, places for focus and so on, it has also characterises the many agile little spaces-within-spaces that have proved so popular with children and teachers alike - they offer a space for mutuality, for an intimacy of collaboration, for serious study and focussed conversations, for peace & quiet sometimes, for focus and of course, with always one side open and an eye line in, for safety too this page explores some variations of those little rooms within rooms, spaces-within-spaces - and offers a few ideas for those of you just dipping a toe into agile, seductive, effective, engaging mew millennium learning space design, or more ambitiously coming to grips with the reflective and effective toolkit that is Total Learning

The furniture debate Sean McDougall argues that sitting comfortably really can make the difference to the way we learn in schools. Sometimes the most amazing thoughts strike in the strangest of places. Archimedes had his Eureka moment in the bath. Newton had his sitting under an apple tree. Think about it. The early Victorians, who invented our approach to schools, didn’t have petroleum based plastic, extruded metals, injection mouldings and production lines. There is no animal on Earth that chooses to sit with a straight back, a right-angled bend at the hips and a right-angled bend at the knee. Desks show similar levels of forethought. Try reading anything that is sitting on a horizontal surface. Today, our children sit on seats designed for short-term use and optimised around the needs of the buyer. However, when it is put into schools, its many attributes become massive failings. How sad that financial cost rather than educational value should carry the day. There are alternatives.

Learning Spaces Peer Learning Handbook | Peeragogy.org Age of Learning The Sonic Chair - Surround Sound ShareThisThe sonic chair provides a unique audio experience, allowing you to sit at the very center of a sound system. Whether you enjoy listening to symphony orchestras, rock concerts, or audio books – the integrated satellite speakers are precisely adapted to your ears. The two latest models even include an ipod docking station or a 20" mac touchscreen. The speakers are encased in a carefully crafted body that creates sufficient volume for powerful bass tones, while a specially developed body-focused sound membrane serves as backrest and further augment the lower frequencies – creating the feeling of a live performance. The open design ensures a resonance-receptive, well-balanced sound environment. Background noises will not disrupt the enjoyment of music or an audio book in the sonic chair. and the chair comes with many color options for the fabric interior: With iMac 20" touchscreen: with iPod docking station: integrated charging station and wired within with laptop side table: