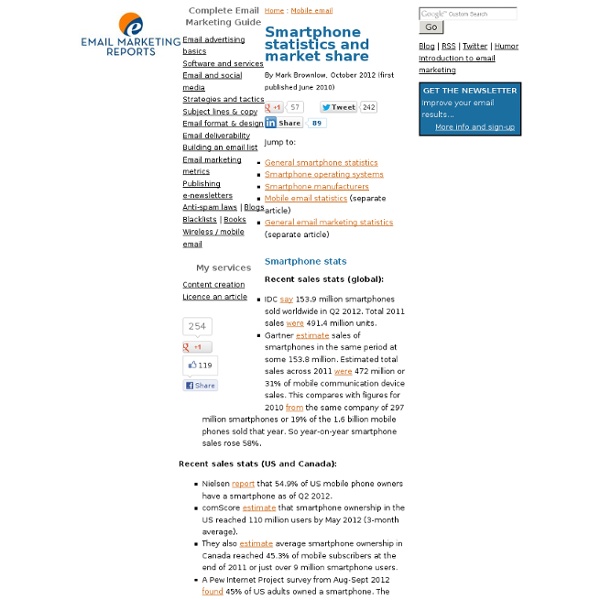 Facebook's US User Growth Rate Continues To Slow; Twitter Experiences Modest Gains With Facebook expected to hit the one billion mark later on this year, not only could such a target fall later than expected but the rapid growth that the site has experienced in recent years could slow down exponentially over the next few years, if a new report from eMarketer is to be believed. In a report released today, the analytics group found that, focusing on the site's user growth rate in the U.S., the company's growth rate percentage experienced a dramatic drop of 25.2 per cent between 2010 and 2011, falling from 38.6 per cent in 2010 down to 13.4 per cent by 2011. This year and the following two years are expected to continue this trend, the expected growth rate for 2012 is expected be more than halved (6.6 per cent) while for 2013, the figure will fall again to 3.9 per cent before stabilising for 2014 (3.6 per cent). The main reason behind this prediction is that Facebook has already converted the vast majority of U.S users and already have them on their site. Twitter's Growth

U.S. Consumer Spending on Online Deals to Reach $3.6B in 2012 | BIA/Kelsey Press Release Press Release BIA/Kelsey Forecasts U.S. Consumer Spending on Online Deals to Reach $3.6B in 2012 Twenty-six percent of local businesses say they are 'very' or 'extremely' likely to participate in an online deal in the next six months. CHANTILLY, Va. “After astronomical growth in 2012, the online deals marketplace is showing signs of maturity,” said Peter Krasilovsky, vice president and program director, BIA/Kelsey. Going forward, BIA/Kelsey envisions online deals will become an anchor for a platform of non-advertising small-business services. Merchant Adoption of Deals Findings from the latest wave of BIA/Kelsey’s Local Commerce Monitor (LCM) study of U.S. small businesses reinforce the strong continued interest in deals participation by local and small businesses. Click to expand/collapse graphics. BIA/Kelsey is presenting highlights from LCM Wave 16 today during a briefing to its advisory services clients at the SMB Digital Marketing 2012 conference in Chicago. About BIA/Kelsey

Hierarchy of Needs What motivates behavior? According to humanist psychologist Abraham Maslow, our actions are motivated in order achieve certain needs. Maslow first introduced his concept of a hierarchy of needs in his 1943 paper "A Theory of Human Motivation" and his subsequent book Motivation and Personality. This hierarchy suggests that people are motivated to fulfill basic needs before moving on to other, more advanced needs. This hierarchy is most often displayed as a pyramid. As people progress up the pyramid, needs become increasingly psychological and social. Types of Needs Abraham Maslow believed that these needs are similar to instincts and play a major role in motivating behavior. Maslow termed the highest-level of the pyramid as growth needs (also known as being needs or B-needs). Five Levels of the Hierarchy of Needs There are five different levels in Maslow’s hierarchy of needs: Criticisms of Maslow’s Hierarchy of Needs

Fox Sells Out Its Sixth UFC Event as Record Number of Clients Come Aboard The Ultimate Fighting Championship has gone mainstream, and the proof is in the ad inventory. On the eve of Fox’s sixth live UFC showcase, the network is completely sold out for the duration of its two-hour broadcast. And according to Peter Vesey, vp, ad sales, Fox Sports Media Group, the broadcaster has literally doubled down on advertising partners, now boasting 16 national clients for Saturday night’s UFC card. UFC newcomers include representatives from key categories, including beverages (Coca-Cola), insurance (Geico), automotive (Chrysler) and telecom/media (DirecTV). Among the returning sponsors is Anheuser-Busch InBev’s Bud Light, which has a multiyear contract in place with Fox. The most recent UFC on Fox broadcast, which featured six undercard and four main card bouts, delivered 4.4 million viewers on Dec. 8. Saturday night’s card will be structured like the December package, with Demetrious Johnson and John Dodson set to headline in the UFC flyweight championship bout.

Smartphone Final Numbers 2011 - All the stats including Q4 by handset brands, operating systems and installed bases Time to do the final count for 2011 smartphone numbers. This is the one big blog about all the smartphone numbers you could ever hope for.. So please mark this page for your reference in the future and do send your colleagues here too. As always, this Quarterly and Annual blog article series is as heavily based on global stats and facts as possile. So while my own analysis suggested somewhat a larger number of smartphones sold in Q4 when adding all of my individual data points, the total we have to live with for Q4 is 155.1 Million units sold. This blog article is also my official estimate (and that of my company, TomiAhonen Consulting) of the market shares both for Q4 of 2011, and as we finished the full year, this is also the final count for the full year 2011. I know some want the big picture numbers so here they are, first the full year - what will be most useful in the longer run - and then the Q4 results: Rank . 1 (3) . The overall industry grew by 63.2% in just one year. Rank .

sponsorships : MMAPayout.com: The Business of MMA Browse > Home / Archive by category 'sponsorships' Welcome to a special edition of Payout Perspective. This time we take a look at Pacquiao-Bradley II taking place at the MGM Grand Garden Arena. Pacquiao ousts Bradley It was even until the middle rounds when Timothy Bradley began to fade and Manny Pacquiao poured it on. Pacquiao now faces the winner of Juan Manuel Marquez-Mike Alvarado on May 17th. Even though Pacquiao should face the JMM-Alvarado winner, the LA Times is reporting that the Pacquiao camp is lobbying for a shot at Mayweather. Attendance Top Rank reported a sell out for the MGM Grand Garden Arena with 15,601 in attendance. On Tuesday, the Nevada State Athletic Commission announced 14,099 tickets were sold for a total gate of $7.9 million. According to NSAC the #PacBradley fight sold 14,099 and a gate of $7.8 million. The gate was approximately $7,865,100 which is the lowest in years for Pacquiao. Payouts The undercard payouts are as follows via Bad Left Hook: Sponsorships

Beverage packagers: It's time to think small - 2012-10-10 16:01:21 Posted by Lisa McTigue Pierce, Editor -- Packaging Digest, 10/10/2012 12:01:21 PM As 2013 planning season draws near, businesses will again intensely think about what consumers might want and need. Competition will continue to intensify and we will all continue to look for uncontested market spaces where we can add value. These spaces are increasingly hard to find, yet the emerging small household demographic represents such a space. Our market rules are undergoing great change and will be altered by a new dominant and growing demographic. That's because it isn't easy to embrace a new, and very different, reality. Infographic courtesy of Tetra Pak For beverage manufacturers, this signifies a sea change: it's time to think small. • The median size of new single-family homes dropped consistently from a peak of 2,268 square feet in 2006 to an even 2,100 in 2009, notes the National Assn. of Home Builders (NAHB). • For many, the Millennials are the most inexplicable. Source: Tetra Pak Talkback