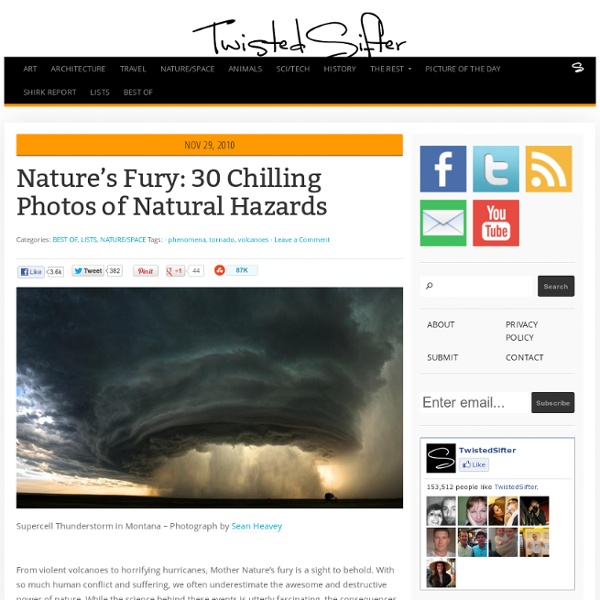 Marilyn Monroe: Rare Early Photos of a Hollywood Icon in 1949 “I’m sending only brief captions,” a LIFE magazine correspondent wrote to his editors in February 1949, in notes accompanying photographs of a little-known actress with a few small roles in mediocre films under her belt. “For one thing, time is of the essence in getting the pictures to a plane. For another, the processes shot are not terribly complicated, showing as they do how Marilyn trains herself for hoped-for movie stardom by consulting specialists in singing, dancing and drama and how she is worked on by them in the effort to produce a wrapped-up package of talent to back up her photogenic sex appeal.” How Marilyn trains herself for hoped-for movie stardom. Surely, we tell ourselves, she was always a star. Actually, no. And yet, Eyerman clearly saw enough of something, a special glimmer, in the fresh-faced beauty to chronicle the training that, as a practitioner of a craft, she evidently knew she needed. [Buy the LIFE book, Remembering Marilyn.]

The 30 Most Incredible Photographs of Volcanic Eruptions Puyehue Volcano, Chile – Photograph by CLAUDIO SANTANA/AFP/GETTY IMAGES The recent photographs from the volcanic eruption in Chile stirred up memories from last year’s disruptive volcano in Iceland as well as the incredible undersea volcano in Tonga the year prior. When volcanoes erupt, it’s a startling reminder to the awesome and terrifying power of Nature. From enormous plumes of ash to spewing lava and the menacing look of volcanic lightning, eruptions are a nature photographer’s dream. Here is a collection of the 30 most incredible photographs of volcanic eruptions both past and present. Enjoy! 2. Photograph by NASA 3. Photograph by CARLOS GUTIERREZ 4. Photograph by DANA STEPHENSON/GETTY IMAGES 5. Photograph by OLIVER SPALT A volcano is an opening, or rupture, in a planet’s surface or crust, which allows hot magma, volcanic ash and gases to escape from below the surface. Volcanoes are generally found where tectonic plates are diverging or converging. 6. Photograph by NASA 7. 8. 9. 10. 11.

Marilyn Monroe: Rare Early Photos of a Hollywood Icon in 1949 “I’m sending only brief captions,” a LIFE magazine correspondent wrote to his editors in February 1949, in notes accompanying photographs of a little-known actress with a few small roles in mediocre films under her belt. “For one thing, time is of the essence in getting the pictures to a plane. For another, the processes shot are not terribly complicated, showing as they do how Marilyn trains herself for hoped-for movie stardom by consulting specialists in singing, dancing and drama and how she is worked on by them in the effort to produce a wrapped-up package of talent to back up her photogenic sex appeal.” How Marilyn trains herself for hoped-for movie stardom. That casual mention of Marilyn Monroe, made in the context of a struggling young actress, is hard to reconcile with the image most movie fans harbor of arguably the single most famous film star of the 20th century. Surely, we tell ourselves, she was always a star. Actually, no. [Buy the LIFE book, Remembering Marilyn.]

storage - 60 Stunning Satellite Photos of Earth Looking at nature from different perspectives can create stunning compositions for your photographs. This couldn’t be more true than when we look at our planet from outer space and appreciate the reality of its beauty from such an incredible and rarely seen perspective. The images in this compilation are from the Landsat 7 satellite and were created to introduce the general public to the Landsat Program. Various combinations of the eight Landsat 7 spectral bands were selected to create the vivid RGB composites that we have featured. Here are 60 absolutely stunning images of the Earth as seen from outer space. Bogda Mountains - The Turpan Depression, nestled at the foot of China’s Bogda Mountains, is a strange mix of salt lakes and sand dunes, and is one of the few places in the world that lies below sea level. Akpatok Island - Akpatok Island lies in Ungava Bay in northern Quebec, Canada. Cancun - Known for its beaches and resort hotels, Cancun lies at the tip of Mexico’s Yucatan Peninsula.

storage - The Amazing Longsheng Rice Terraces Village elders have a saying in Longsheng: where there is soil there is a terrace. Two hours ride from the city of Guilin in Guanxi province the problem of growing rice on steep hills was long ago solved. From the Yuan Dynasty at the end of the thirteenth century the colossal task of terracing the Longsheng hills to provide a rice harvest began. It took four hundred years for the terraces, also known as Longjii, to be built. During that time countless generations toiled on the terraces to ensure the annual rice harvest which did little more than feed their families. The place changes from season to season. Pushed in to the hilly area during the Yuan Dynasty, the people who arrived here had a problem – a burgeoning population in a hilly area which would not yield many crops due to the terrain. This is human ingenuity at its best – natural rainfall is the sole water resource in this mountainous area. The Zhuang people call the terraces the Dragon’s Backbone.

Volcano Livecams - Volcano Livecam If you add a link, please add it in the form: "volcano name livecam of source" and also add it to the related volcano category. Please register on the left side near the bottom for this. Thank you for your contribution! See on the bottom of the page for a map which is showing all the registered livecams. Thanks to Fred Rostorfer, Jamie Trouskie, Kevin Rogers, J. Thanks also to the different other volcano live cam sites like Stromboli Online, John Seach, Eruptions blog, Volcanism Blog and many more. And last but not least: the biggest thank you goes of course to the operators of the different volcano live cams! Stefan, stromboli.org Yellowstone Volcano Observatory mh = Yellowstone National Park Yellowstone Monthly Update Thursday, April 03, 2014 1:57 PM MDT Current Volcano Alert Level: NORMAL Current Aviation Color Code: GREEN YVO's Mission The Yellowstone Volcano Observatory provides timely monitoring and hazard assessment of volcanic, hydrothermal, and earthquake activity in the Yellowstone Plateau region. FAQ about Recent News Reports - Earthquake, Ground Uplift, Animal Movement, and HeliumApril 02, 2014 Recent weeks have seen a flurry of news, real and imagined, about the Yellowstone volcanic system. Below is a brief FAQ about several topics that have appeared in recent news reports. Has earthquake activity at Yellowstone increased dramatically over the last month? Cumulative earthquake counts (provided by the University of Utah) located in region north of the Caldera, centered near Norris Geyser Basin, Yellowstone National Park, from April 1994 to April 2014. Is the recent episode of ground deformation worrisome?

Alaska Volcano Observatory Mount St. Helens VolcanoCams - Mount St. Helens National Volcanic Monument Welcome! Welcome to the home of the Mount St. Helens VolcanoCams. We have been providing near real-time images of Mount St. VolcanoCamHD One This is a near real-time view of Mount St. Some Camera Details This is a high definition camera using H.264 compression. Rotating Images Archive New camera images update to the server every three minutes. HD Camera One Archive. VolcanoCamHD Two This is a near real-time view of Mount St. This is a high definition camera that has been operating since 2007. HD Camera Two Archive. VolcanoCams Support No federal tax funds were used in the purchase of the VolcanoCam cameras and associated hardware. Discover Your Northwest is a 501(c)(3) nonprofit (PDF document warning) social enterprise based in Seattle, and are licensed to operate in Washington, Oregon, Idaho, California, and Montana. Discover Your Northwest are proud to be partners with the National Park Service, U.S. Contact Us Gifford Pinchot National Forest Mount St. 42218 N.E. Online Web Form

Yellowstone Has Bulged as Magma Pocket Swells The simmering volcano has produced major eruptions—each a thousand times more powerful than Mount St. Helens's 1980 eruption—three times in the past 2.1 million years. Yellowstone's caldera, which covers a 25- by 37-mile (40- by 60-kilometer) swath of Wyoming , is an ancient crater formed after the last big blast, some 640,000 years ago. (See "When Yellowstone Explodes" in magazine.) Since then, about 30 smaller eruptions—including one as recent as 70,000 years ago—have filled the caldera with lava and ash, producing the relatively flat landscape we see today. But beginning in 2004, scientists saw the ground above the caldera rise upward at rates as high as 2.8 inches (7 centimeters) a year. The rate slowed between 2007 and 2010 to a centimeter a year or less. "It's an extraordinary uplift, because it covers such a large area and the rates are so high," said the University of Utah's Bob Smith , a longtime expert in Yellowstone's volcanism. Smith and colleagues at the U.S.

Yellowstone Is Rising on Swollen "Supervolcano" November 8, 2007 Yellowstone National Park is rising. Its central region, called the Yellowstone caldera, has been moving upward since mid-2004 at a rate of up to three inches (seven centimeters) a year—more than three times faster than has ever been measured. The surface is inflating like a bellows due to an infusion of magma about 6 miles (10 kilometers) underground, according to a new study published in tomorrow's issue of the journal Science. But that doesn't mean Yellowstone is about to go the way of Mount St. "There's no evidence of an imminent eruption or hydrothermal explosion," said Robert Smith, a geophysics professor at the University of Utah who co-authored the study. "Supervolcano" Under Yellowstone Yellowstone is situated on a giant, geologically active feature known as a supervolcano. "It's hundreds of times bigger than Mount St. (Read related story: "Supervolcano Raises Yellowstone, Fuels Geysers, Study Says" [March 1, 2006].)