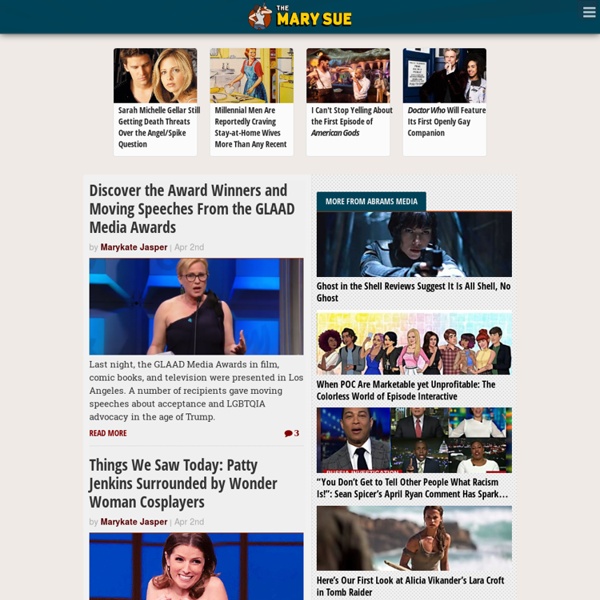 “Dude, I have gotten in some trouble for my little quotes and I am learning to whoop [zipped-lips motion]. I thought that I was saying things that were foregone conclusions. It turns out nothing is, and you will not be hearing from me on the Batman front.” – actress (and Ben Affleck’s wife) Jennifer Garner speaking with Collider. Garner previously made headlines when she barely said anything about Affleck’s Man of Steel sequel costume. ”I’ve seen the suit,” she told Entertainment Tonight. “The suit is unbelievably cool. It’s a total reinvention.

hope you’re not too tired to read this… Check this out! As many curbs as I’ve hit, I might just need these tires! Resilient Tech has been testing these out for some time now, developing them for the military. The Museum of Ridiculously Interesting Things Ridiculously Interesting Things Ridiculously Interesting Artists MofRIT Curators 64 Things Every Geek Should Know - laptoplogic.com The term ‘geek’, once used to label a circus freak, has morphed in meaning over the years. What was once an unusual profession transferred into a word indicating social awkwardness. As time has gone on, the word has yet again morphed to indicate a new type of individual: someone who is obsessive over one (or more) particular subjects, whether it be science, photography, electronics, computers, media, or any other field. A geek is one who isn’t satisfied knowing only the surface facts, but instead has a visceral desire to learn everything possible about a particular subject.

Technology news and new technology highlights from New Scientist - New Scientist Tech Cookies on the New Scientist website close Our website uses cookies, which are small text files that are widely used in order to make websites work more effectively. To continue using our website and consent to the use of cookies, click away from this box or click 'Close' PET - CyberWiki Thanks for visiting the CIS PET wiki. This is meant to be a list of free technologies aimed at empowering Internet users to gain better control over their data. It's very simple to add an entry---just click the "edit" tab, copy and paste the previous entry, and substitute the name, description, and address. Abine - A Firefox / Internet Explorer plugin that blocks third party advertising networks, manages HTTP, DOM, and Flash cookies, and securely manages site logins.

The Geek’s Guide to Getting Almost Anything for Free Does it pay to be Internet savvy? Yes. In more ways than many people imagine. Sure, the Internet is a great way to research just about anything you could ever want to know about; and it’s an outstanding communication, marketing, and entertainment tool. But the Internet can also save you a boatload of money. Can Going Without Money Hurt the Economy? One Man's Quest to Be Penniless Daniel Suelo is 51 years old and broke. Happily broke. Consciously, deliberately, blessedly broke. Not only does he not have debt, a mortgage or rent, he does not earn a salary. Nor does he buy food or clothes, or own any product with a lower case "i" before it.

Five Geek Social Fallacies Within the constellation of allied hobbies and subcultures collectively known as geekdom, one finds many social groups bent under a crushing burden of dysfunction, social drama, and general interpersonal wack-ness. It is my opinion that many of these never-ending crises are sparked off by an assortment of pernicious social fallacies -- ideas about human interaction which spur their holders to do terrible and stupid things to themselves and to each other. Social fallacies are particularly insidious because they tend to be exaggerated versions of notions that are themselves entirely reasonable and unobjectionable. It's difficult to debunk the pathological fallacy without seeming to argue against its reasonable form; therefore, once it establishes itself, a social fallacy is extremely difficult to dislodge. It's my hope that drawing attention to some of them may be a step in the right direction. In any event, here are five geek social fallacies I've identified.

Investors - GTSO Resources New joint venture partner GTSO finalizes joint venture agreement with Chilerecicla, a top recycling company in Latin America, to expand its current operations in Chile to surrounding countries in Latin America. This new joint venture Chilerecicla E-Waste is a major step for GTSO Resources to expand its operations globally in an explosive region such as South America. Chilerecicla provides comprehensive management service and consultancy for the recycling of e-waste all over Chile and is rapidly expanding into other countries across Latin America. The corporate philosophy is to develop and promote sustainable business practices in companies producing or selling electronic equipment as well as proper disposal of e-waste for reuse. To learn more, visit the website at www.chilerecicla.com.

Change the Windows 7 Login Screen Background Image When you login to your Windows 7 computer (assuming you haven’t used something like this tutorial to turn on automatic login), you’ll generally see a login window with a background looking something like this. It’s fine; there’s nothing wrong with it. But sometimes a change is good so in this article we’ll show you how to change the background image behind the login screen to anything you want. The first step is to open up the Start Menu by clicking the orb in the lower left corner of the screen. Now, in the Start Menu search box, type regedit, to open up the Registry Editor. When the Registry Editor appears in the Start Menu, click the Enter key to launch it. 8 Ways to be UBER Charismatic What did JFK, Marilyn Monroe and Hitler all have in common? They were all renowned charismatics that lit up every room they entered. You’ve most likely met one of these kinds before. The guy/girl at the party. They possess some strange quality that causes them to be liked by everyone and constantly at the center of attention.