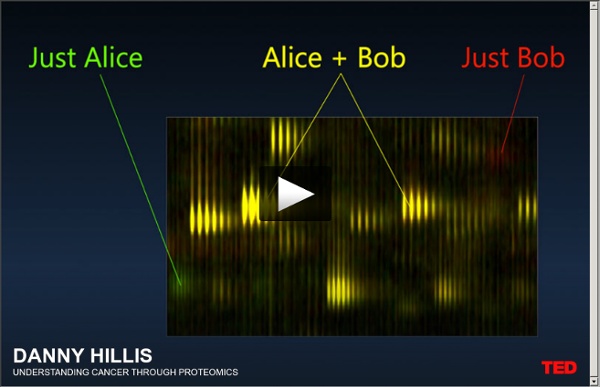 Sleep: Genes Cause People to React Differently to Lack of Sleep, Says Study <br/><a href=" US News</a> | <a href=" Business News</a> Copy No matter how little they sleep, some people can keep a skip in their step while others will yawn and struggle through the day. A new study from the University of Pennsylvania School of Medicine found that the reason could be in our genes. Researchers found that healthy people with one particular genetic variant were generally sleepier than those without the gene. About 25 percent of the general public has the genetic variant, called DQB1 *0602, but only a small percentage of them actually suffer from sleep problems. One person who has been told by his doctor that he may have this genetic variation is Robert Gibson, a 43-year-old machine shop supervisor in Milan, Illinois. "It feels like I am drugged down, like there's a heavy weight on me the whole next day," said Gibson. Genes and Heavy-Eyes

Cracking the Code of Life Cracking the Code of Life PBS Airdate: April 17, 2001 ROBERT KRULWICH: When I look at this—and these are the three billion chemical letters, instructions for a human being—my eyes glaze over. But when scientist Eric Lander looks at this he sees stories. ERIC LANDER (Whitehead Institute/MIT): The genome is a storybook that's been edited for a couple billion years. ROBERT KRULWICH: This is the story of one of the greatest scientific adventures ever, and at the heart of it is a small, very powerful molecule, DNA. For the past ten years, scientists all over the world have been painstakingly trying to read the tiny instructions buried inside our DNA. J. FRANCIS COLLINS (National Human Genome Research Institute): This is the ultimate imaginable thing that one could do scientifically...is to go and look at our own instruction book and then try to figure out what it's telling us. ROBERT KRULWICH: And what it's telling us is so surprising and so strange and so unexpected. I'm Robert Krulwich. DR.

23andMe presents top 10 most interesting genetic findings of 2010 Public release date: 12-Jan-2011 [ Print | E-mail Share ] [ Close Window ] Contact: Jane E. MOUNTAIN VIEW, CA – January 11, 2011 – 23andMe has released its first annual list of what it felt to be the 10 most interesting and significant genetic findings in 2010, as part of an ongoing journey to understand the role of genetics in personal health and human development. "Our understanding of the human genome is accelerating at a phenomenal rate," stated Anne Wojcicki, co-founder and CEO of 23andMe. Customers of 23andMe have the opportunity to learn about how their genetics can influence their individual health traits, risk for developing certain diseases and conditions, reactions to a variety of medications, and ancestry. 1. If you've been looking at an apple or pear body shape in the mirror, take a closer look at your genetic variants. "SNPwatch: Apple or Pear? 2. The two studies' findings could lead eventually to the development of new types of treatments for childhood asthma. 3. 4. 5. 6.

The PCR Method - a DNA Copying Machine Lists of Nobel Prizes and Laureates The PCR Method - a DNA Copying Machine Play the Eye of the Donkey Game About the game PCR is a method by which a few fragments of DNA can be duplicated into millions in a couple of hours. The Nobel Prize The 1993 Nobel Prize in Chemistry was awarded for the invention of PCR, a method that made it possible to copy a large numbers of DNA fragments in only a few hours. Share this: Share on facebook Share on google_plusone_share Share on twitter More Sharing Services Share on email To cite this pageMLA style: "The PCR Method - a DNA Copying Machine". Recommended: The Legacy of Alfred Nobel On 27 November 1895 Alfred Nobel signed his last will in Paris. Play the Blood Typing Game Try to save some patients and learn about human blood types! Unlocking the Secrets of Our Cells Discover the 2012 awarded research on stem cells and cell signalling. Contact E-mail us Press Sitemap A-Z Index Frequently Asked Questions Terms Follow Contact | Press | Sitemap | FAQ | Terms Follow us:

The Ductile Helix: "Jumping Genes" May Influence Brain Activity Mobile DNA molecules that jump from one location in the genome to another may contribute to neurological diseases and could have subtle influences on normal brain function and behavior, according to a study published October 30 in Nature. (Scientific American is part of Nature Publishing Group.) Retrotransposons are mobile genetic elements that use a copy-and-paste mechanism to insert extra copies of themselves throughout the genome. Researchers from the Roslin Institute in Edinburgh, Scotland, have now comprehensively mapped retrotransposon insertion sites in the genomes of normal human brain cells for the first time. They used state-of-the-art DNA sequencing technology to screen for retrotransposons in tissue samples taken postmortem from three individuals who were healthy when alive and had no neurological disease or signs of abnormality in their brain tissue. "Each sample had its own set of unique retrotransposition events," senior author Geoffrey Faulkner says.

The Illustrated Guide to Epigenetics Illustrations by Joe Kloc This month marks the ten-year anniversary of the sequencing of the human genome, that noble achievement underpinning the less noble sales of 23andMe's direct-to-consumer genetic tests. To commemorate the scientific occasion, we've created an illustrated introduction to one subfield of genetics likely to produce even more dubious novelty science projects someday: epigenetics. What is epigenetics? Human life begins as a single cell equipped with all of the genetic information—known as the genome—it will need to develop into a full-grown adult. FIGURE 1: Through a process called mitosis, a single cell (A) splits into two cells (B) with identical genetic information. FIGURE 2: DNA coils around proteins called histones, forming a nucleosome. How does the epigenome work? Molecular "caps" called methyl groups can be attached to genes in order to effectively block them from giving instructions to the cell (FIGURE 3). Where do the different epigenomes come from?