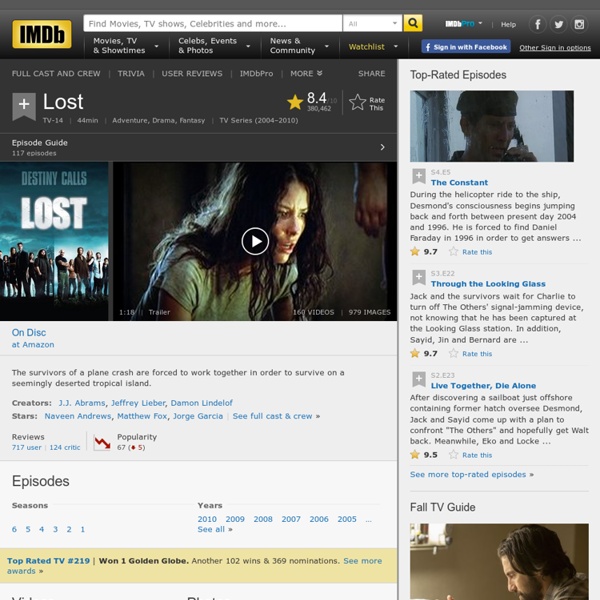 Edit Storyline After a mysterious and bloody airplane crash, 48 survivors are left stranded on a Pacific Island... miles off course. It soon becomes apparent that they will not have to cope only with the forces of nature, but with the island's secrets, including the Dharma Initiative, the 'Lost Numbers', the "others" (or hostiles) and the strange black smoke- to name a few. There is also much more than meets the eye, as it becomes apparent that everyone is connected in some way and that everyone has a purpose to live on the island... and for some, to die. Written by Anonymous

Friends (TV Series 1994–2004 Sherlock (TV series) Sherlock is a British television crime drama that presents a contemporary adaptation of Sir Arthur Conan Doyle's Sherlock Holmes detective stories. Created by Steven Moffat and Mark Gatiss, it stars Benedict Cumberbatch as Sherlock Holmes and Martin Freeman as Doctor John Watson. Nine episodes have been produced, the first three of which aired in 2010. Series two aired in 2012, and a third series aired in 2014. The third series has become the UK's most watched drama series since 2001.[1] Sherlock has been sold to over 200 territories.[2]