The Most Terrifying Video You'll Ever See 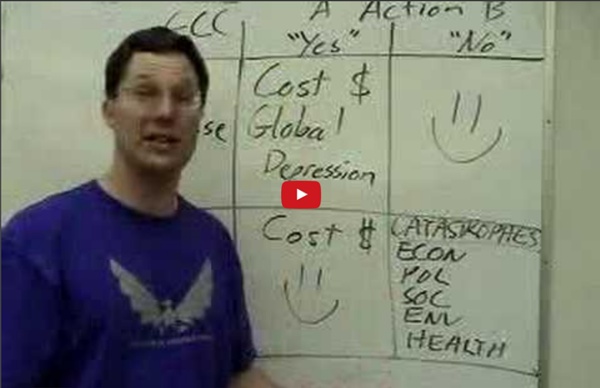 LEAKED: The Internet Must Go How Climate Change Endangers Microbes--And Why That's Not a Good Thing With another year of record-breaking warmth just over, the passage of a new climate treaty is definitely timely. But even if these new diplomatic and legislative efforts are successful the planet is ensured some amount of long-term warming—enouigh that around 8% of species are likely to go extinct due to climate change. If the warming is greater than current models project, that number could double. In all likelihood, though, those numbers are an underestimate, because there are species that no climate scientists are keeping track of. In fact, there are a lot of them, and we may come to miss them quite a bit if they disappear. There are currently no published studies of how climate change may cause extinction of microbial species. In experiments at the Harvard Forest, for example, long-term artificial warming led to reductions in both total and active microbial biomass as well as to changes in how the soil community behaved1. References: 1. 2. 3. 4.

Impacts of Global Warming on the Environment | UCAR - University Corporation for Atmospheric Research Findings from the 2007 IPCC report The 2007 IPCC report examined data on numerous changes to natural systems that have already been observed, as well as the potential for future impacts. A climate that's already changing Current environmental impacts and prospects for the future Changes in weather Heat and heat waves Rain, snow, and drought Stormy weatherChanges in ecosystems Polar and mountainous regions Plant life Wildlife Related FAQ What is the Intergovernmental Panel on Climate Change (IPCC)? A climate that's already changing Climate is always changing, but the changes we've observed in the last several decades are best explained as a combination of natural and human-made causes. The first IPCC report, issued in 1991, discussed changes we could expect decades in the future. Some of the trends now under way—such as warmer nights during heat waves and heavier bursts of rain and snow—are expected to continue. View an interactive map of potential impacts of climate change. back to top