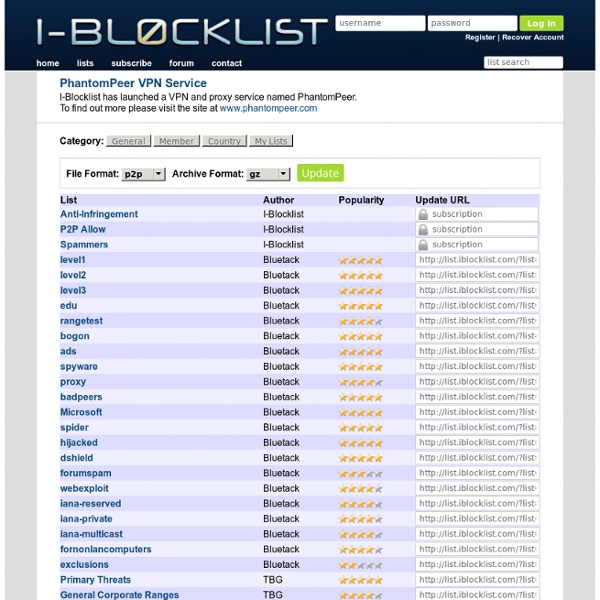 MalwareURL How to Run Your Favorite Programs at Work Without Admin Access Many people have probably experienced this problem — you are at work and want to use your favorite programs, but you don't have the admin access that you need to install software. There is a way to run software on Windows without needing to install anything. It's the perfect solution for restrictive work environments and public Internet cafes. Running Linux Inside of Windows With QEMU For Linux users who are stuck on Windows at work all day, it's easy to run a copy of Damn Small Linux in a window inside of Windows XP. Go to the Damn Small Linux download pageDownload the current version of dsl-embedded (the current version is Damn Small Linux 3.1 and the file is called dsl-3.1-embedded.zip)Unzip the downloaded fileDouble-click on the file called dsl-windows.bat Damn Small Linux will then be running in a window on your Windows XP computer. The window that Linux runs in is an emulator called QEMU. Freeing Computers With Portable Apps Is your boss a "Microsoft-only" kind of guy? Summary

Dead Reckonings » Magnetic Deviation: Comprehension, Compensation and Computation (Part II) William Thomson called them “beautiful and ingenious geometrical constructions,” and in variance to their rather humdrum name dygograms are certainly charming to the eye. But these geometric constructions can conveniently generate and then calculate the magnetic deviation of a ship compass at a location. With our electronic calculators and computers, we take for granted the effortless arithmetic and trigonometric calculations that so vexed our ancestors. Pre-calculated tables for roots and circular functions, generated through hard work, were often used to create tables of magnetic deviations for specific ships and locations. To reduce the chance of misreading these tables, a few types of graphical diagrams, not just dygograms, were invented to provide fast and accurate readings of magnetic deviation. Computing the Magnetic Deviation There were a few graphical methods of looking up the magnetic deviation on a ship at sea. Dygograms Dygogram I x = b cos θ + a cos 2θ y = b sin θ + a sin 2θ

a free web analysis tool Fireshark is a toolset, that captures web traffic from the core of your web browser, exposing inbound and outbound network and internal process events for post-process analysis. Main use: Mass Injection Analysis Redirection Chaining Deobfuscation Analysis Content Profiling Fireshark is free to use. 64 Things Every Geek Should Know « Caintech.co.uk If you consider yourself a geek, or aspire to the honor of geekhood, here’s an essential checklist of must-have geek skills. The term ‘geek’, once used to label a circus freak, has morphed in meaning over the years. What was once an unusual profession transferred into a word indicating social awkwardness. As time has gone on, the word has yet again morphed to indicate a new type of individual: someone who is obsessive over one (or more) particular subjects, whether it be science, photography, electronics, computers, media, or any other field. A geek is one who isn’t satisfied knowing only the surface facts, but instead has a visceral desire to learn everything possible about a particular subject. A techie geek is usually one who knows a little about everything, and is thus the person family and friends turn to whenever they have a question. 2. If you rolled your eyes here, that is a good thing. 1. 3. 4. 5. 6. 7. 8. 9.

Normal mode Vibration of a single normal mode of a circular disc with a pinned boundary condition along the entire outer edge. See other modes. A flash photo of cup of black coffee vibrating in normal modes A normal mode of an oscillating system is a pattern of motion in which all parts of the system move sinusoidally with the same frequency and with a fixed phase relation. When relating to music, normal modes of vibrating instruments (strings, air pipes, drums, etc.) are called "harmonics" or "overtones". The most general motion of a system is a superposition of its normal modes. The concept of normal modes also finds application in wave theory, optics, quantum mechanics, and molecular dynamics. Mode numbers[edit] A mode of vibration is characterized by a modal frequency and a mode shape. In a system with two or more dimensions, such as the pictured disk, each dimension is given a mode number. Each mode is entirely independent of all other modes. Nodes[edit] Coupled oscillators[edit] Solving for , i.e. .

How to Use WinterBoard: A Walkthrough - Tutorials - iPhone Themes, iPad Themes While we might not see a free version of SummerBoard, one of the most highly-anticipated jailbroken apps, iPhone customization-junkies are turning to an alternative: WinterBoard. For those of you who don't know what SummerBoard is, it's an application that runs in the background of your iPhone and allows you to easily apply pre-made and custom themes that you can download directly from Installer / Cydia. The themes can have customized elements such as icons, backgrounds, title bars, docks, etc.. SummerBoard was created by a company named Nullriver (also the original creators of the famous Installer.app or Apptapp Installer, as well as the controversial Netshare App). Nullriver licensed the rights of SummerBoard, and Installer, to a new company called RIP Dev. RIP Dev has an application you can purchase ($45 for an unlimited subscription) that now has a more advanced feature-set of SummerBoard included (called FaceLift). Walkthrough 1. 3. Tap the WinterBoard icon on the Springboard. 4. 5.

ZeuS Tracker :: Monitor Below is a list of all ZeuS C&Cs as well as Fake URLs which are currently known to the ZeuS Tracker. You can browse the ZeuS Tracker to get a list of ZeuS C&Cs and FakeURLs in a specified Country or AS number. Additionally the ZeuS Tracker provides a feature which allows to filter the ZeuS C&Cs for specified Nameservers, Level, Status and many more. Each ZeuS C&C or FakeURL is tagged with a . Level Description Level 1 Bulletproof hosted Level 2 Hacked webserver Level 3 Free hosting service Level 4 Unknown Level 5 Hosted on a FastFlux botnet Additionally, every host is at least in one of the following category: Hosts which are tagged as CC are ZeuS Command&Control servers Hosts which are tagged as FU are referenced by ZeuS as FakeURLs You can also search the ZeuS Tracker for domains, IPs, urls, MD5 hashes or FakeURLs: Browse: ZeuS BinaryURLs | ZeuS ConfigURLs | ZeuS Dropzones Malware filter: ZeuS | Ice IX | Citadel

Mac Hacks: 17 AppleScripts To Make Your Life Easier - Smashing Magazine Advertisement If you are an experienced professional, chances are you have a good set of tools and a work process that you repeat on a daily basis to handle your work. That’s good; it’s how you become more productive, and become an expert. But with repetitive processes come repetitive mechanical work. AppleScript is a scripting language developed by Apple to help people automate their work processes on the Mac operating system. Quite a few AppleScripts are available on the Web, ready for you to use, so you don’t even need to look at their code. If you’re interested in learning this language, here are some good resources to get started: Official AppleScript Website Apple’s page on AppleScript.AppleScript Language Guide Apple’s in-depth guide to AppleScript.MacScripter The greatest AppleScript forum.Learning AppleScript Macworld’s article on the fundamentals of writing AppleScripts.AppleScript Users AppleScript Mailing List. First, Where To Put Your AppleScripts Simple Scripts Droplets 1. 2.

Virus Watch Here you can see the malicious programs we have detected - in real-time. Every time one of our analysts adds a signature the list is updated. The first column shows the exact time that a program was added to the antivirus databases. The second column shows the time that an antivirus database update containing this detection was released. If you don't see the name of a specific malicious program, you can filter the list to find the detection and update times. You can also filter using wildcards. Please note that this is not a complete listing of all malicious programs which can be detected by Kaspersky Lab products, but the archive of the VirusWatch service which was launched in .