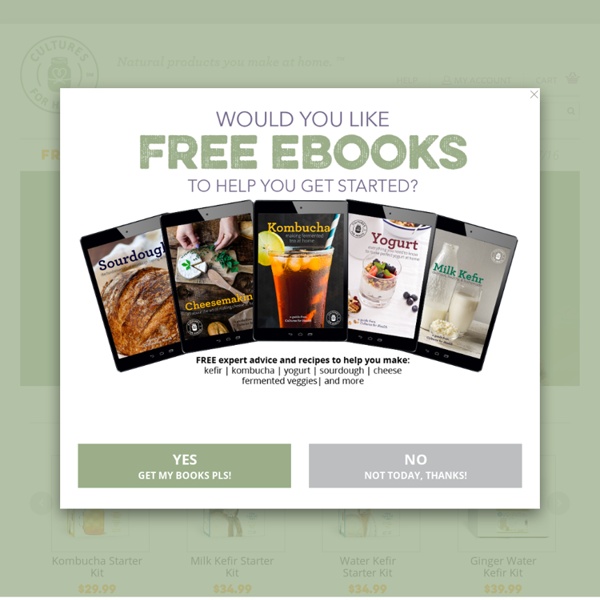 One of these is not like the others. - Simple Daily Recipes I just wanted you to see the differences in the yolks from chickens that eat grains, mixed grain & grass & insects, and chickens that only feed on grass and insects. Their flavors are as distinctive as the colors indicate. The bottom yolks shown are FAR BETTER than the flavorless yolk at top. And that's all I've got to say about that. Have you ever considered having chickens? I keep 3 chickens in my backyard and they are so easy to care for. If you're in a place in your life where you would like to raise chickens. Build a Chicken Coop Easy To Follow Step-By-Step Plans For Building Your Own Chicken Coop Everything you need to know to raise one chicken or one hundred.

Ridiculously Easy Homemade Dill Pickles At my farmer’s market, there’s an amazing pickle stand with about 12 different kinds of delicious homemade pickles. They have garlic pickles, super dilly dill pickles, sweet pickles, spicy pickles and all the flavors in between. I love my pickles so the pickle stand was a weekly must stop for me. …..Until I realized how ridiculously easy it was to make my own homemade pickles. This will literally take you 10 minutes tops and in 3-7 days, you’ll have the best homemade pickles in town. The recipe down below is a basic recipe for old fashioned homemade easy dill pickles and it’s my very favorite, cut right out of a falling apart old, old church recipe book that I think was my grandmother’s (best kind of recipes, right?!). Oh! Ridiculously Easy Homemade Dill Pickles Makes 1 quart sized jar Ingredients: cucumbers 2 cloves of garlic 2 sprigs of fresh dill (the flowered heads of the dill taste the best for these pickles, so use them if you can get them) ½ tsp coriander seeds ¼ tsp mustard seeds

Making yogurt without using commercial yogurt or starter I am happy to see that there has been a positive response to my posting about ant-yogurt. It actually seems like a plausible means of bacteria transference, more so than the cow stomach theory (which I am not saying is not true). I mean, the stomach and the udder, as far as I know (I am no zoologist, but feel confident about this claim), are not connected in a cow. So how would the "contamination" occur? I imagine something like this conversation on a farm way way WAY back in the day:"Hey Ma, daddy and Jose just butchered the cow and gave me this here cow stomach. It's naaasty. The ant approach, on the other hand, is much more logical. (Incidentally, "yogurt" is one of a tiny number of Turkish words that made it into English. I mean, it seems like it could happen pretty easily, some ants carrying the appropriate bacteria could easily find themselves in milk. "Hey Ma, I'm thiiiiirsty. Anyways.

IMBB 6: kelaguen mannok this wednesday, july 21st, is the 60th anniversary of guam's liberation by us forces from japanese occupation in world war 2. although the core of the many events is solemn, it *is* a celebration of and by the local people, known as chamorros. for my first "is my blog burning?" entry, i wanted to submit a chamorro dish in honour of the unique culture of the island. i decided on kelaguen mannok, chicken kelaguen, which is a standard local dish. it is basically a chopped chicken ceviche-type dish with freshly grated coconut, hot red chilis, and onions. however simple it is, it comes with a complex history reflecting guam's native culture, the influence from hispanic, latino, and filipino cultures during its time in the 16th century spanish empire, and the far east asian influence during the japanese occupation in the 1940s. this is what you'll need: this is what you'll do: put all the ingredients in a bowl. mix them up. adjust the acid--is it not lemony enough for you? i hope you enjoy it!

Fankhauser's Cheese Page Here is an abbreviated (roughly) alphabetized table of recipes on this site. Note that some are homesteading recipes beyond cheese: Links? Here is a new page for beginning cheese makers which lists a series of cheese making projects starting with the simplest to the more challenging. I have been making cheese since the early 1970s when my wife, Jill and I began "homesteading" on a little farm in SW Ohio. Here are recipes for cheese and other fermented food products, and milk-related information pages, all alphabetical except for the first and newest additions. Alphabetical listing of Recipes and Topics. Links to other Cheesemaking sites, Discussion Groups, etc. Here are some links that I have participated in over the years. If you are interested in an email-based discussion group, try "Cheesemakers List - Artisansrus.com". I have purposely tried to develop recipes which use ingredients easily found locally in supermarkets. Send Email to:

Mexican Ceviche Recipe | Ceviche Recipes from Around the World Photo Courtesy of Allrecipes.com Serves 6 Ingredients: 2 pounds of shrimp ½ pound of white fish – sea bass fillet for example (dice into ½ inch cube)3 large limes1 small lemon1 medium diced fresh tomato½ small white onion, finely chopped ½ small green sweet pepper, chopped in cubes ½ jalapeño pepper, chopped in cubes ½ buch of fresh chopped parsley or chopped cilantro 1 teaspoon of olive oilsalt and pepper to tastelettuce leaves (to line serving bowls)avocado cut in slices (optional) corn chips (optional) Preparation: In a large bowl, gently mix the shrimp and fish with the lime juice and lemon juice and put it in the fridge for 1 hour or until shrimp and fish are opaque (this step cooks the shrimp and fish). In another bowl mix the tomato, onion, sweet pepper, jalapeño, cilantro/parsley, olive oil, salt and pepper. Mix all ingredients; cover the bowl and chill ceviche in the refrigerator until ready to serve.

Assignment: Yogurt Cheese! Hi all!! Did you think we left you in the lurch with two semi-tough assignments (gouda & cheddar)? Not to worry. For those of you still a bit nervous about making your own cheese...and those who want to forge something between lengthy assignments, we promised we'd keep adding some quicker/beginner cheeses to the mix!! The books author, Karen Solomon, says "Yogurt cheese- sometimes called strained yogurt, Greek yogurt, or labneh- is a sharper alternative to cream cheese, but it has a similar consistency and thus can easily take its place atop bagels or toast, stirred into mashed potatoes, or plaing the starring role in cheesecake. Yogurt Cheeseadapted slightly from jam it, pickle it, cure it by Karen Solomon 1 (32-oz.) container plain yogurt Instructions: Line a large bowl with a clean, think cotton or linen towel, positioning the middle of the towel in the bottom of the bowl. You'll end up w/ ~12 oz. of whey in the bowl and a very thick, spreadable tangy cheese in the cloth.