Photos - All your photos organized and easy to find 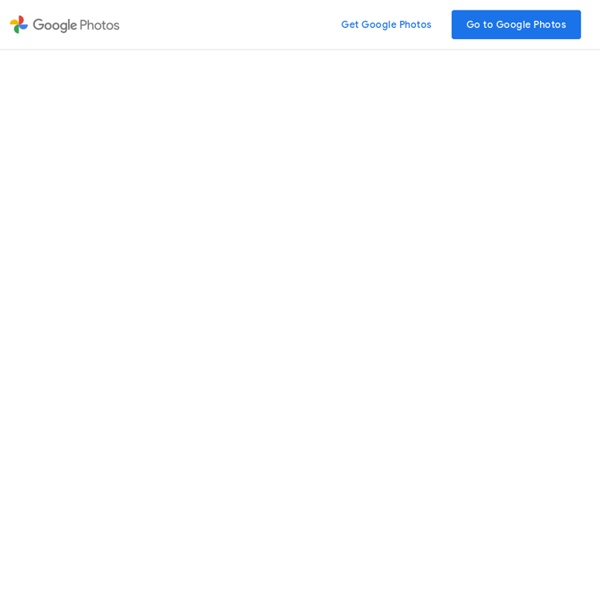 Elon Musk Just Gave Some Brilliant Career Advice. Here It Is in 1 Sentence Spearheading the sustainable energy movement. Attempting to solve rush hour traffic. Exploring the unknown regions of outer space. Download VSCO® Close Cart is empty. Go Shopping Cart Account 6 Emerging Educational Technologies and How They Are Being Used Across the Globe - InformED Each spring the New Media Consortium (NMC) and the EDUCAUSE Learning Initiative release a list of emerging technologies forecast to have a significant impact on higher education in the next one-to-five years. The NMC Horizon Report, now in its 14th edition, aims to “identify and describe emerging technologies likely to have an impact on learning, teaching, and creative inquiry in education.” This year, the following six edtech trends were identified by NMC’s expert panel as having “the potential to foster real changes in education, particularly in the development of progressive pedagogies and learning strategies, the organisation of teachers’ work, and the arrangement and delivery of content.”

This is the World's Friendliest City At least according to voters in our World’s Best Awards. Just three hours from the big city bustle of Dublin, sits the small, lively city of Galway. The town, which serves as the gateway to the rough-and-rugged Connemara region, makes tourists feel welcome with a mix of mirth and music, heritage and history. It’s no surprise that what is known countrywide as the “most Irish” city was also voted the World’s Friendliest City. Each year, as part of our annual World’s Best Awards survey, Travel + Leisure asks readers to weigh in on which cities around the globe make them feel especially welcome. This year Galway, Ireland won your hearts with a warm smile and a friendly wave.

Why a Bad Memory’s Not Such a Bad Thing General knowledge is overrated. Yes, it can help you feel clever playing quiz games, in arguments with friends, or shouting at the TV during a game show. But when was the last time there was any practical need for you to know the the author of Little Dorrit or the distance of Pluto from the Sun, and you were unable to look it up? Trivial Pursuit got its name for a reason. Yet every few months, the newspapers run a story lamenting the fact that a group of schoolchildren were unable to name the capital of Uganda or the molecular structure of Magnesium, and cite this as proof that education is in terminal decline.

Yes, the Internet Is Changing Your Brain As you read these words, your brain is being changed. Every day, as you surf the internet, clicking on hyperlinks, opening new tabs and windows, flicking between e-mail, Twitter, Facebook and whatever it was you were reading just now, your patterns of thought are changing. And neuroscientists have amassed solid evidence that when we change our thinking, we change our brain. In recent years, several prominent thinkers and writers have become concerned that heavy internet use is eroding their concentration, memory and capacity for deep thought. And as they have become aware of the findings of neuroscience, they are increasingly alarmed about what this is doing to their brains:

Twelve ways to make yourself a Gmail genius Show me what I want to see Want to see more of your inbox at a glance? Click the cog-wheel at the upper right of the Gmail web interface, then select “compact” to reduce the spacing between items (you can also choose “comfortable” for a more relaxed view). You can also view more conversations per page: click the cog, then select “settings” to open Gmail’s configuration page. Why Are There So Many Great Argentine Dancers? Buenos Aires is a curious city. It gets under your skin, with its mix of grandeur and grubbiness, its French-style apartment buildings and majestic trees looming somewhat wearily over perennially torn-up sidewalks. Fancy dogs, promenaded by harried dog-walkers, rub shoulders with extreme poverty and constant, low-grade protests. (We Argentines are champion complainers.) The city is suffused with a powerful sense of its former importance—Argentina was once one of wealthiest countries in the world—even as it recedes resentfully into the distant past. One of the most common questions a visitor is asked is, “What do people say about us in New York/London/wherever”?

The Teenage Brain Is Wired to Learn—So Make Sure Your Students Know It Adolescence is an exciting time as teenagers become increasingly independent, begin to look forward to their lives beyond high school, and undergo many physical, emotional, and cognitive changes. In that last category, teenagers can learn to take charge of their developing brains and steer their thinking in positive and productive directions toward future college and career success. The brain’s prefrontal cortex, which functions as the control center for executive functions such as planning, goal setting, decision making, and problem solving, undergoes significant changes during the teenage years. In an NPR interview, Laurence Steinberg, author of Age of Opportunity: Lessons From the New Science of Adolescence, notes that ages 12 to 25 are a period of extraordinary neuroplasticity. They have the capacity to become functionally smarter. By their early teens, many youths have already formed an image of themselves as intellectually capable—or not.

Meet The App That Has Transformed Reading for 2 Million People A Gallup poll conducted in 2015 found that a work week for the average full-time American employee is 47 hours (or nearly 6 days a week), and they usually have only 19 minutes to devote to reading. So imagine this: what if it were possible to take those 19 minutes of reading time a day and deliver people the kind of knowledge they need to be their best? Could a digital publishing company, by devoting all of its skills and heart to finding a solution, crack this problem?