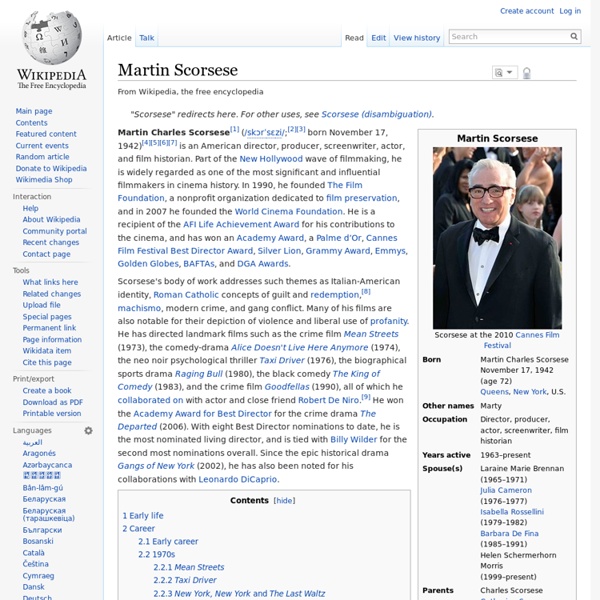 Paul Schrader Schrader's upbringing and critical writing[edit] Schrader was born in Grand Rapids, Michigan, the son of Joan (née Fisher) and Charles A. Schrader, an executive.[1] Schrader's family practiced in the Calvinist Christian Reformed Church,[2][3] and his early life was based upon the religion's strict principles and parental education. He did not see a film until he was seventeen years old, and was able to sneak away from home. In an interview he stated that The Absent-Minded Professor was the first film he saw. In his own words, he was "very unimpressed" by it, while Wild in the Country, which he saw some time later, had quite some effect on him.[4] Schrader refers his intellectual rather than emotional approach towards movies and movie-making to his having no adolescent movie memories.[5] The September–October 2006 issue of Film Comment magazine published his essay Canon Fodder which attempted to establish criteria for judging film masterworks. Film career[edit] Theatre career[edit]

David Lynch David Keith Lynch (born January 20, 1946) is an American film director, television director, visual artist, musician and occasional actor. Known for his surrealist films, he has developed a unique cinematic style, which has been dubbed "Lynchian", a style characterized by its dream imagery and meticulous sound design. The surreal, and in many cases, violent, elements contained within his films have been known to "disturb, offend or mystify" audiences.[2] Over his career, Lynch has received three Academy Award nominations[3] for Best Director and a nomination for best screenplay. Life and career[edit] Early life: 1946–1965[edit] Lynch had become interested in painting and drawing from an early age, becoming intrigued by the idea of pursuing it as a career path when living in Virginia, where his friend's father was a professional painter.[18] At Francis C. Philadelphia and short films: 1966–1970[edit] Los Angeles and Eraserhead: 1971–1979[edit]

Otto Preminger Otto Ludwig Preminger (5 December 1905 – 23 April 1986) was an Austrian American theatre and film director. Early life[edit] My father believed that it was impossible to be too kind or too loving to a child. He never punished me. When there were problems he sat down and discussed them with me reasonably, as though I was an adult. After the assassination in 1914 of Archduke Franz Ferdinand, the heir to the throne, which led to the Great War, Russia entered the war on the Serbian side. After a year in Graz, the decisive public prosecutor was summoned to Vienna, where he was offered an eminent position, roughly equivalent to that of the United States Attorney General. Career[edit] Theater[edit] As the war came to an end, Markus formed his own law practice. Preminger explained to his father that a career in theater was not just a ploy to excuse himself from school. Hollywood[edit] Sam Spiegel accompanied Preminger from Vienna to Paris by train. Laura[edit]

Ingmar Bergman Early life[edit] "I devoted my interest to the church's mysterious world of low arches, thick walls, the smell of eternity, the coloured sunlight quivering above the strangest vegetation of medieval paintings and carved figures on ceilings and walls. There was everything that one's imagination could desire — angels, saints, dragons, prophets, devils, humans". Although raised in a devout Lutheran household, Bergman later stated that he lost his faith at age eight and only came to terms with this fact while making Winter Light in 1962.[4] Bergman’s interest in theatre and film began early: "At the age of nine, he traded a set of tin soldiers for a magic lantern, a possession that altered the course of his life. Within a year, he had created, by playing with this toy, a private world in which he felt completely at home, he recalled. In 1934, aged 16, he was sent to Germany to spend the summer vacation with family friends. Career[edit] Film work[edit] Repertory company[edit] Financing[edit]

Christopher Nolan Christopher Jonathan James Nolan (/ˈnoʊlən/; born 30 July 1970)[1] is an British-American film director, screenwriter, and producer. He has created several of the most critically and commercially successful films of the early 21st century. His nine films have grossed over $4.2 billion worldwide and garnered a total of 26 Oscar nominations and seven awards. Early life[edit] Nolan was born in London. Nolan was educated at Haileybury and Imperial Service College, an independent school in Hertford Heath, Hertfordshire, and later read English literature at University College London (UCL). During his college years, Nolan made two short films. Career[edit] 1990s[edit] Early work and Following[edit] 2000s[edit] Memento and Insomnia[edit] —Nolan on the jump from his first film to his second.[19] Batman Begins, The Prestige and The Dark Knight[edit]

Quentin Tarantino Early life[edit] Tarantino was born in Knoxville, Tennessee in 1963.[6] He is the son of actor and amateur musician Tony Tarantino and nurse Connie McHugh.[7][8] He has a younger half-brother named Ron. Tarantino grew bored with the James Best Acting School and left after two years, although he kept in touch with all of his acting friends. Film career[edit] 1980s[edit] After Tarantino met Lawrence Bender at a Hollywood party, Bender encouraged him to write a screenplay. 1990s[edit] In January 1992, Tarantino's Reservoir Dogs was screened at the Sundance Film Festival. In Pulp Fiction (1994), Tarantino maintained the aestheticization of violence, for which he is known, as well as his non-linear storylines. 2000s[edit] Tarantino's film Inglourious Basterds, released in 2009, is the story of a group of Jewish-American guerilla soldiers in Nazi-occupied France during World War II. 2010–present[edit]

Steve McQueen (director) McQueen was born in London and is of Grenadian[9] descent.[10][11] He grew up in Hanwell, West London and went to Drayton Manor High School.[12][13] In a 2014 interview, McQueen stated that he had a very bad experience in school, where he had been placed into a class for students believed best suited "for manual labour, more plumbers and builders, stuff like that." Later, the new head of the school would admit that there had been "institutional" racism at the time. McQueen added that he was dyslexic and had to wear an eyepatch due to a lazy eye, and reflected this may be why he was "put to one side very quickly".[11] He was a keen football player, turning out for the St. Bear (1993) was McQueen's first major film, presented at the Royal College of Art in London. Five Easy Pieces (1995) is a short film by McQueen. Just Above My Head (1996) is a short film which shares close ties with McQueen's preceding film with the key theme of walking. Brockington, Horace.

Terrence Malick Early life[edit] Film career[edit] Malick started his film career after earning an MFA from the AFI Conservatory in 1969, directing the short film "Lanton Mills". At the AFI, he established contacts with people such as Jack Nicholson, longtime collaborator Jack Fisk, and agent Mike Medavoy, who procured for Malick freelance work revising scripts. He is credited with the screenplay for Pocket Money (1972), and he wrote an early draft of Dirty Harry (1971).[14] Paramount Pictures produced Malick's second film, Days of Heaven (1978), about a love triangle that develops in the farm country of the Texas Panhandle in the early 20th century. Chris Wisniewski about Days of Heaven and The New World[17] Following the release of Days of Heaven, Malick began developing a project for Paramount, titled Q, that explored the origins of life on earth. A. Malick's sixth feature, titled To the Wonder,[32] was shot predominately in Bartlesville, Oklahoma, and a few scenes were filmed in Pawhuska, Oklahoma.

Agnès Varda Agnès Varda (born 30 May 1928) is a French film director and professor at the European Graduate School.[1] Her films, photographs, and art installations focus on documentary realism, feminist issues, and social commentary — with a distinct experimental style. Early life[edit] Varda was born Arlette Varda in Ixelles (Brussels), Belgium, the daughter of Christiane (née Pasquet) and Eugène Jean Varda, an engineer on May 30, 1928.[2] Her mother was French and her father came from a family of Greek refugees from Asia Minor. When she was a teenager, she escaped Belgium in 1940 and fled to Sète, France to live with the rest of her family. She studied art history and photography at the École des Beaux-Arts. Personal life[edit] While living in Paris, she met her husband, Jacques Demy. Varda was one of the five people to attend Jim Morrison's burial in 1971 in Paris at the Père Lachaise Cemetery. Varda's handprints at Cannes Professional life[edit] Involvement in the French New Wave[edit] Style[edit]

David O. Russell Three of Russell's most recent films were critically acclaimed and commercial hits: The Fighter (2010), Silver Linings Playbook (2012), and American Hustle (2013). These films have earned Russell three Academy Award nominations for Best Director, as well as a Best Adapted Screenplay nomination for Silver Linings Playbook and a Best Original Screenplay nomination for American Hustle. Early life[edit] Russell was born in New York City to Maria (née Muzio) and Bernard (Markovski)[1][2][3] Russell. Russell received his A.B. degree from Amherst College, where he majored in English and Politics, in 1981.[4][19] He wrote his senior thesis on the United States intervention in Chile from 1963 to 1973.[20] Career[edit] Early career[edit] Russell directed a documentary about Panamanian immigrants in Boston,[23] which led to a job as a production assistant on a PBS series called Smithsonian World.[8] Spanking the Monkey[edit] Flirting with Disaster[edit] Three Kings[edit] I Heart Huckabees[edit]

AMC Movie Guide Billy Wilder Billy Wilder (/ˈwaɪldər/; German: [ˈvɪldɐ]; June 22, 1906[1] – March 27, 2002) was an Austrian-born American filmmaker, screenwriter, producer, artist and journalist, whose career spanned more than 50 years and 60 films. He is regarded as one of the most brilliant and versatile filmmakers of Hollywood's golden age. Wilder is one of only five people to have won Academy Awards as producer, director and screenwriter for the same film (The Apartment), and was the first person to accomplish this.[2] Life and career[edit] Austria and Germany[edit] Born Samuel Wilder to a Jewish family in Sucha Beskidzka, Austria-Hungary (it was the part of Poland that had been subjugated to the Austria-Hungary empire following the eighteenth-century partitions of the Polish-Lithuanian Commonwealth and after the end of WWI Poland again) to Max and Eugenia (née Dittler) Wilder, he was nicknamed Billie by his mother (he changed that to "Billy" after arriving in America). Hollywood career[edit]