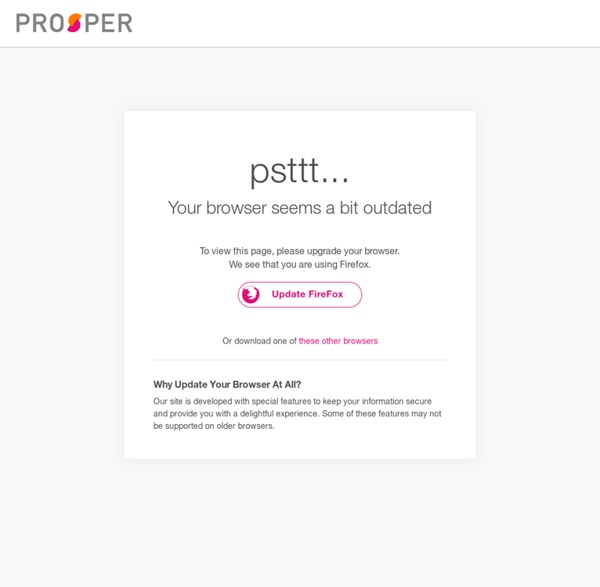 Solver Develops Solution to Help Clean Up Remaining Oil From the 1989 Exxon Valdez Disaster Boston, MA and Cordova, AK - November 7, 2007 - InnoCentive, the leader in prize-based Open Innovation sourcing, is helping to make a positive impact on Environmental Conservation by working with the Oil Spill Recovery Institute (OSRI) and other conservation groups. OSRI has posted 3 Challenges on the InnoCentive website, all dealing with oil spill recovery issues. The first of these challenges was solved last week by an oil industry outsider who used his expertise in the concrete industry to come up with the winning solution. John Davis, an InnoCentive Solver from the Central United States, was awarded $20,000 for his creative solution. jump on opportunities Over 580 candles sold in 40 days! 225 supporters joined in the value of handicraft made ??in Italy! FAMO crowdfunding

The Eight Pillars of Innovation The greatest innovations are the ones we take for granted, like light bulbs, refrigeration and penicillin. But in a world where the miraculous very quickly becomes common-place, how can a company, especially one as big as Google, maintain a spirit of innovation year after year? Nurturing a culture that allows for innovation is the key. Banks and Financial Service Providers Figure Prominently in FTSE4Good Attrition, DJSI Matriculation September 08, 2005 Banks and Financial Service Providers Figure Prominently in FTSE4Good Attrition, DJSI Matriculation by William Baue Corporate social responsibility plays an important role at banks and financial service companies, which are not only recipients but also increasingly purveyors of socially responsible investment. SocialFunds.com -- The two leading global socially responsible investment (SRI) index providers, the Dow Jones Sustainability Indexes (DJSI) and FTSE4Good, announced results of their annual reviews yesterday and today, and will reconstitute their indexes over the next weeks. High-profile names stud the DJSI lists, with McDonald's (ticker: MCD), Daimler-Chrysler (DCX), IBM (IBM), Colgate-Palmolive (CL), and Abbott Laboratories (ABT) amongst the 57 additions and Dow (DOW), Alcoa (AA), Fannie Mae (FNM), HJ Heinz (HNZ), Home Depot (HD), Mattel (MAT), and VW (VOW) amongst the 54 deletions.

French Startup SigFox Has Developed a Wireless Internet Service for Gadgets and Appliances All of the apps, movies, and games consumed on tablets and phones are only available because cellular networks deployed wireless technology to connect people to the Internet wherever they are. French startup SigFox thinks it can help usher in a second mobile Internet boom—by building cellular networks to serve not people but, well, things. SigFox is focused on connecting cheap sensors and “dumb” home appliances to the Internet. The goal is to make all kinds of appliances and infrastructure, from power grids to microwave ovens, smarter by letting them share data. The general concept, known as “the Internet of Things,” has been discussed in academic circles for years, but it has yet to come to life. The networks that serve humans are based on technology that isn’t suitable for sensors, says Thomas Nicholls, chief of business development and Internet of Things evangelism at SigFox.

Microwork Microwork is a series of small tasks which together comprise a large unified project, and are completed by many people over the Internet. [1] [2] Microwork is considered the smallest unit of work in a virtual assembly line. [3] It is most often used to describe tasks for which no efficient algorithm has been devised, and require human intelligence to complete reliably. The term was developed in 2008 by Leila Chirayath Janah of Samasource. [4] [5] Microtasking[edit] Microtasking is the process of splitting a job into its component microwork and distributing this work over the Internet. Crowd Investing The Journey to Legalize Crowdfunding Thanks to the support of people like you, all Americans will soon have the right to invest in startups they believe in. Congress just passed the CROWDFUND Act, allowing you to invest in what could be the next Facebook or own a piece of your local organic food market.

The Problem of Economic Calculation - Ludwig von Mises Since recent events helped socialist parties to obtain power in Russia, Hungary, Germany and Austria, and have thus made the execution of a socialist nationalization program a topical issue, Marxist writers have themselves begun to deal more closely with the problems of the regulation of the socialist commonwealth. But even now they still cautiously avoid the crucial question, leaving it to be tackled by the despised "Utopians." They themselves prefer to confine their attention to what is to be done in the immediate future; they are forever drawing up programs of the path to Socialism and not of Socialism itself. By Social Entrepreneurs, For Social Entrepreneurs® Welcome to SkollWorldForum.org former Social Edge users! Social Edge was an online community created by the Skoll Foundation from 2003 - 2013. The site has since closed as we have focused efforts on the new Skoll World Forum platform. However, if you were a Social Edge user, you will be pleased to know that all of your articles and comments have been saved and can be browsed below. In addition, if there is a specific piece of content or a particular author you are looking for, please use the search bar at the top of the screen.