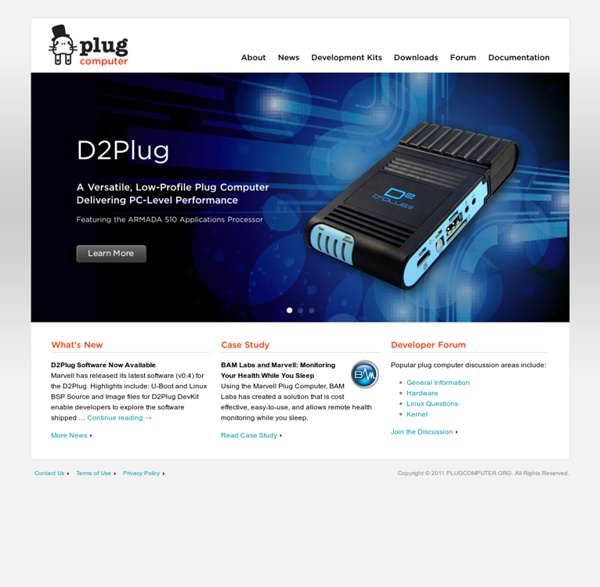 Mele A1000 is a $70 hackable, Linuxfriendly ARMbased PC The Raspberry Pi folks have been getting a lot of attention for their $35 PC with an ARM-based processor and support for some open source software. But as the cost of computer components continues to drop, the Raspberry Pi is hardly the only inexpensive PC capable of running Linux. The Mele A1000 is a system that sells for $70 and up and which features a number of components that the Raspberry Pi lacks — including a SATA port, a case, and a faster processor. Powered by a 1 GHz Allwinner A10 ARM Cortex-A8 processor, the Mele A1000 should be noticeably faster than the Raspberry Pi, which has a 700 MHz ARM11 chip. While the Mele A1000 is described as a TV box, it’s basically a little ARM-based computer with HDMI, VGA, USB, and Ethernet ports, as well as support for an external SATA hard drive. Ali Express is selling the box for $70 plus shipping, or you can spend $100 to get a version from DealExtreme with a remote control, external hard drive cover, and Android 2.3 software. thanks aftermath!

$100 Linux wall-wart launches Marvell Semiconductor is shipping a hardware/software development kit suitable for always-on home automation devices and service gateways. Resembling a "wall-wart" power adapter, the SheevaPlug draws 5 Watts, comes with Linux, and boasts completely open hardware and software designs, Marvell says. In typical use, the SheevaPlug draws about as much power as a night-light. Yet, with 512MB each of RAM and Flash, and a 1.2GHz CPU, the unobtrusive device approaches the computing power found in the servers of only a decade ago. Furthermore, the platform is available in single quantities, and is priced within reach of students, hobbyists, and tinkerers. Its hardware design is completely open -- everything from schematics to Gerber files will be available on a website, Marvell said. On the software side, the company says ARM ports of several popular Linux distributions are already running, and included. SheevaPlug's ARM9-like core According to Tran, Marvell ships about a billion chips per year.

Make Custom Color Chalkboard Paint - Martha Stewart Kids Thanks to paint that dries into a chalkboard finish, your board can be whatever size you desire and placed wherever you like. Store-bought formulas come in traditional green and black. But you can also follow our recipe to mix your own batch in any shade. Tip: Start with flat-finish latex paint in any shade. Wall Calendar A home office is the ideal spot for a family planner. Mudroom Mural The bottom half of a mudroom wall is just the right height for pint-size Picassos -- when coated with store-bought green chalkboard paint. Message Center Write-on paint needn't be applied only to walls. Pantry Reminder Covered with chalkboard paint, a pantry door serves as the perfect place to keep a running shopping list.

BeagleBoard.org Online : On The Care and Feeding of Ideas: 10 steps in my personal process This piece was originally written for Paul Overton’s creative process blog Make & Meaning, which is now sadly defunct. In honor of our quarterly theme, I’m resurrecting it to live here at Make: Online. It is both touchier and feelier than we usually get, but I hope you will enjoy it, anyway. hatever else may be said of me, I am fundamentally a dreamer: I have ideas. Step 1: Give yourself permission Society does not always encourage us to express ourselves creatively. Step 2: Clean the slate One of my favorite American artists is an everyday-object sculptor named Tom Friedman. Every day I would bring an object from my apartment and place it somewhere in the space. When Tom Friedman came out of that room, he started making art that today is valued at millions of dollars by collectors all over the world. Step 3: Use a prompt I have a favorite personal exercise that I call a “junket.” Step 4: Write it down. Step 5: Do your research Step 6: Make it ugly and quickly, at first Step 7: Set it aside

UDOO: Android Linux Arduino in a tiny single-board computer Minecraft The classic! Often referred to as Minecraft: Java Edition, this supports cross-platform play between macOS, Linux and Windows. This edition supports user-created skins and comes with a FREE CODE for Windows 10 Edition, too! Windows 10 Edition features cross-platform play with any device running Minecraft: Pocket Edition and supports features which let you play in virtual reality with the Oculus Rift. If you own Minecraft for PC/Mac, you can get a free download code for this version from your Mojang account page. Android devices Play Minecraft on the move! Get inside the world of Minecraft with virtual reality. Minecraft on Xbox One supports split-screen play for up to four players, and offers a heap of extra cool stuff for you to download, like specially crafted skin-packs, console-only competitive modes, mini games and more! Get Minecraft on the go with Sony's handheld. Minecraft on Wii U supports split-screen play for up to four players and comes with the Mario Mash-Up Pack.