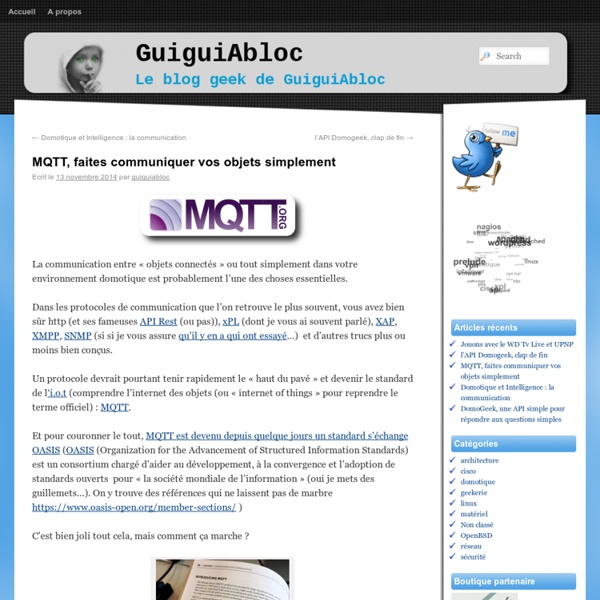 Gantry Router This machine has several options built in, or user definable. I like options, flexibility and adjustability. There is nothing worse than getting something you can't modify for your needs. Colors will vary depending on what I can get. Clear, frosted, smoke, black, etc. My Slim 2AA Battery Node Board releases(other colors might be selected when ordering) Version 2.0 (black) [order] Now designed in KiCad. "Final release". I'm not developing it further atm, but I know others have some projects going.Version 1.4 (red) My latest version in Eagle.

3D Printed Acoustic Holograms: Totally Cool, Not Totally Useless If you wave your hand under the water’s surface, you get a pattern of ripples on the surface shortly thereafter. Now imagine working that backwards: you want to produce particular ripples on the surface, so how do you wiggle around the water molecules underneath? That’s the project that a crew from the University of Navarre in Spain undertook. ARDUINO RF power & SWR meter -Use Arduino for Projects This sketch will readout RF power and SWR from any SWR bridge (for example ‘monimatch’ type). As this ‘monimatch’ type of bridge is frequency dependant, the meter must be calibrated for every band. Because my primary interest was for VHF/UHF/SHF, I have foreseen positions for 6m, 4m, 2m, 70 cm, 23cm and 13cm bands – but you can use the ARDUINO readout on HF as well. If you intend to build a HF or VHF bridge yourself, there are several designs available on the web : I recommend to take a look at the information here, here , here and there ! The meter will operate in 3 modes:

Real-Life Space Invaders with Drones and Lasers We’ve seen a proliferation of real-life video game builds lately, but this one is a jaw-dropper! [Tomer Daniel] and his crew of twelve hackers, welders, and coders built a Space Invaders game for GeekCon 2016. [Tomer] et al spent more time on the project than the writeup, so you’re going to have to content yourselves with the video, embedded below, and a raft of photos that they sent us. The Team (Credit: Tal Durek) Drone at Rest (Credit: Saron Paz) Making Invaders (Credit: Yariv Geller) Working Speakers (39 Devices Confirmed , 29 waiting Confirmation) last addition: Volumio Raspberry Pi 2 , Help Us to increase the list - Devices & Integrations / Connected Things - SmartThings Community I got my Rasberry Pi B+ working as a DLNA renderer. You can then connect that to any other audio speaker (external speaker, A/V receiver via HDMI/3.5mm). It's a really stable option. The only issue is that the built in 3.5mm output jack on the RPi is not very good - I don't think it's filtered, so it causes buzzing/humming. Easily remedied by using a USB to 3.5mm adapter, or sending Audio out over HDMI. Here's a link to the tutorial I followed.

1024 “Pixel” Sound Camera Treats Eyes to Real-Time Audio A few years ago, [Artem] learned about ways to focus sound in an issue of Popular Mechanics. If sound can be focused, he reasoned, it could be focused onto a plane of microphones. Get enough microphones, and you have a ‘sound camera’, with each microphone a single pixel. Movies and TV shows about comic books are now the height of culture, so a device using an array of microphones to produce an image isn’t an interesting demonstration of FFT, signal processing, and high-speed electronic design. It’s a Daredevil camera, and it’s one of the greatest builds we’ve ever seen. FAQ - Volumio Volumio is a collection of awesome utilities that works altogether to deliver the most confortable and complete music experience possible. Volumio will be the source of your Audio Gear. You just connect it like you would do with a CD player, or a Music PC. Then discover your music, connecting an Hard Drive or trough your network.

Win at Rock, Paper, Scissors Every Time With This Brilliant Trick There's a way to increase your odds of winning rock, paper, scissors — if only we had known these techniques in elementary school. Research has found there are a few simple ways to get an advantage over your opponents. The first throw: Men tend to pick rock as their first throw, maybe because rocks are more of a stereotypically masculine symbol, author William Poundstone says. Zibase Binding · openhab/openhab Wiki Introduction Zibase is a french home automation box that support multiple RF protocols including 433 Mhz (Chacon, Visionic, Oregon...), ZWave, EnOcean, X2D. The Zibase binding enable bi-directional communication between OpenHab and a classic Zibase. Currently, this binding allows to

Get a Flashing Meeting Reminder with a Raspberry Pi I work at home and I spend a lot of time on the phone talking to clients and vendors. My employer uses Google Apps (which includes Google Calendar and Gmail) and the appointment notification capabilities of both are not very robust. Well, they’re robust, but not enough to get me to actually show up for calls on time. What I find is that I often miss the notification when I’m busy doing something else or I notice the notification, but quickly forget about it just a few minutes later and ultimately miss some meetings or join late. One day, after being 15 minutes late for a meeting, I decided I had to fix this problem.