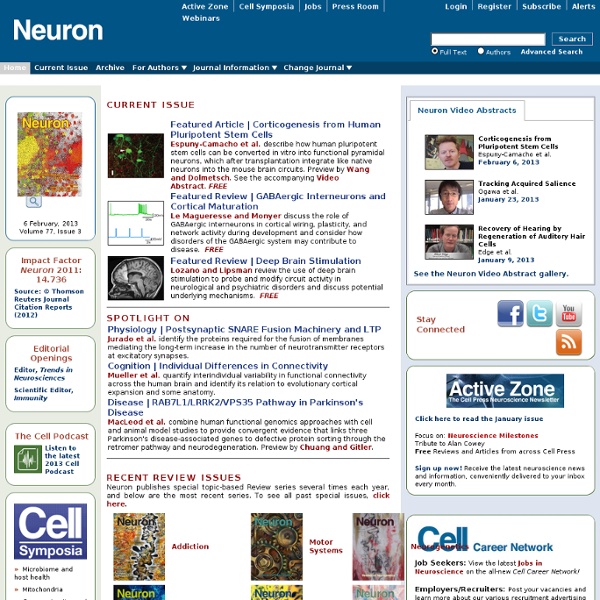 Nature Raphael Lis, Charles C. Karrasch, Michael G. Poulos, Balvir Kunar, David Redmond, Jose G. Schizophrenia Definition Schizophrenia is a chronic and severe mental disorder that affects how a person thinks, feels, and behaves. People with schizophrenia may seem like they have lost touch with reality. Although schizophrenia is not as common as other mental disorders, the symptoms can be very disabling. Signs and Symptoms Symptoms of schizophrenia usually start between ages 16 and 30. The symptoms of schizophrenia fall into three categories: positive, negative, and cognitive. Positive symptoms: “Positive” symptoms are psychotic behaviors not generally seen in healthy people. HallucinationsDelusionsThought disorders (unusual or dysfunctional ways of thinking)Movement disorders (agitated body movements) Negative symptoms: “Negative” symptoms are associated with disruptions to normal emotions and behaviors. “Flat affect” (reduced expression of emotions via facial expression or voice tone)Reduced feelings of pleasure in everyday lifeDifficulty beginning and sustaining activitiesReduced speaking

The Human Brain Cookies on the New Scientist website close Our website uses cookies, which are small text files that are widely used in order to make websites work more effectively. Find out about our cookies and how to change them Log in Your login is case sensitive I have forgotten my password close My New Scientist Look for Science Jobs Brain and mind Introduction: The human brain The brain is the most complex organ in the human body, and perhaps the most remarkable. How ancient needs still drive our weird ways REVIEW: 19:00 16 April 2014 In Snakes, Sunrises, and Shakespeare, evolutionary psychology pioneer Gordon H. Scans can be vital in judging severity of brain damage TODAY: 00:00 16 April 2014 Doctors use beside observation to gauge consciousness in people with brain damage, but PET scans may be more accurate at predicting recovery We turn brainwaves into sound for music and medicine INTERVIEW: 18:00 14 April 2014 The fourth state of matter: Consciousness THE BIG IDEA: 20:00 09 April 2014 How the human brain works

Neuroscience (PIBS), Rackham Graduate School, University of Michigan Details The Program in Biomedical Sciences at the University of Michigan is an interdisciplinary gateway program that coordinates admissions and the first year of Ph.D. studies for 14 department programs, including Neuroscience. PIBS offers you the flexibility and convenience of applying to any of our participating programs through one application. Program Overview The Neuroscience Graduate Program at the University of Michigan was constituted in 1971, making it the longest-standing neuroscience training program in the United States. Neuroscience graduate students on this campus form a cohesive group that promotes interactions among the faculty, making the Neuroscience Graduate Program the nexus of the neuroscience community. Faculty Program Director Ed Stuenkel, Ph.D. Faculty Everything we do is geared toward an interdisciplinary approach to research, one that fosters collaboration and innovation among our outstanding faculty and students. Degree Programs Strong candidates will possess:

Nucleus Medical Media: Medical Video, Animation & Illustration The Neurosciences Institute, La Jolla CA. Molecular and Integrative Physiology (PIBS), Rackham Graduate School, University of Michigan Details The Program in Biomedical Sciences at the University of Michigan is an interdisciplinary gateway program that coordinates admissions and the first year of Ph.D. studies for 14 department programs, including Molecular and Integrative Physiology. PIBS offers you the flexibility and convenience of applying to any of our participating programs through one application. We invite you to thoroughly explore Physiology and the other 13 programs before selecting your top preferences when you apply. Program Overview The Department of Physiology was established over 125 years ago and is among the oldest physiology departments in the country. In 2002, the department's name was changed to Molecular and Integrative Physiology (MIP) to more completely reflect our mission and the nature of our work. Our department has a storied history and a strong tradition for outstanding leadership in teaching, research and graduate education. Faculty Program Director Scott Pletcher, Ph.D. Degree Programs Courses

Science General Systematic enterprise that builds and organizes knowledge The Universe represented as multiple disk-shaped slices across time, which passes from left to right Science (from Latin scientia 'knowledge')[1] is a systematic enterprise that builds and organizes knowledge in the form of testable explanations and predictions about the universe.[2][3][4] History Science in a broad sense existed before the modern era and in many historical civilizations.[38] Modern science is distinct in its approach and successful in its results, so it now defines what science is in the strictest sense of the term.[3][5][39] Science in its original sense was a word for a type of knowledge, rather than a specialized word for the pursuit of such knowledge. Earliest roots Clay models of animal livers dating between the nineteenth and eighteenth centuries BCE, found in the royal palace in Mari, Syria Classical antiquity In classical antiquity, there is no real ancient analog of a modern scientist. Medieval science Notes